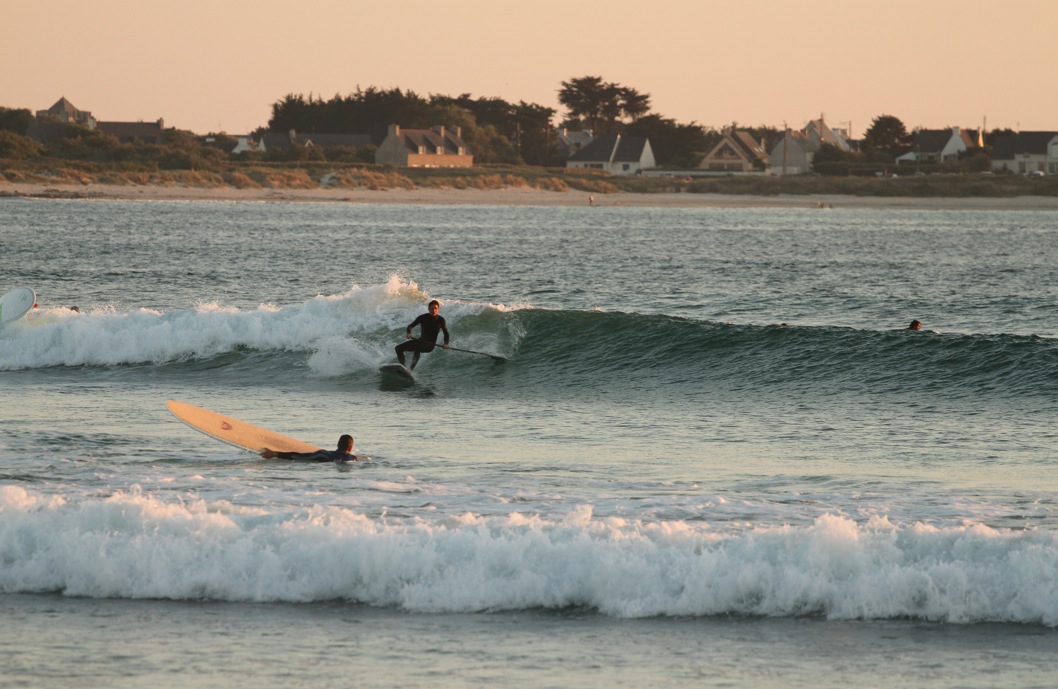 But once you’ve caught some waves you’ll no doubt be wanting to know which ones are the best to catch and which way you should be going on them.

In part 4 of the Zero 2 Hero Surf Features we’ll be looking at;

Waves are not all the same and they don’t always break in the same way or in the same direction. Therefore it’s very important to understand which way waves are likely to break and ideally which way you should be surfing them.  Surf breaks all around the world have different types of waves with different characteristics at each break. This is all due to the type and shape of the seabed which the waves are breaking over (we will be covering the different types of surf break in another feature). This feature will hopefully give you a good understanding of what waves you’re surfing at your local break and how to get the most out of your surf SUP sessions by picking the best waves and the best direction to ride them.

So… you’re at the beach and loving catching lots of waves, but have you noticed that sometimes waves stay unbroken (or clean) for a long time giving you really long rides, and then other waves break more quickly giving you shorter rides? This is all due to the type of wave and the direction it’s going in. Waves only ever break in three different ways – left, right and a close out. Or a combination of all three. In the galley below you can see three waves.  Two of which will give you a nice long ride and one which will give you a shorter ride straight towards the beach!

Understanding waves and being able to pick the best ones, is key to becoming a good SUP surfer. The most important thing to understand is what the waves are going to do before they start to break. Being able to see the swell come in towards the beach and then paddle to position yourself in the best possible spot to catch the best wave is what you ideally want to be able to do. Is it going to be a right, left or a close out? Or should you paddle past that wave and wait for the next? It’s not guess work,  the key to picking a beauty is all about being able to read the approaching wave i.e  the shape, shade and colour of the swell.

The picture above shows you 3 stages of a breaking wave. Two of the waves coming in (the next wave & left wave) are unbroken waves and one is a right breaking wave.

So next time you’re going for a SUP surf remember to think about what the waves are doing and what you need to do to get the most out of them. SUP surfing is fantastic for spotting waves on the horizon due to the fact that you’re standing up. You’ll know if you’re catching the best waves in the best direction because you’ll be catching way longer waves and all the surfers around you will be paddling after you because they know you can see what’s coming next. It’s a good way to make friends in the line up…