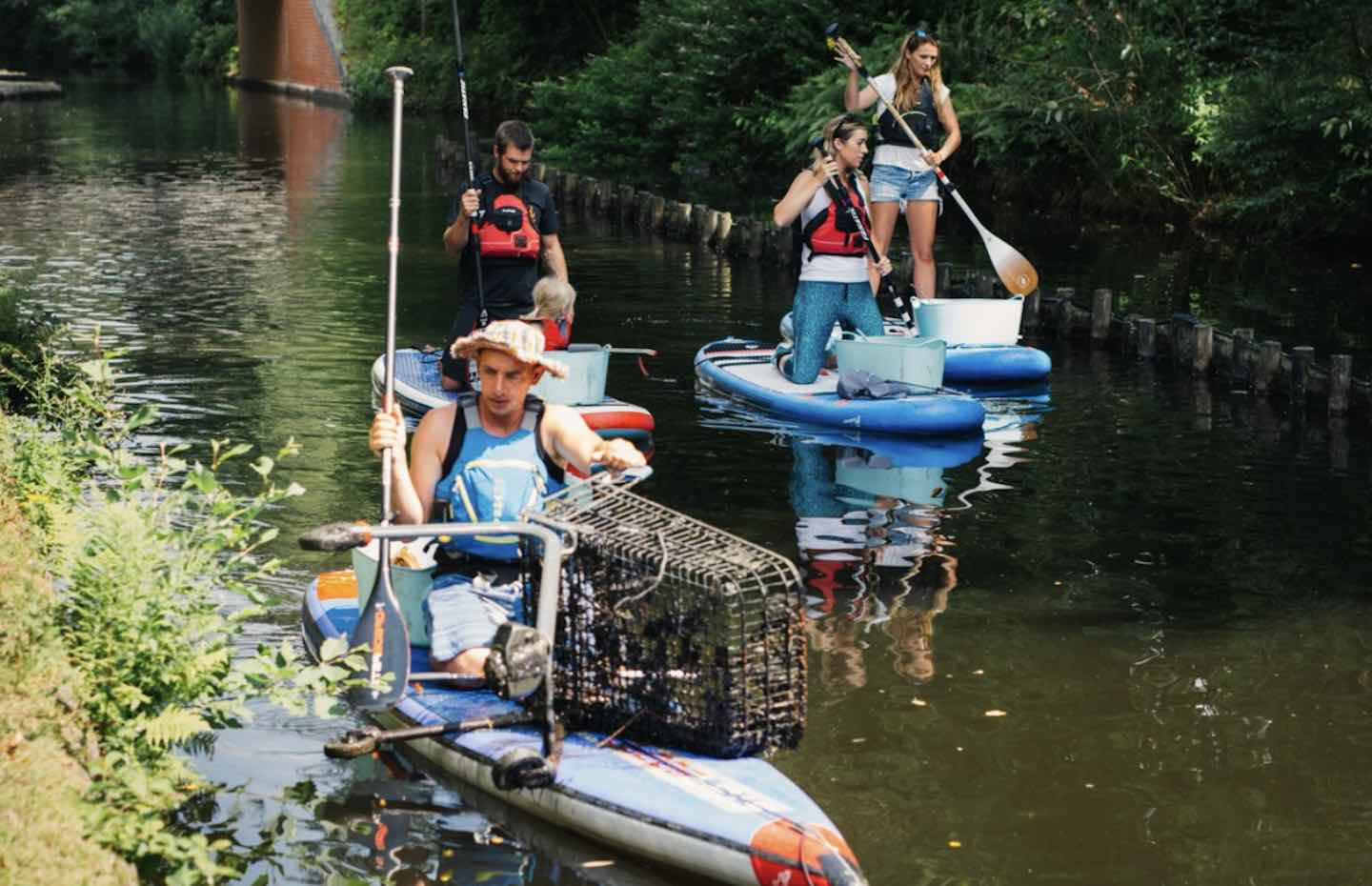 Brace yourselves! Planet Patrol has led a citizen science program for us paddlers to track litter waste on an app and the amount we found in 2020 is staggering.

Planet Patrol is a global movement that combines community activism with technology to tackle single-use materials and litter from source. The amount of plastic that the UK throws away is set to increase by over a million tonnes by 2030³. We can’t solve the problem without first understanding it. The data gathered by the general public presented in this report is incredibly valuable; it serves as evidence to hold brands and government accountable and help shape long-term, lasting solutions based on fact, not guesswork.

Planet Patrol has created an app for paddlers to track and record their waste. The results are published below.

Planet Report has released findings from its second annual litter report, which analyses data on litter pollution and the single-use crisis. All data has been collected by the public, giving insights into emerging litter pollution trends and behaviours across the UK during 2020. In response to the Covid-19 pandemic, the report also explores the impact of lockdowns and government restrictions on single-use litter pollution and, despite extensive media coverage on PPE throughout 2020, shows disposable plastic face masks and gloves only make up a small part of the problem.
Report highlights:
The report presents the data on 43,187 pieces of litter collected by the UK public and recorded on the Planet Patrol app between 1st January 2020 and 31st December 2020. 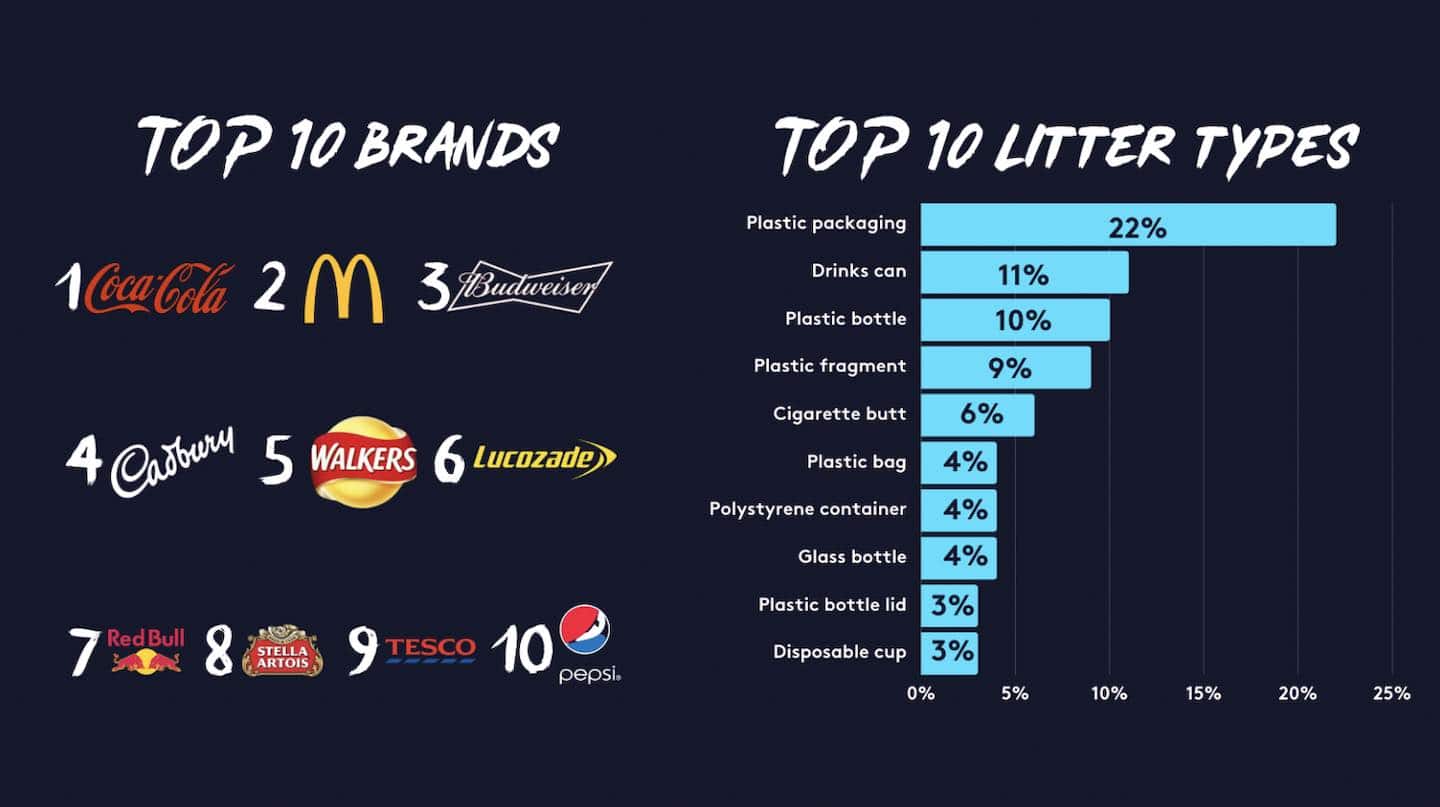 Highly recyclable items – such as metal drinks cans, plastic bottles and glass bottles – featured in the top 10 types of litter, highlighting the inadequacy of current recycling infrastructure and incentives and a lack of educational awareness on proper waste disposal by the general public. These types of litter could be recycled under the government’s proposed Deposit Return Scheme; however, further delays in consultations for the scheme mean details on what will be included remain uncertain. The Environment Bill, planned to be debated on 26th January 2021, has also now been delayed for the third time.

“The results presented in our 2020 Impact Report highlight not only the severity of the single-use crisis we face in the UK, but also a real lack of progress and prioritisation of environmental issues by our Government. Further delays to debates on the new Environment Bill prove that now, more than ever, we need citizens and businesses to show support for these new policies, to put pressure on Government to take them seriously and start implementing them as soon as possible.

The increase in the number of people collecting data on the Planet Patrol app shows a huge willingness from the general public to roll up their sleeves and to take action, but without improved waste management infrastructure and a standardised recycling system across the UK, the litter issue will never be resolved. Litter clean up already costs the taxpayer £660 million every year and, with the amount of plastic the UK throws away set to increase by over a million tonnes by 2030, we need to see some radical action. At Planet Patrol, we want to empower the general public through contributing to our database of vital evidence, with which we are able to hold businesses and government to account and find long term solutions to this crisis.” 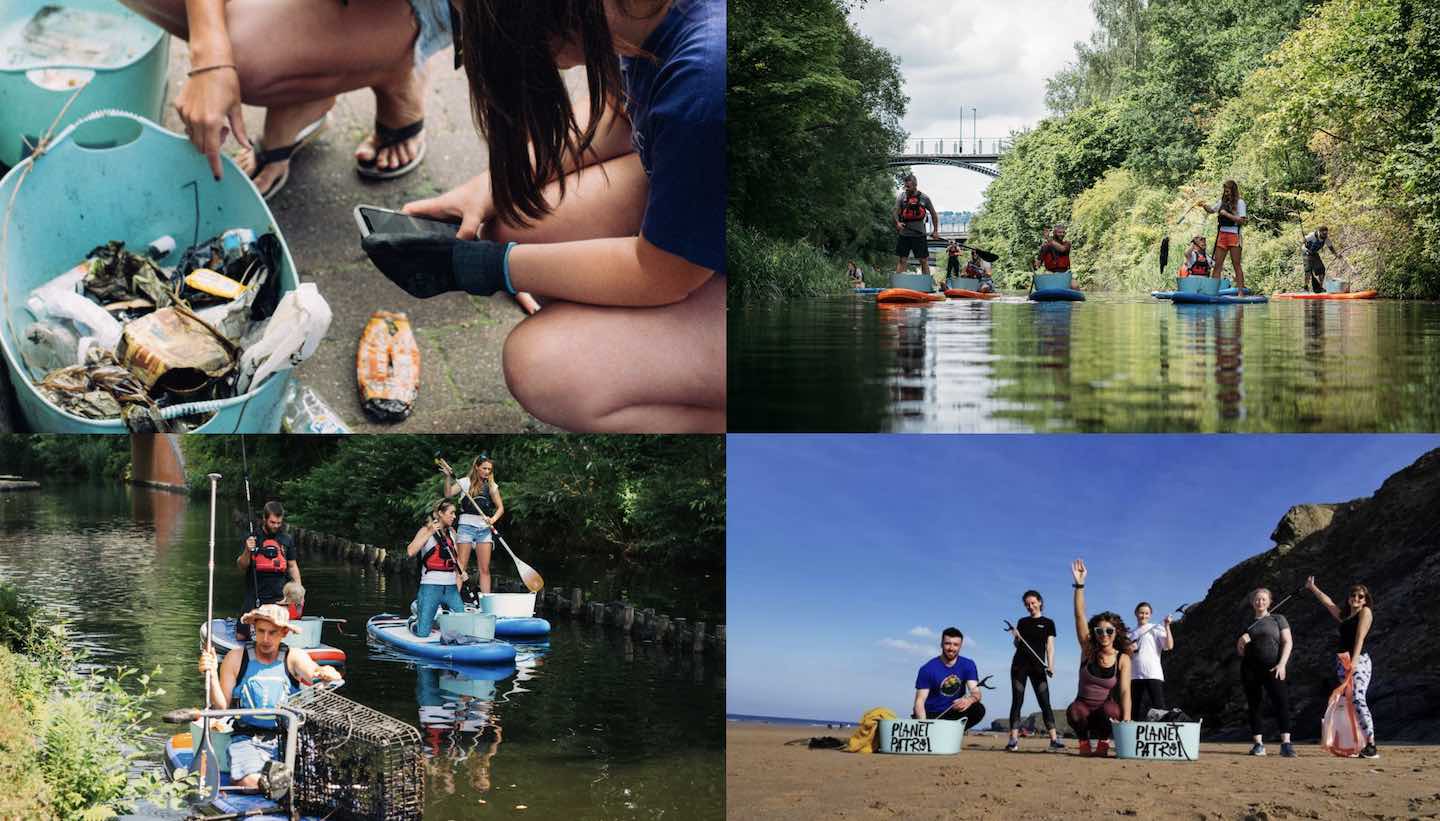 “This report demonstrates the value of citizen science as a tool to engage and educate members of the public. It also highlights to industry and government the national extent of the litter that their products and policies contribute to, and can guide their efforts to address this.

The data presented in this report highlights the fact that litter pollutes the environment in many forms and is made from a variety of materials, a message that is central to their recent rebranding from Plastic Patrol to Planet Patrol. It demonstrates a pressing need to address the pathways of waste of all types to the environment, and avoid preferential use of non-plastic materials that may be perceived as greener alternatives – such as aluminium cans, glass bottles and paper cups – but still end up there.”

Data uploads to the Planet Patrol app by members of the public are what make Planet Patrol’s work possible. Download the free app now to contribute to our global database of evidence so that we can help industry and government transition to a circular UK economy. 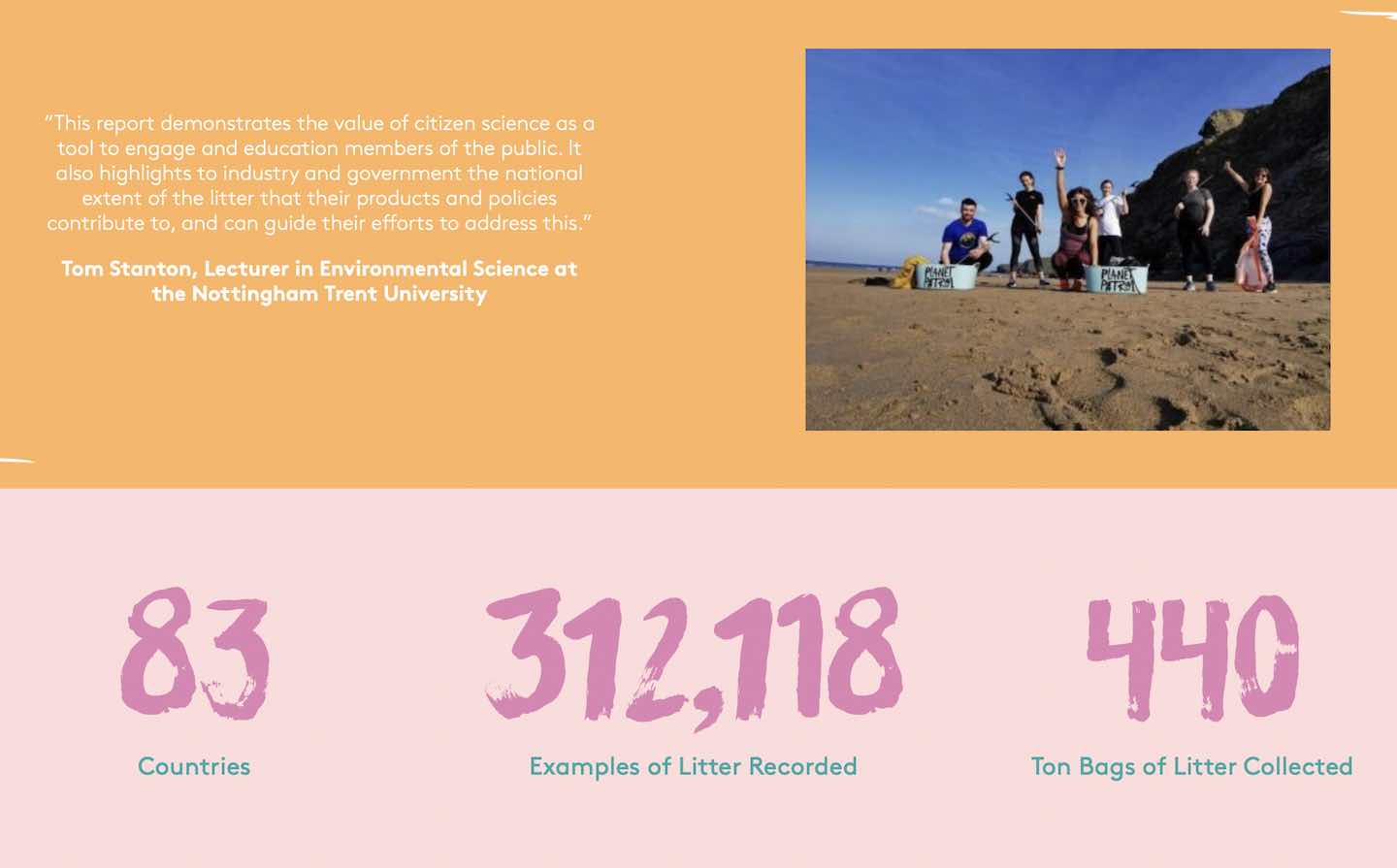 As previously outlined in the 2019 Impact Report:
1. Extended Producer Responsibility (EPR)
Planet Patrol recommends the EPR is supported by a transparent and data driven regulatory and monitoring framework to ensure costs are fairly distributed between producers, including a mechanism to accurately track materials throughout the system.
2. Deposit Return Scheme (DRS)
Planet Patrol recommends that the Government implements an ‘all in’ DRS to increase collection of high-quality material for recycling and reduce the flow of materials into the environment.
3. Plastic Bag Ban
Planet Patrol recommends the Government increase ambition and introduce a ban to end sales of plastic bags. Plastic bag bans are operational in 32 countries and a number of other states and regions.

The report can be found online via: https://planetpatrol.co/2020-litter-report/

Planet Patrol is a non-profit organisation sitting at the intersection of wellbeing and environment. Founded in 2016 by Lizzie Carr, Planet Patrol combines the power of community action with technology to collect data around single use materials to drive action that serves to protect our planet and wildlife from the harmful effects of polluting litter. Planet Patrol mobilises volunteers from around the world to join either coordinated cleans or do them independently. Cleans ups are combined with wellbeing activities, such as paddle boarding, kayaking, canoeing and yoga, encouraging people to look after the planet while also looking after themselves.Volunteers record the litter they find via the free Planet Patrol mobile app. Data collected are then reviewed and analysed to better understand the problem, to inform, accelerate and monitor the transition to a circular economy. To date, more than 25,000 volunteers have taken part in our mission, collecting over 311,000+ pieces of litter, recorded across 83 countries worldwide.Planet Patrol continues in its efforts to collect and record one million pieces of litter through the Planet Patrol app. Planet Patrol invites individuals to download the Planet Patrol app (available on Android and iOS) and record any litter they find to add to the target.