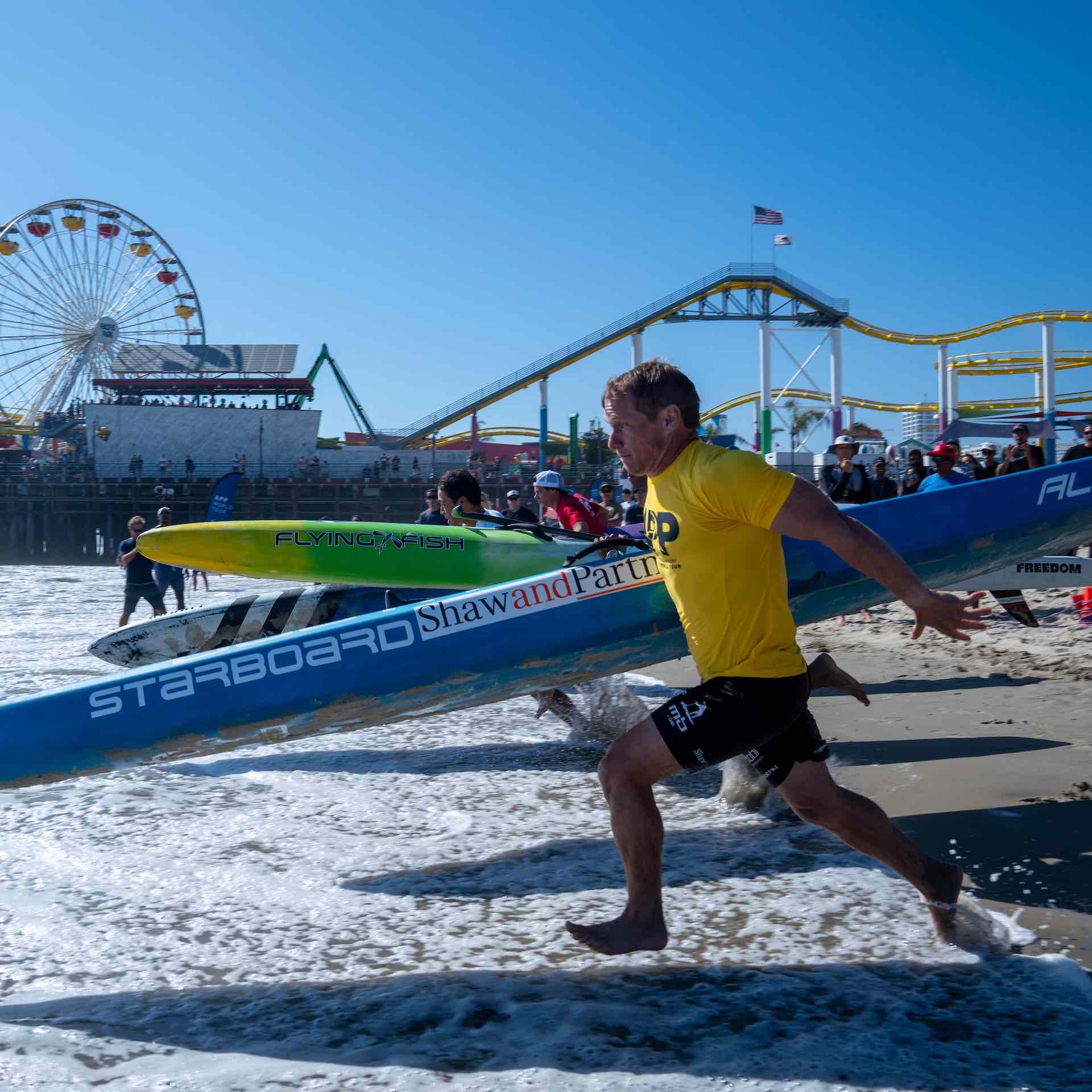 The APP World Tour saw the return to competition for our top athletes in the Racing, with the US Open of SUP taking in place in Santa Monica, USA. See the results and write up below.

The APP World Tour’s first sprint race of the year certainly delivered on the drama. The event was packed with nail-biting heats all the way to the two thrilling Finals which led to the crowning of April Zilg and Connor Baxter.

The men’s final saw sprint racing in all its glory when the champion was decided at the last moment in an exhilarating battle between Arthur Arutkin and Connor Baxter. As Arutkin had the victory within his reach, Baxter swept in and stole the win in a toe-to-toe race up the beach, proving once again that the race isn’t over until Connor Baxter says it is.

April Zilg unsurprisingly swept the women’s field as she stormed through the heats without putting a foot wrong. The success story of Day 1 though, was 13-year-old local paddler Soryn Preston, who placed 3rd in the sprints, on the tail of seasoned professionals Candice Appleby and April Zilg. 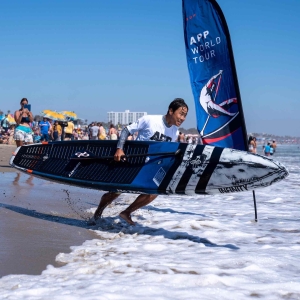 Waking up to a foggy morning, the athletes were preparing for the 10 mile (16km) distance race from Malibu Pier to Santa Monica Pier. With a race start time of 11:30am, the athletes hit the water and took to the start line. What unfolded in the next 2 hours can only be explained by the athletes themselves. With Michael Booth leading the race for the men and April Zilg alongside Candice Appleby at the front for the women, all seemed to be going well until the GPS trackers started to veer off and out into the Pacific Ocean, away from the finish line. We could only speculate in the booth what was unfolding and because of the fog, we believed they had lost course. This led to 90% of the competitors veering off course and following the lead pack.

Itzel Delgado however had pre-programmed the race course onto his GPS watch which meant he stayed his course and was now leading the race coming into the finish. Itzel crossed the finish line in a time of 1:42:30 to secure the first win of his career on the APP Tour stage. Behind him was young Bodie Von Allmen who followed Itzel’s course. 10 minutes later, competitors came from behind the curtain of fog with Shuri Araki (Shrimpy) finishing in third place ahead of Dany Ching, Connor Baxter, Franco Faccin, Eri Tenorio, Thiago Bove and Michael Booth. With Booth leading the race for the majority of it, we knew there had to be something happening;

Yesterday at the U.S. Open of SUP in Santa Monica, CA, the lead boat in the distance race attended to a safety concern in the middle of the race, thus not staying the course. This was an unfortunate incident which caused confusion and affected the performance of some of our competing athletes, but the safety of our competitors will always be our top priority.
The Association of Paddlesurf Professionals (APP) accepts full responsibility and sincerely apologizes for what occurred. APP competitors are world class athletes who work tirelessly at their craft. Their focus should only be on their performance and they should not have to worry about course management or other logistics.
The APP is committed to a detailed review of all rules and regulations and to further developing best in class race management and safety processes. The APP will learn from this incident and take steps to ensure that a situation like this doesn’t occur in the future.
All results from yesterday’s distance race will stand. 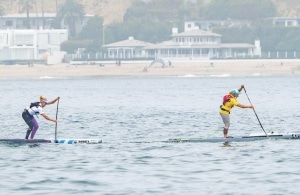 The women results were similar to how the race may have ended up with the unfortunate incident. April Zilg peeled away from Candice toward the finish line and secured her double win for the weekend, sitting atop of the overall race rankings. Candice finished in second, much like the Sprint results, with Stephanie Shideler in 3rd.

Congratulations to the winners and the APP World Tour will return to London this August 18-21.