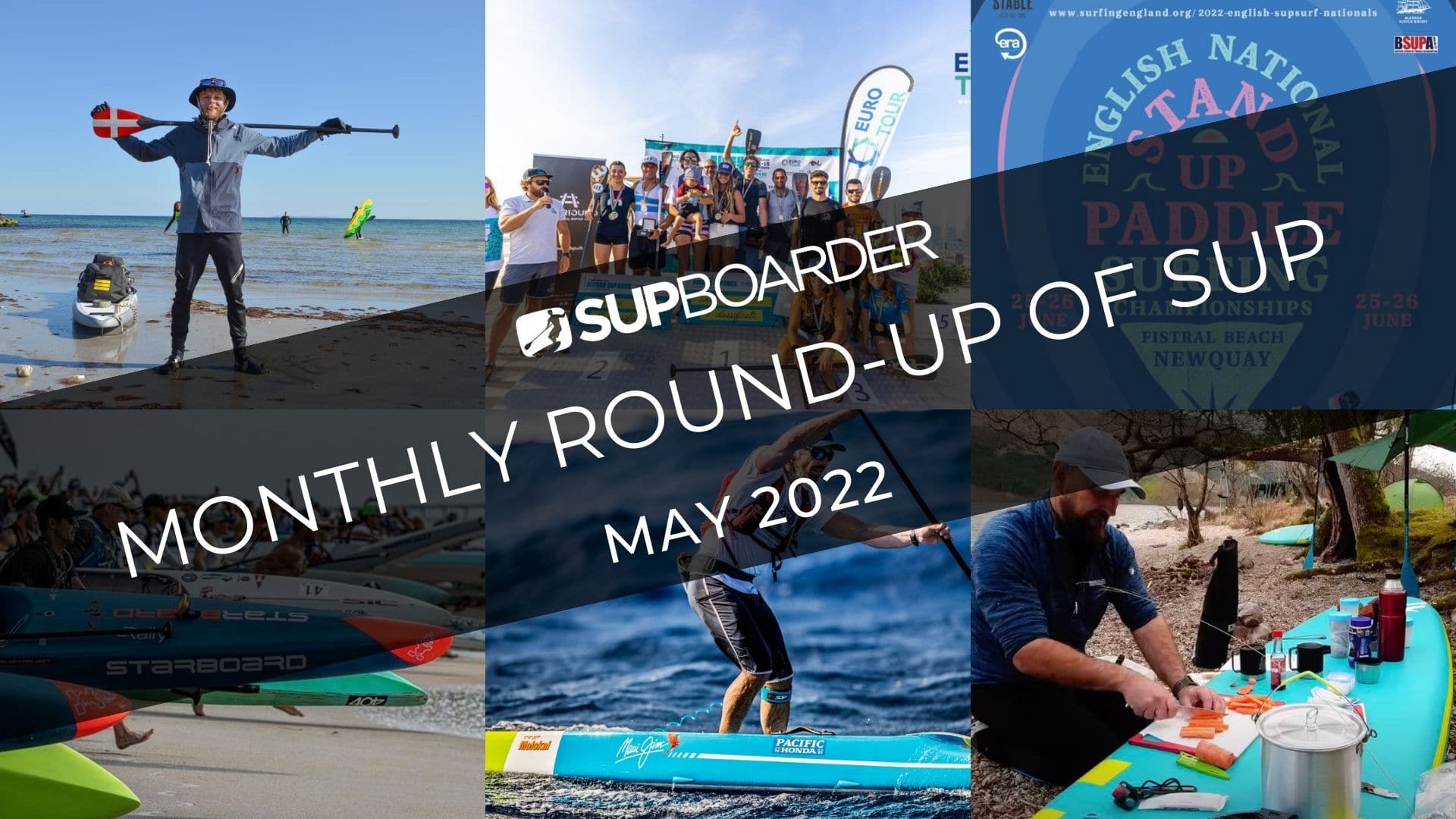 Welcome to our collection of the biggest news and stories that have taken place in the SUP world from the previous month. Let's recap what happened in May.

After 54 days and 1,450 kilometres around Denmark, the Danish SUP World Champion, Casper Steinfath, finally set his feet on the beach in his hometown Klitmøller Wednesday night.

The 28-year-old is the first ever to circumnavigate Denmark on a SUP board. He started on April 2nd in picture-perfect conditions with sun from a clear blue sky and an unusual glossy North Sea and finished at the same place after an epic downwinder of 70 kilometres.

When he came home, he let the emotions run in front of 300-400 people standing at  the clubhouse.

I don’t  know what to say. It started as my own dream, but it ended up being many people’s dream. Thank you so much for following me. I’m so touched
– Casper Steinfath.

This year, the International Canoe Federation and Carolina Cup partnered to have the Technical Sprint and Graveyard Race serve as pre-qualifiers for the ICF World Series in Poland.

This is the first English Nationals for Stand-Up Paddle Surfing and from this event Team England will be picked for international events later this year.