The King of the Cut Downwind race took place last weekend in perfect conditions. Read on for the full results.

Michael Booth (originally Newcastle, now Perth) and Jade Lane (Perth) are crowned the respective King and Queen of the Cut, the first male and female across the finish line after racing the 24-kilometre Stand Up Surf Shop King Of The Cut.

In perfect downwind conditions on 24-degrees and sunny with south-west winds picking up from 20 to 30 kilometres per hour, a capacity field of 120 competitors began the 24-kilometre race from Dawesville Cut to Secret Harbour yesterday afternoon (Saturday, 5 December 2020).

He’s won just about every SUP race there is around the world, and now Booth can add the Stand Up Surf Shop King Of The Cut, finishing fastest with a time of 1:44:45. Michael Booth said,

“I’m really happy to take the win I’ve been doing this since 2014. The conditions were just perfect, best ever with really strong wind. If you’re a downwind competitor, you’d love it. We’re so lucky to have these conditions in WA. I knew I had to break away early and in the second half, I just enjoyed it. It’s great to see so many craft competing all together, SUP, SUP Foil, Wing Foils, Paddle SUPs, outrigger canoes, and skis.”

In the  men’s second place went to 18-year-old Melville High Year 12 student Sam McCullough who has just got back from Leavers, and he was also the first 14-foot stand up paddleboard across the line. Rounding out the top three was Luke Hallam. 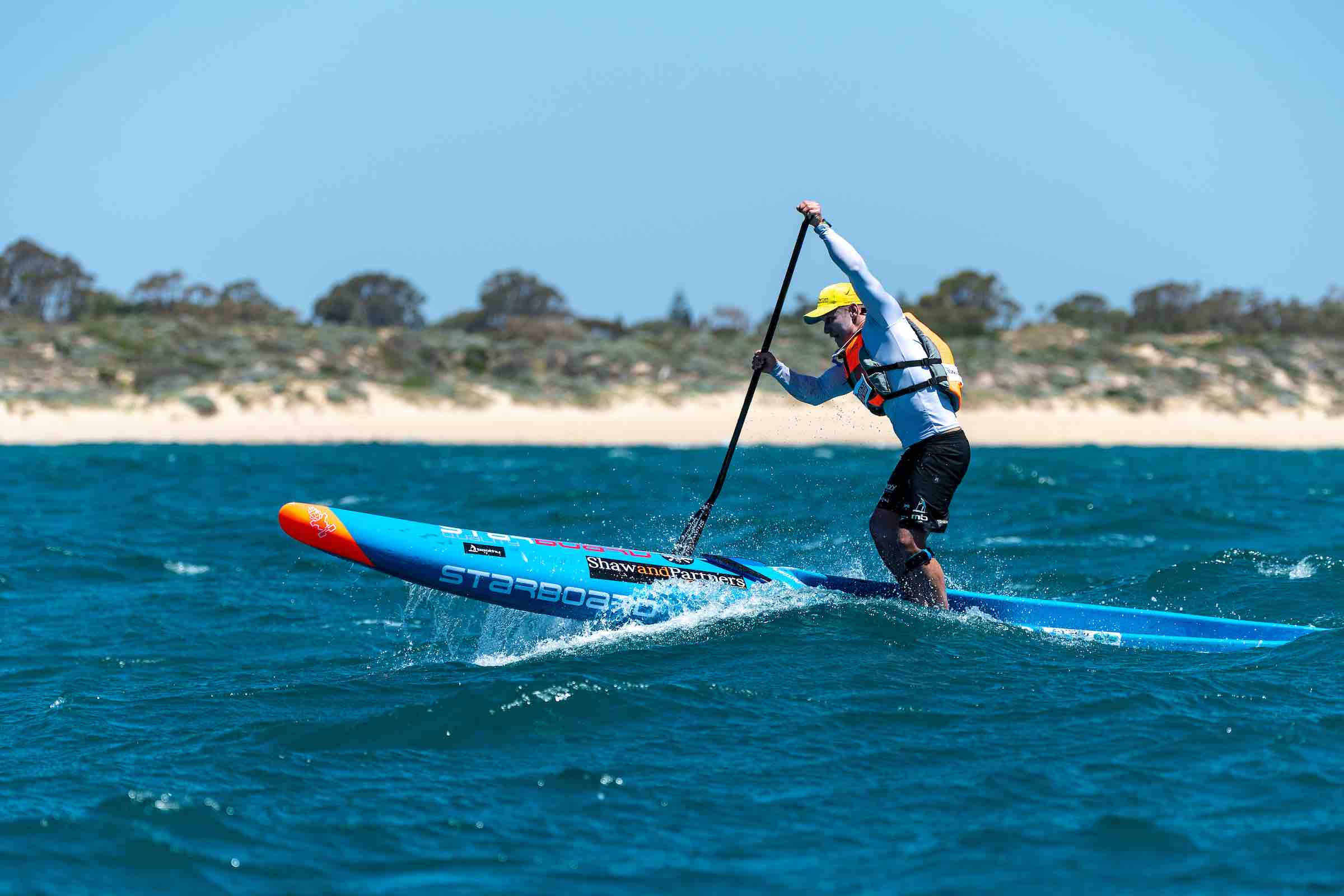 Queen of the Cut, Jade Lane, said the Stand Up Surf Shop King Of The Cut has been a race she’s wanted to win for four years.

“I beat my time from last year, so I’m really happy. The first half was relatively slow and the second half I just brought it home. II came to Mandurah a week early to prepare and practice – the ocean here is so much bigger and it really does pay to come early, paddle the course and feel the stoke. It’s so great to have all different craft racing together because I’ve just started wing foiling and ski paddling, and lots of my mates are here racing too. It’s just so awesome.” 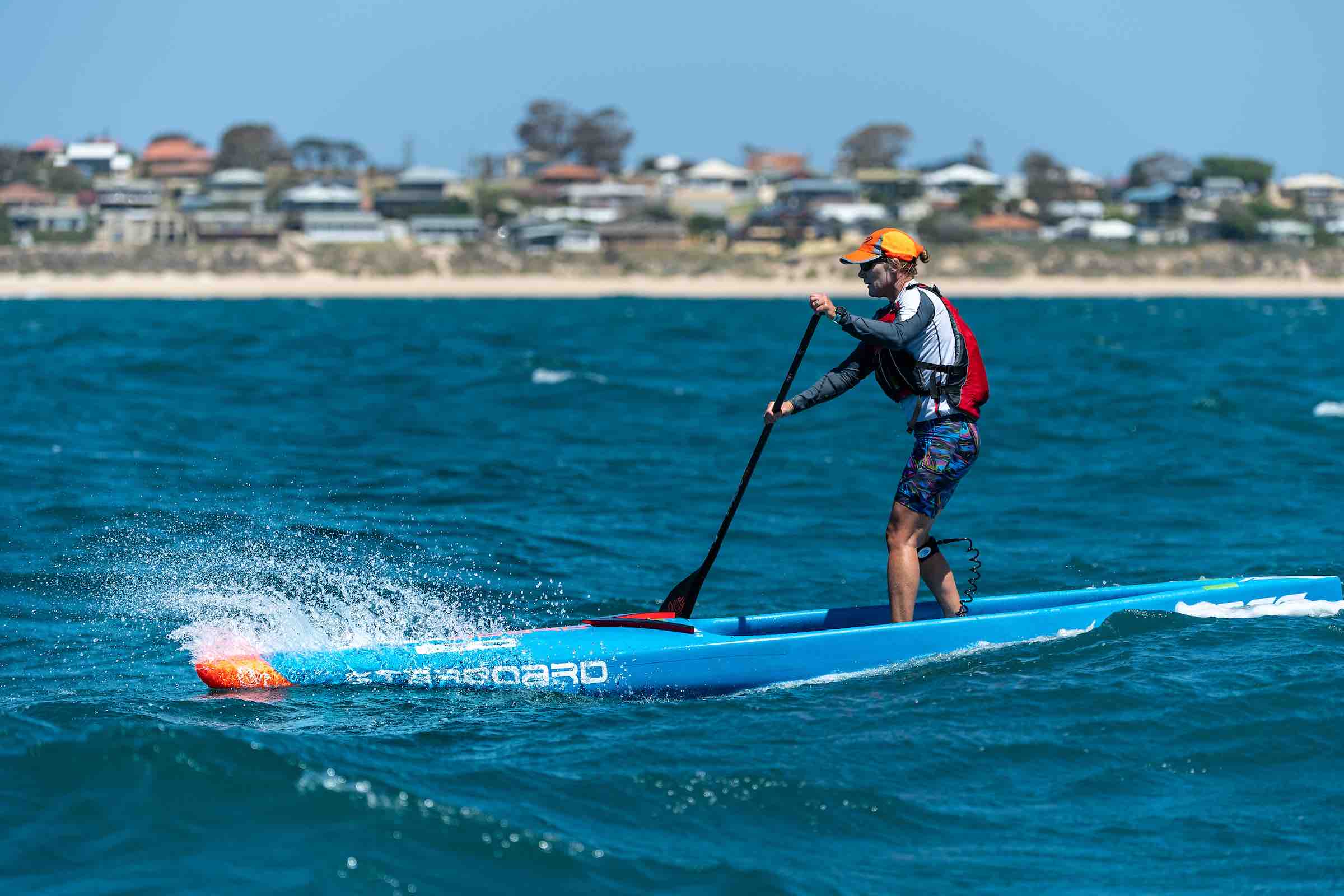 In his first Wing Foil race, Frenchman Bastien Escofet took title honours setting a blistering pace to finish under an hour, 59:40, the fastest ever time for a competitor to finish the Stand Up Surf Shop King of the Cut.

“It’s so good to race the Wing Foil here, the conditions are so windy, it’s really great,” said Escofet from Margaret River.

For the first time in the nine-year history of the Stand Up Surf Shop King Of The Cut, Surf Skis were introduced, largely as a result of COVID cancelling ‘The Doctor’ race. South African born Brendan Rice won the Surf Ski class with a time of 1:22:22.

“I’m really happy with the win. It’s my first time doing this course, so I wasn’t really sure where I was going or the racing line, I followed the point on the GPS,” said Rice.

“Having Surf Skis at the King of the Cut is great, it’s such an awesome course and a well organised event, I couldn’t be happier with being included this year.” 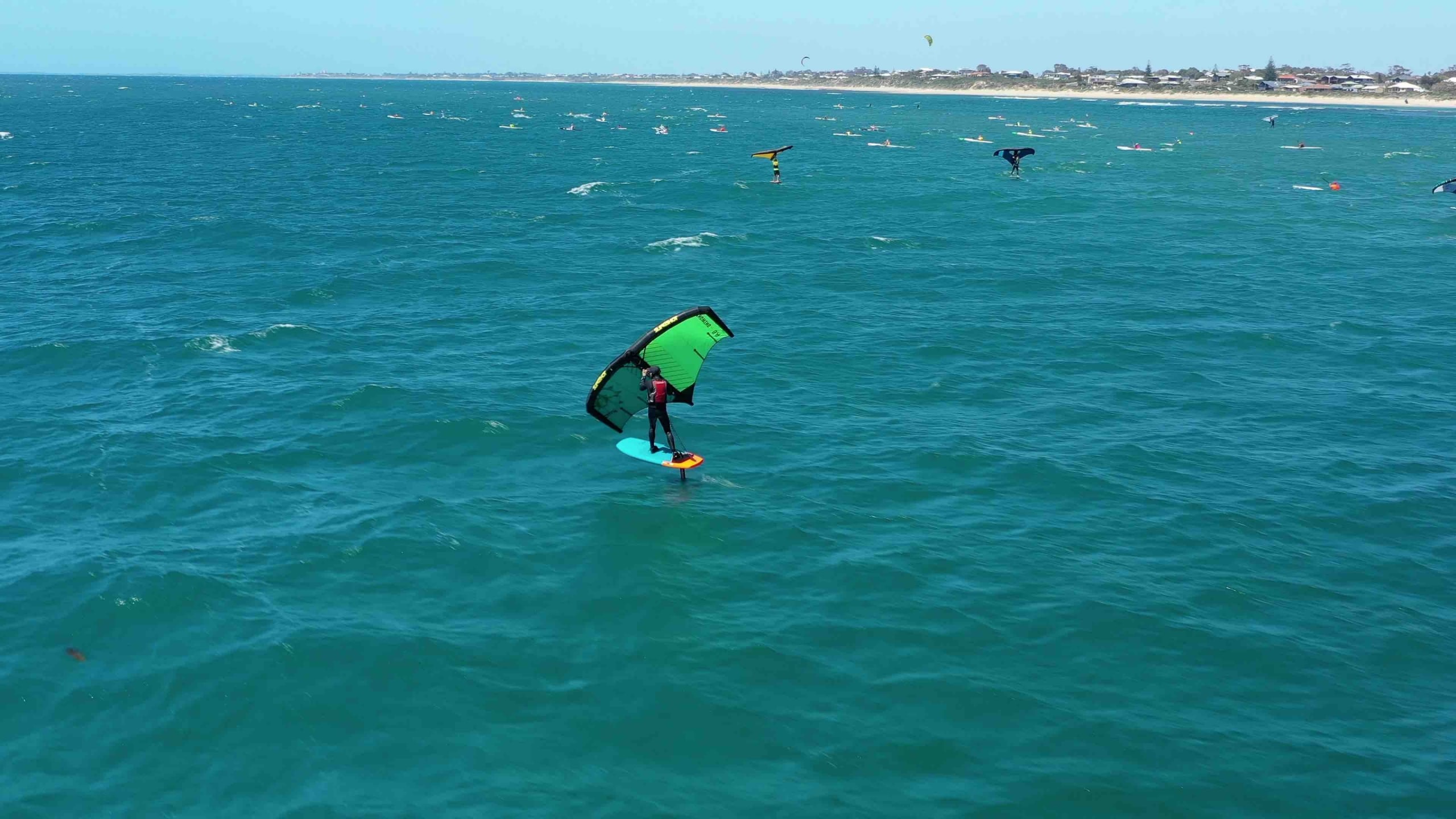 First foiling SUP was Marcus Tardrew with a time of 1:09:40.

“The wind was really good and the inclusion of all the other craft was awesome, should’ve been done ages ago!” Tardrew said.

“Conditions were really good again, I’m just happy to be out there again, it was such a good day, we have such good conditions on the west coast of Australia,” 46-year-old Fahey said.

“To get all the classes together in one big event like this it’s definitely the way forward, it builds the stoke.”

SUPWA King of the Cut Race Director Greg Kerr said that it was terrific to see so many local competitors embrace the race.

“It’s all about sharing the stoke and we’re really happy to bring the whole paddling community together, including Surf Skis and Wing Foils. The conditions were perfect today, I’ll say the best we’ve ever had, and we had a good, safe event, which is what always aim for,” Kerr said.

“It was terrific to have the Indian Ocean Paddlers join the King of the Cut board and assist us with the ski component of the event – this won’t be a one off, surf skis will be included in future King of the Cut events.” 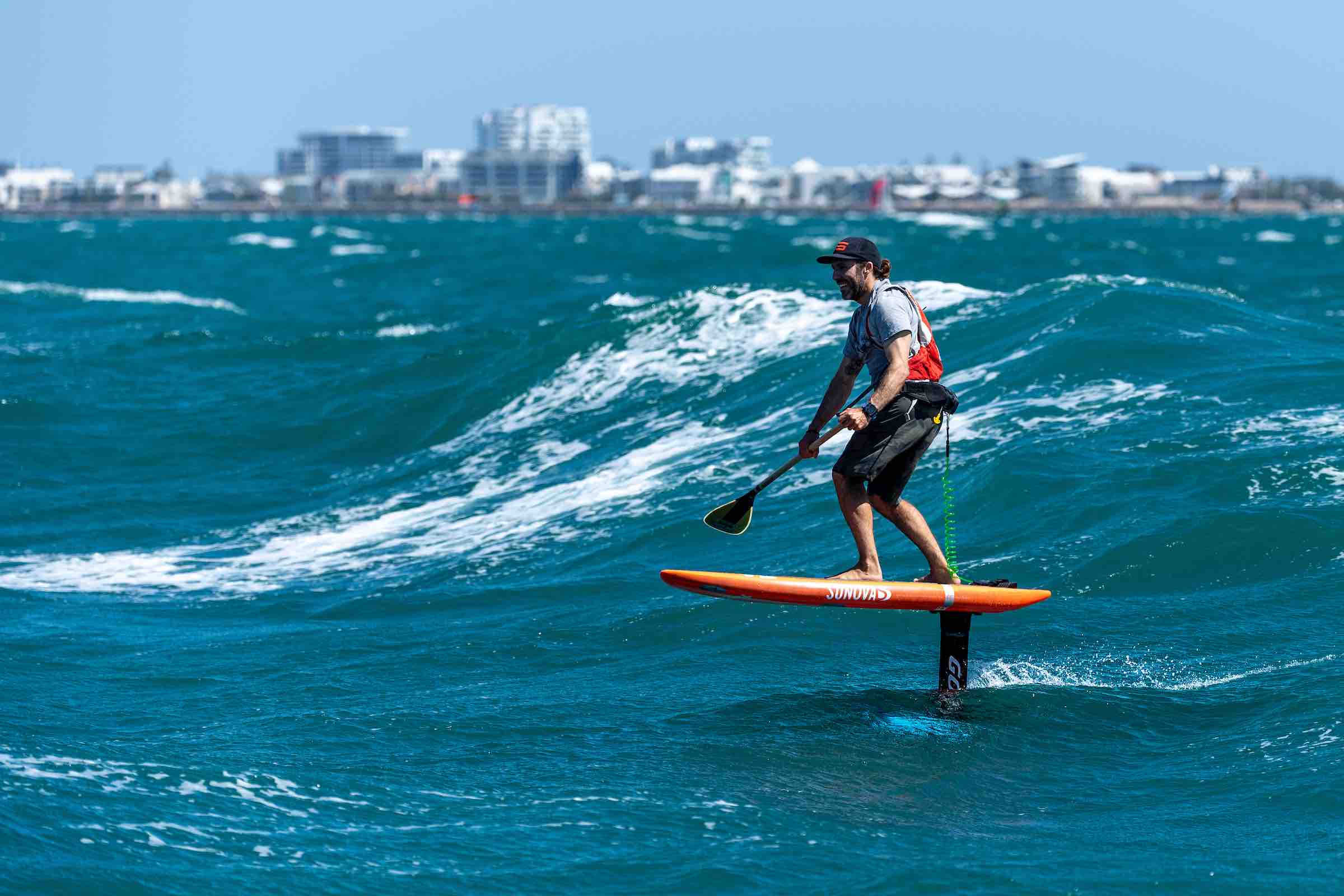 Besides the King and Queen of the Cut, there was one other award presented that has nothing to do with fastest times or being first. The Duke of the Cut is an award presented to a paddler who shows the spirit of Duke Kahanamoku who is credited as bringing surfing to Australia and regarded as the ambassador of ‘Aloha and Mahalo’ (love, kindness and gratitude), someone who is a good all-round human who benefits the sport.

In a ceremonial coming together of all paddle disciplines, a symbolic tribute was paid to the sentiment behind the Duke of the Cut at the competitors briefing: a representative of each discipline placed a hand on the Duke of the Cut paddle trophy as Kerr read a poem he wrote about downwinding.  To read The Downwinder Creed, click here.

Competitors and crew have lauded the ninth Stand Up Surf Shop King of the Cut, Australia’s most prestigious Stand Up Paddle (SUP) race and one of the world’s fastest downwinders, that outside of a pandemic, usually attracts competitors from across Australia and all over the world.

Results 2020 Stand Up Surf Shop King Of The Cut

King Of The Cut