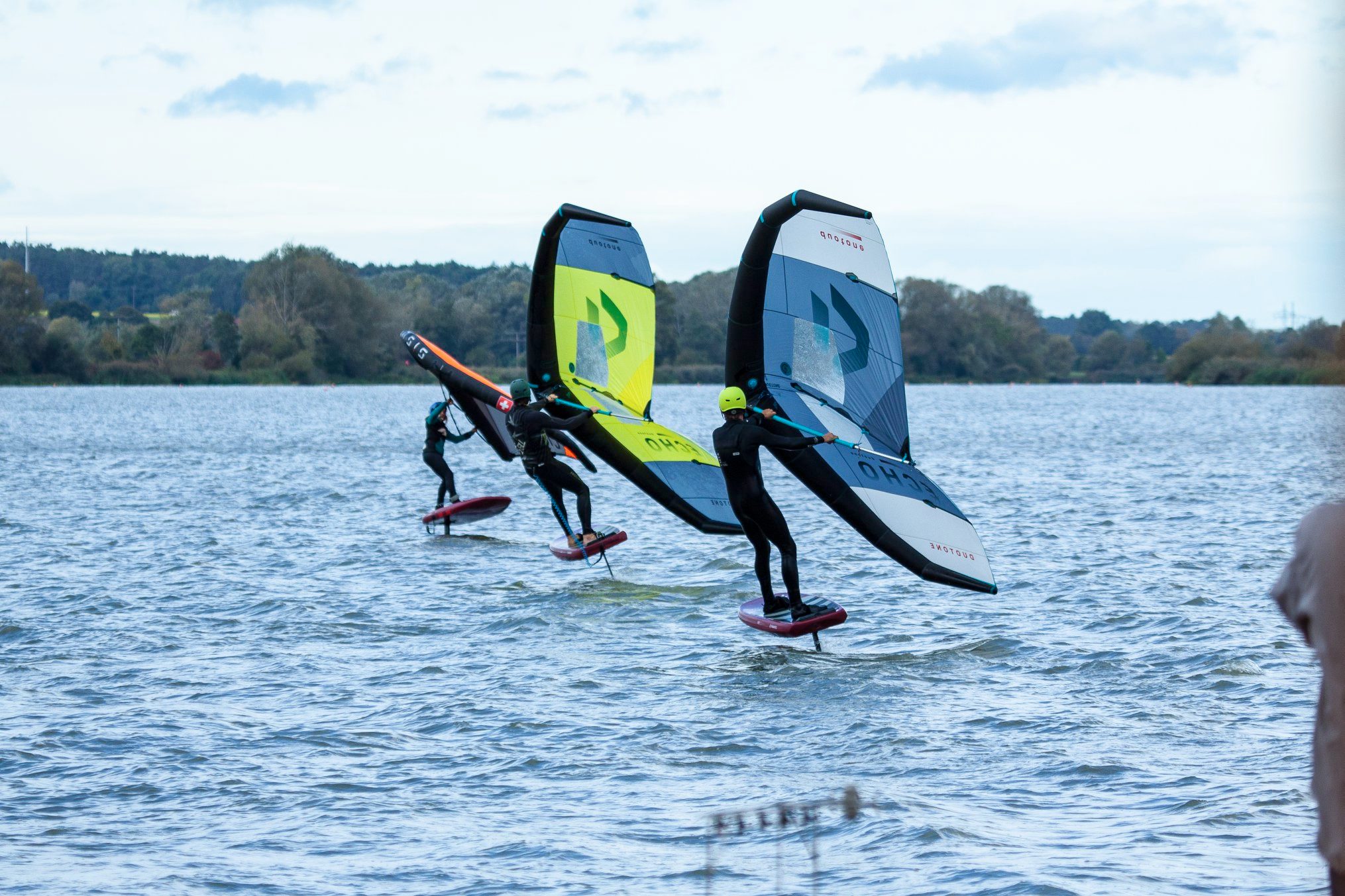 The wind was on fire and the action was on the other weekend at Surfcenter Altmühlsee in Germany! Perfect conditions for the King of the Wing event, powered by the GWA.

The King of the Wing 2020 was an all-around perfect event with Race and Freestyle competitions for the seasoned wing-foilers, and wing testival and rider meetup bringing the community together.

Saturday saw perfect wind to complete the single elimination in the wing-foiling Race competition, with Henning Nockel leading the scoreboard, leaving David Martin (second place) and Carsten Kurmis (third place) trailing in his wake. The wing-foil Freestyle competitors were less lucky the next day with dwindling winds, but the organiser reacted promptly.

Instead of the regular Freestyle competition, the format was switched to a Super Session in the afternoon so competitors could show their best riding and most innovative tricks. Three categories were up for grabs in the Super Session: Best Jump, Best Glide and Best Style. Best Glide went to Linus Pünder, while newcomer and youngest competitor Finn Flügel (12 years old) took Best Style. Henning Nockel snatched Best Jump in the Super Session, securing his overall win and new title: King of the Wing 2020! Congratulations, Henning.

The test stations set up by Duotone, Fanatic and Starboard saw a record number of people ready to give wing-foiling a try or test the newest gear and have a chat with the pros.

A huge thank you to the team of Surfcenter Altmühlsee for creating a great event in this year’s challenging conditions! 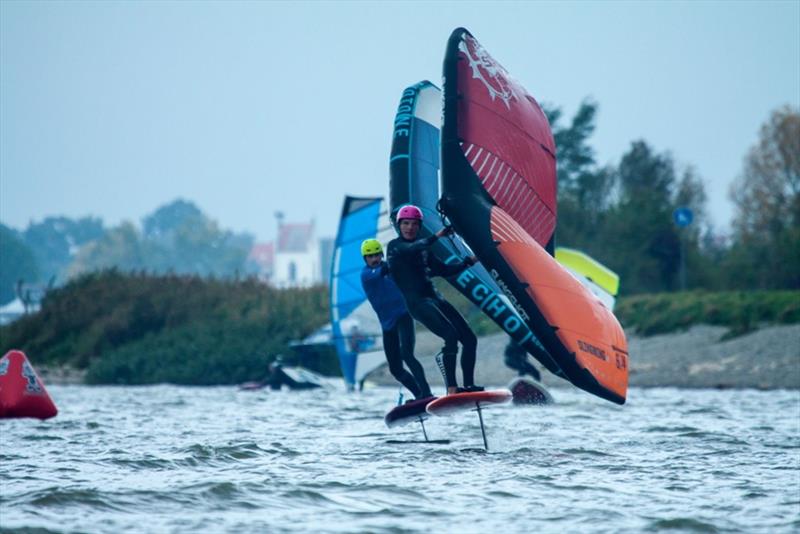