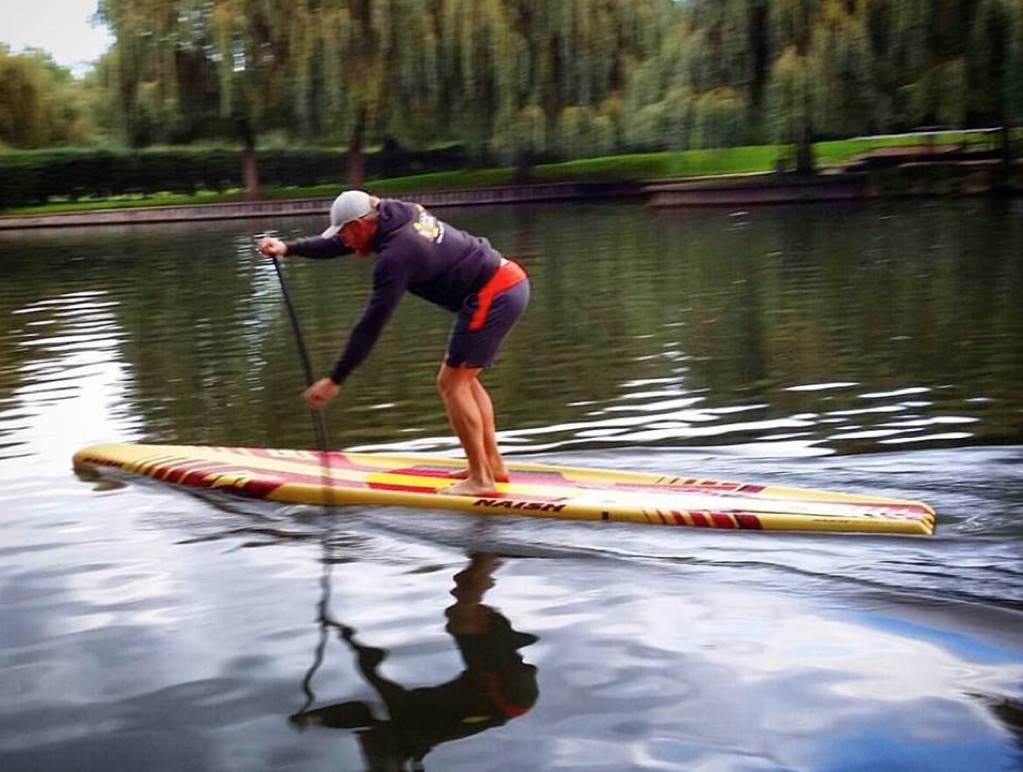 A few months back it was announced that there would be a new Naish UK team racing in 2017. After much planning, we can now announce who the 5 paddler team will be for the 2017 season. These paddlers will compete using hard boards across a wide variety of disciplines as well as taking part in the inflatable one-design racing at the N1SCO championships. 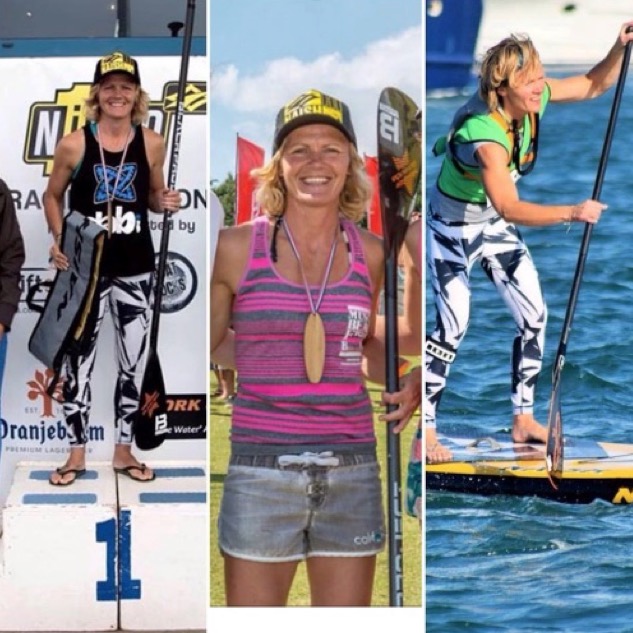 Name: Kerry Baker.
Age: 39
Best result so far: 3rd 12’6″ UK SUP Series 2015, 1st Naish N1SCO National Championship 2016, 1st N1SCO Nationals 2016.
Aim for 2017 Race season: To compete in BSUPA SUP surf comps, to qualify for the Welsh team and to take part in various national SUP races.
Favourite kind of event: Technical racing, it is fun and exciting and anything can happen.
Best piece of advice that you’d pass on to people: Yoga. After being introduced by Andy Joyce of Surf Steps Bournemouth, I have noticed improved flexibility and movement range and most importantly my lower back health has been much improved.
2017 Equipment used: 14ft Naish Maliko, 12’6 Naish One, 7’8″ Hokua Pro. 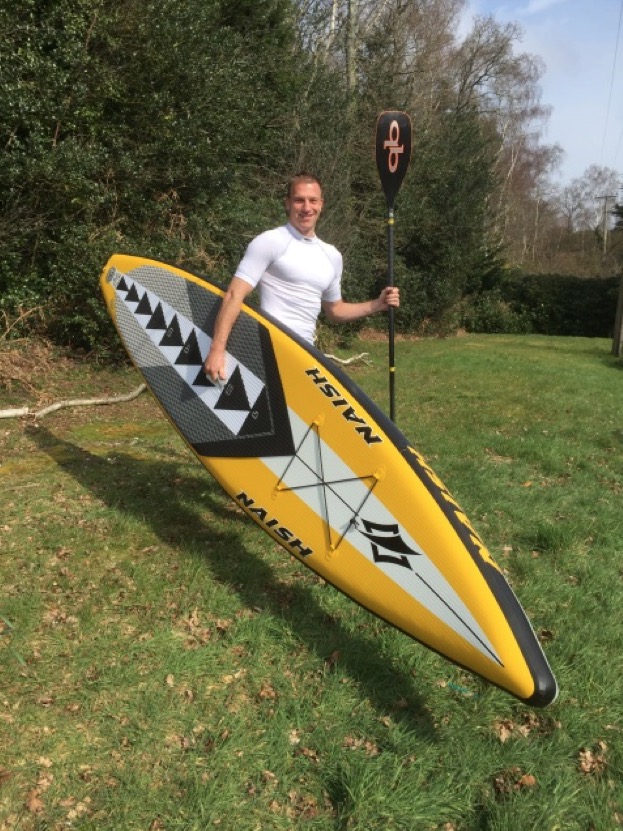 Name: Bryce Dyer
Age: 41
Best result so far: Placing top 3 in my age group at national championships in Track Cycling, Surf Lifesaving, Cycling time trials and N1SCO SUP and top 5 in both Triathlon and Quadrathlon. I’ve also competed at the world champs in most of these.
Aim for 2017 Race season: Podium in age group at N1SCO national champs and a solid 3% increase in my 14ft board racing speed.
Favourite kind of event: Flat-water on the river or a SUP triathlon.
Best piece of advice that you’d pass on to people: That (as far as amateur sport goes), planned and consistent training will always trump talent – so stick with it. Trust me – I’m living proof of someone who has done ok in sports that a 6ft 3, 95kg gorilla really shouldn’t do.
2017 Equipment used: 14ft Naish Maliko, 12’6 Naish One.

Name: Ollie Edkins
Age: 21
Best result so far: I have not been able to complete a full season due to injury but my best sporting result is being a National Champion Rower when I was 14 and 15.
Aim for 2017 Race season: My aims for this season are to place in the top three in my class in every race.
Favourite kind of event: I prefer the flat water longer distance events as I don’t live near the coast so I only get to train on rivers.
Best piece of advice that you’d pass on to people: Focus on your own race and try not to think about the others around you. This will keep you focused and not distracted Split the longer races up into sections and only think about completing each section.
2017 Equipment used: 14ft Naish Javelin, 12’6 Naish One. 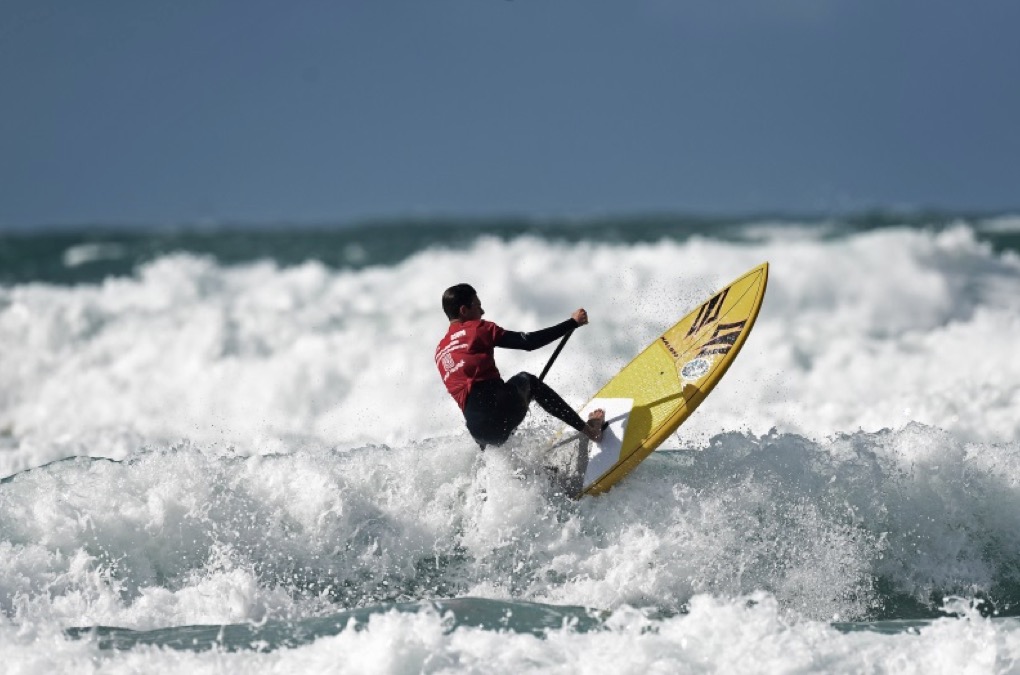 Name: Blue Ewer
Age: 15
Best result so far: 1st Junior 2016 BSUPA National Surf Series, 3rd Men 2016 BSUPA National Surf Series, 3rd N1SCO Inland Championships.
Aim for 2017 Race season: To race in more new places in the UK (hopefully Europe too) and to spend more time on the water training in the surf and on the flat.
Favourite kind of event: N1SCO – because it’s a fun event and everyone is on the same board. There are different length races and everyone is super friendly too.
Best piece of advice that you’d pass on to people: Spend as much time as you can on the water and always push yourself during training in the waves and flat water.
2017 Equipment used: Naish 7’3 Hokua, 12’6 Naish Javelin, 12’6 Naish One. 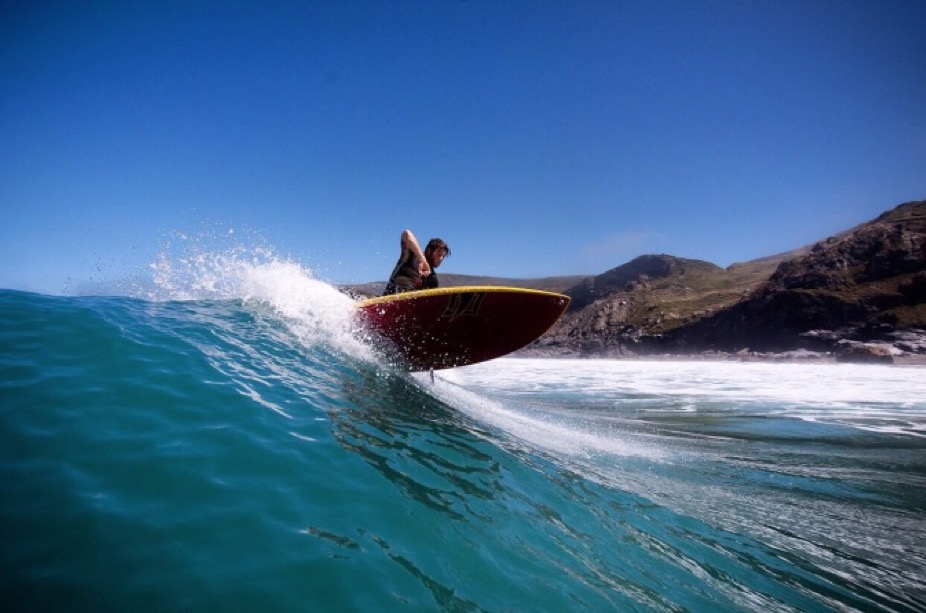 Name: Ben Fisher
Age: 28
Best result so far: 3rd overall at the 2015 World N1SCO championships.
Aim for 2017 Race season: Open water and long distance ultra-distance racing. I’ll hopefully getting some good results and have fun.
Favourite kind of event: Well organised interesting races – be that long distance like the TRENT100 or a series of race like the N1SCO events.
Best piece of advice that you’d pass on to people: Practice your pivot turns.
2017 Equipment used: 14ft Naish Maliko, 12’6 Naish One.
This hardboard team acts as part of the larger Naish UK team. This team also includes a 10 paddler N1SCO team which will also be announced shortly.