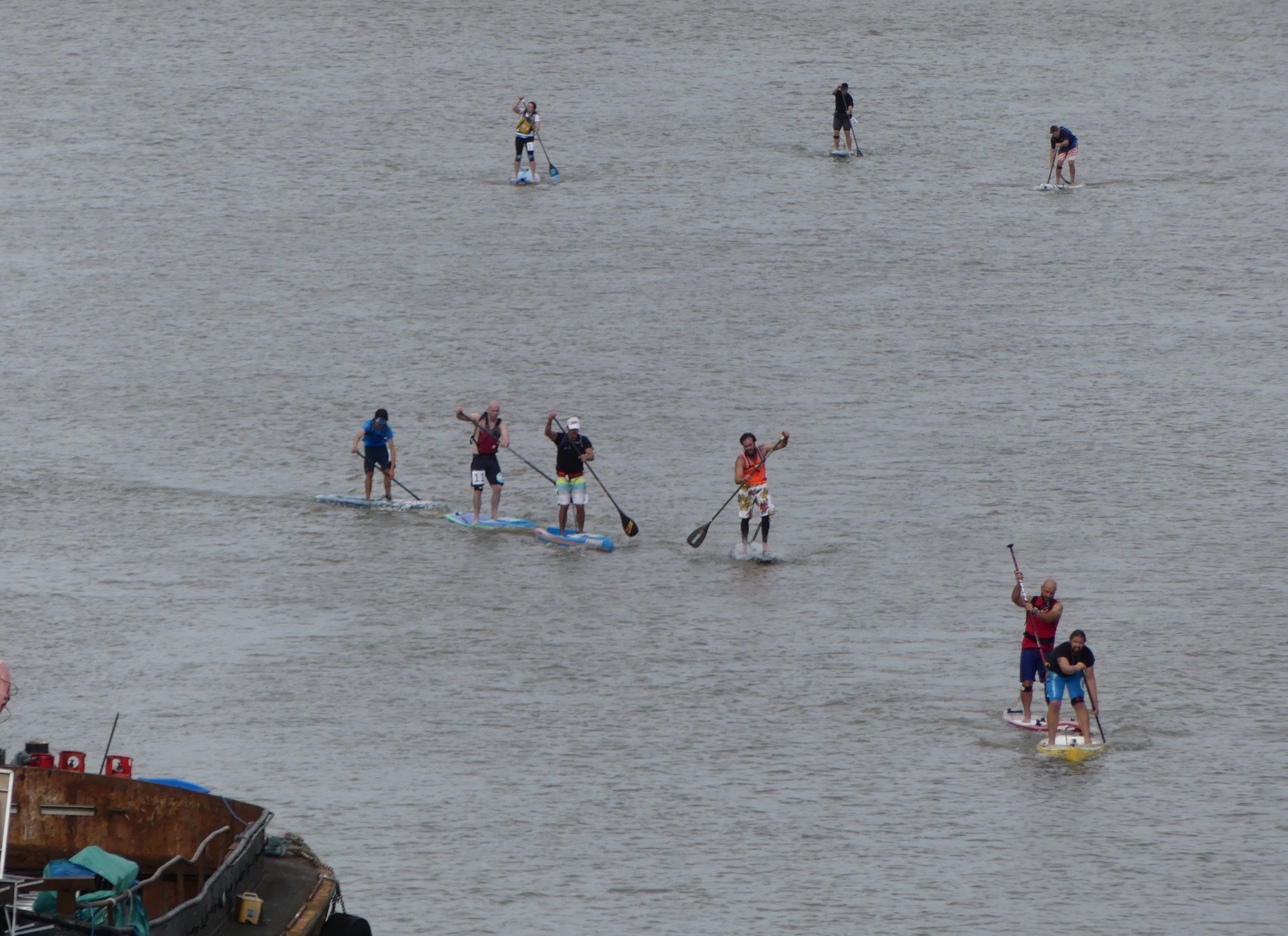 Last weekend the first ever SUP race took place through central London. The Big Ben SUP race was a trial event with only 25 paddlers selected this year, but with the hope for a bigger event in years to come. The youngest racer, Ben Pye was one of the lucky ones to experience seeing central London by SUP. Tough conditions but enjoyed by all. Ben gives SUPboarder a riders eye view of the day…

A few weeks prior to the event, 25 of the UK’s top paddlers were selected to race in this event. I was incredibly pleased to have been selected for this event. 20 Men, and 5 Females were selected by SUPboarder Magazine to take part in this test event. The reason for such a little number was to cause as little congestion and problems through the busiest part of the Thames, by trying to get everyone finished as close together as possible.

The race started outside the Thames Rowing Club, at Putney Bridge. The race then went all the way downstream to Big Ben, and back. Past MI5, The Houses of Parliament, with the London Eye in sight.

With the strong tidal flow, and tail wind, everyone was super fast on the way to Big Ben. With every bridge we went under, the wind funnelled through, which was great on the first 10km, and with the wake from all the boats, it made it like a downwinder, but for the second 10km, it was not fun at all. With the strong headwind for 75% of it, and the tide against us also, it made it a challenging.

My race started with a good sprint, and I managed to draft someone for the first mile, then I overtook and let them draft me for another mile until Maurice Guy came past, and I paddled with him for a while.

After the turn at Big Ben, the main pack that I was chasing with Mo broke up. I was drafting two people for a while, Crispin Jones and Phil Plume were in front of us, but I was starting to tire at this point, and couldn’t keep up. I got dropped. I then paddled the rest of the race on my own.

It was incredible turning at the halfway point with Big Ben towering over us, and then back up past the houses of parliament.

This was probably the hardest race I have ever done, mentally and physically. Going against the current for most of the second leg, and the hard head wind made me tire quite quickly.

The total distance of this race was 20km.

I thoroughly enjoyed this race, and it was a great experience to partake in the first SUP Race through Central London!

I would like to thank everyone who supports me, Starboard SUP UK & Ireland, SUPboarder Magazine, Standuppaddleuk, West Country Surf Wax, and my incredible family and friends!

If you took part in the Big Ben SUP Race last weekend, let us know how it was for you.