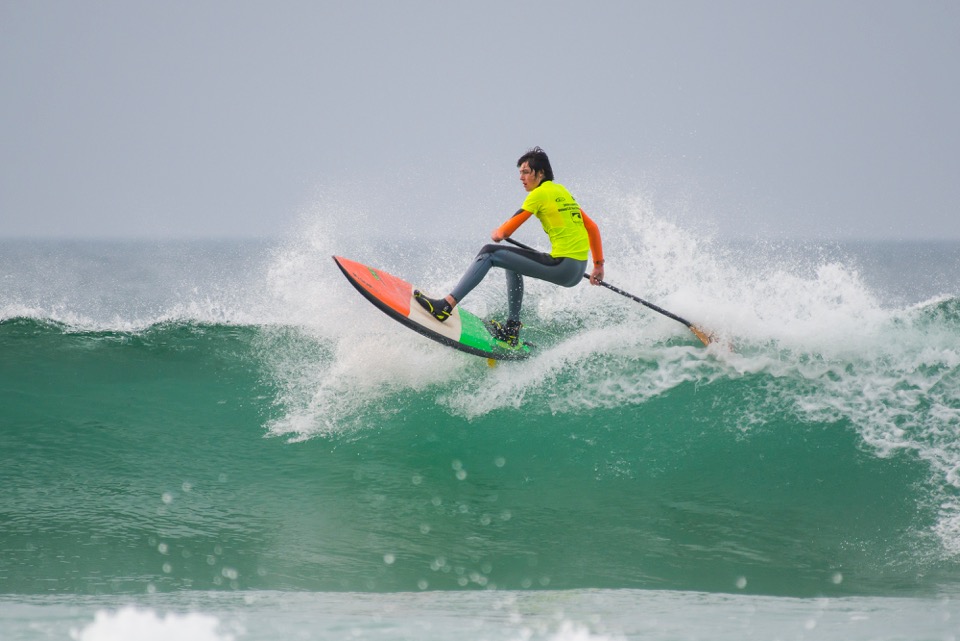 The weekend of October 1st and 2nd 2016, will see many of the UK’s leading exponent’s of Stand Up Paddleboard surfers head to Watergate Bay’s shore to compete in this years BSUPA National SUP Surf Championships.

This year’s championships will also be the final stop of the newly created BSUPA SUP Surf Series and selections will be made to represent Team GB in the 2017 ISA Stand Up Paddleboard World Championships.

Matt Baker-Smith has confirmed his entry and will be defending his Open Men’s Championship. Matt has every intention of gaining a fourth consecutive title. As with every year, the competition is growing fierce with local Cornishman Alex Murray leading the challenge followed by the young guns of Aaron Rowe, Blue Ewer and Ollie Laddieman. All three ‘pups’, are keen to win this years overall series Championship title.

Tina Beresford from Newquay will be returning to defend her Championship Women’s title, from an ever growing field of women sup surfers. Marie Buchanan, and Nikki Graham are certainly worth keeping an eye on as they have unlimited competitive enthusiasm to win.

Watergate Bay has been a long term supporter of surf, water and beach related sports, located on Cornwall’s North shore, with its dramatic towering coastline, and natural amphitheater bay provides the prefect venue for competitors and spectators alike.

BSUPA and organizing team would like to Watergate Bay for their continued support in assisting with the staging of these Championships. www.watergatebay.co.uk

Entry to these championships is now open. Individuals wishing to entry may do so via the following link: www.webcollect.org.uk/wcws

Further information on these Championships, the association or where you can learn to Stand Up Paddleboard in your area please visit www.bsupa.org.uk or with Competition Director Richard Marsh via e-mail: masthighltd@me,com

British Stand Up Paddleboard Association, are a non-profit sporting association, established to promote a positive awareness to the sport in the UK and abroad, through its professional training program and competitions.