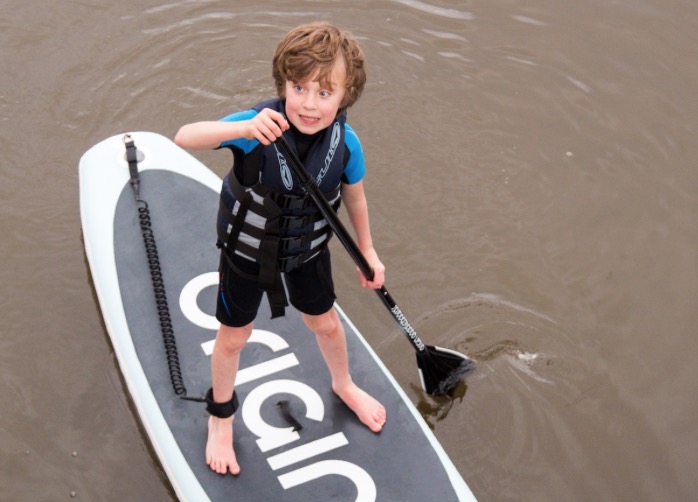 A three mile paddle is something that pretty much anyone could do, three miles at sea might be a little more challenging but how about three miles at sea when you have little sight and you’re only 11 years old. Meet Asher Jenkins Jones, Stand Up Paddler and charity fundraiser;

This July, Asher Jenkin Jones will attempt a sponsored three-mile, solo paddle board from Caldey Island off the south west coast of Wales into the historic harbour in Tenby. He only took up the sport a year ago but he has a point to prove!

Asher was diagnosed with three brain tumours when he was 10 months old. He received treatment at the Children’s Brain Tumour Research Centre in Nottingham with major surgery to remove one tumour, followed by three years of chemotherapy.

His brain tumours have left him with a severe visual impairment but nothing stops him living life to the full enjoying fun activities like skiing and judo. He has also recently started playing goalball.

Asher, who is a pupil at The Elms School in Long Eaton, explained: “I want to show everyone that people who have disabilities can do great things too, and I want to encourage other people who have my kind of disability to try new things. I don’t want people to underestimate what I can do.

“Not falling into the water is going to be the hardest thing but I’ve been practicing and I’m just looking forward to doing it now.”

Asher is raising money for three charities close to his heart – the Royal National Lifeboat Institution, Royal National Institute of Blind People and the Children’s Brain Tumour Research Centre at The University of Nottingham, where he received his treatment.

A number of companies have already committed to helping Asher achieve his goal.

Origin paddleboards have generously donated a paddle board for Asher to use whilst the staff at National Water Sports Centre in Nottingham, have also been key in providing facilities for coaching, training and storage.

He has also had support from Honda Power who have provided a boat and engine to serve as a safety and support vessel, and Derby-based triathlon wetsuit specialists HUUB Design have provided a wetsuit and accessories to keep him warm. 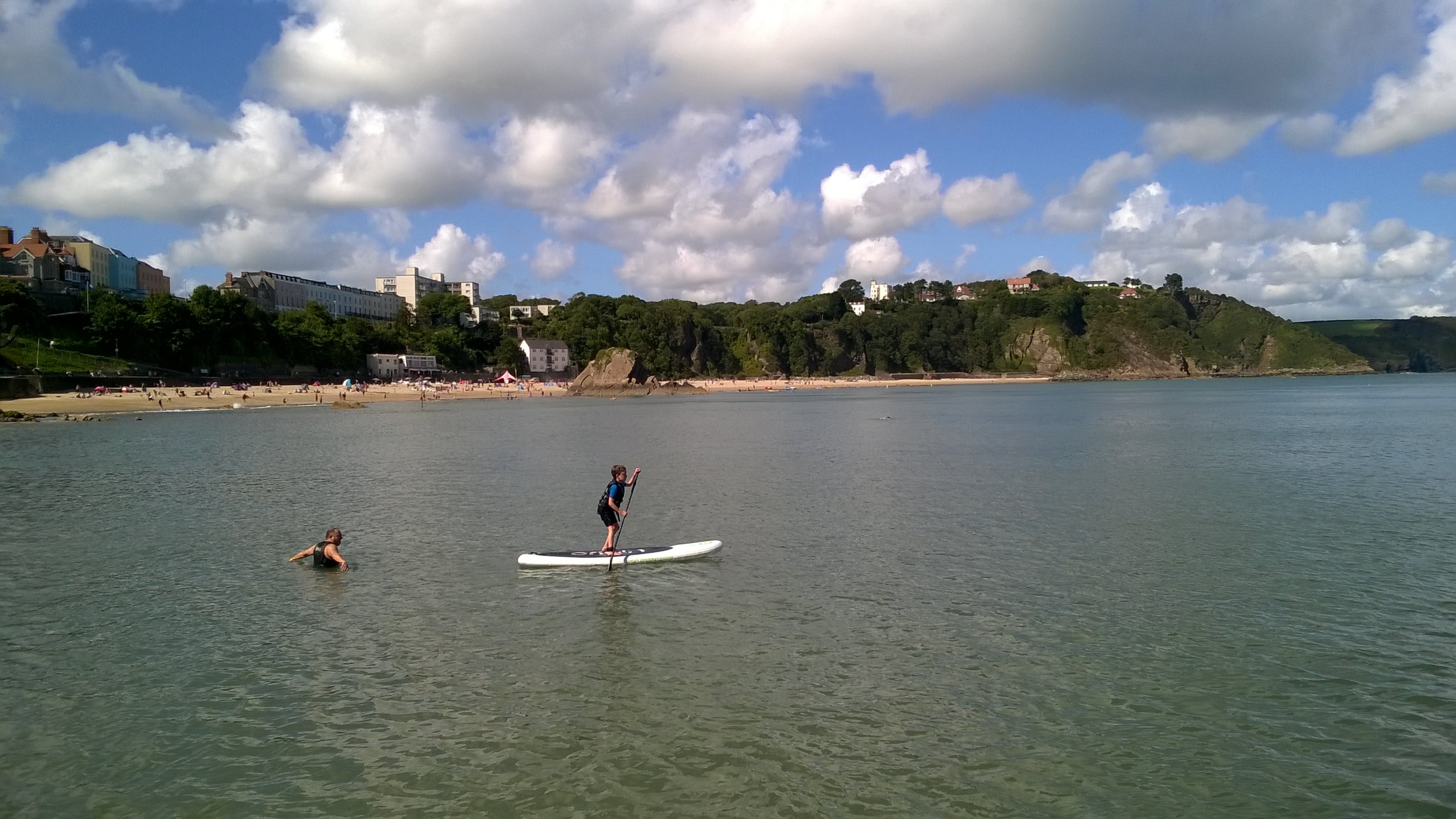 Dad Tony Jenkin Jones added: “Asher amazes everyone he meets and people see his amazing abilities rather than his disabilities – what he can do not what he can’t do. In fact because of his positive attitude and bubbly personality, they soon forget he has a disability at all. He has a host of interests and has just got a Distinction in his guitar exams. Nothing holds this boy back. He doesn’t accept his boundaries.

“Early diagnosis of children’s brain tumours is critical and could be the crucial difference between either losing your children or getting effective treatment which could lead to a good quality of life.

“We were fortunate enough to have had an early diagnosis and I’m sure that has had an enormous impact on Asher’s life.

“Treatment ensured that the brain tumour stopped growing and is not currently life-threatening but we couldn’t save much of his sight.”

“The HeadSmart Campaign, which was pioneered by David Walker, Professor of Paediatric Oncology and Co-Director of the Children’s Brain Tumour Research Centre (CBTRC), has been critical in promoting the need for this early diagnosis. If it wasn’t for the work of Professor Walker and his team at the CBTRC, I’m not sure this challenge would have been possible.”

Asher concluded: “I’d like to help as many people as I possibly can. By supporting me on my challenge you’ll be helping people with disabilities, which is a good thing, and that will make a very big difference. Doing this it may get people talking about children with disabilities and what we are capable of achieving.”

If you can help Asher with his challenge of a lifetime. Visit his website here. If you are able you can sponsor him here.

SUPboarder want to wish Asher good luck for his challenge but we think that he won’t need it.