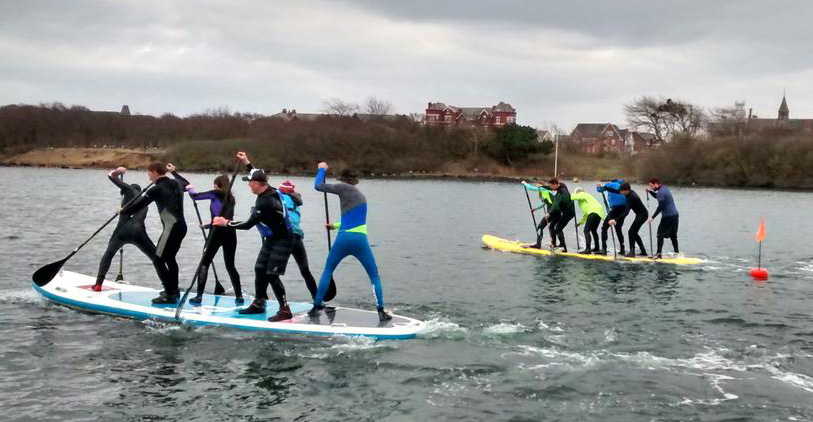 Lucy from SUP North updates SUPboarder on the third race in the Northern Winter SUP League;

Southport’s first SUP race took place this weekend, organised by Alan, Simon and me, Lucy – founders of SUP North and newly-initiated Starboard UK team riders. The third in the Northern Winter SUP League – a series of fun events for paddlers of all abilities and on any kind of boards, the racing was initiated by Chris Kenyon of Central SUP as a way to keep paddlers on the water and getting together in the colder months.

True to the nature of the Winter series, the weather on the day was chilly with a little more wind than we would have liked, making the 2 mile marine lake course extra challenging. A great turnout of 29 paddlers took to the water, aged between 9 and 67 years old and travelling from Cumbria, Yorkshire, Derbyshire and the east coast. It was great to see a big mixture of boards, from surf SUPs and all round inflatables, to 12’6 and 14′ race boards – a true representation of the SUP community. 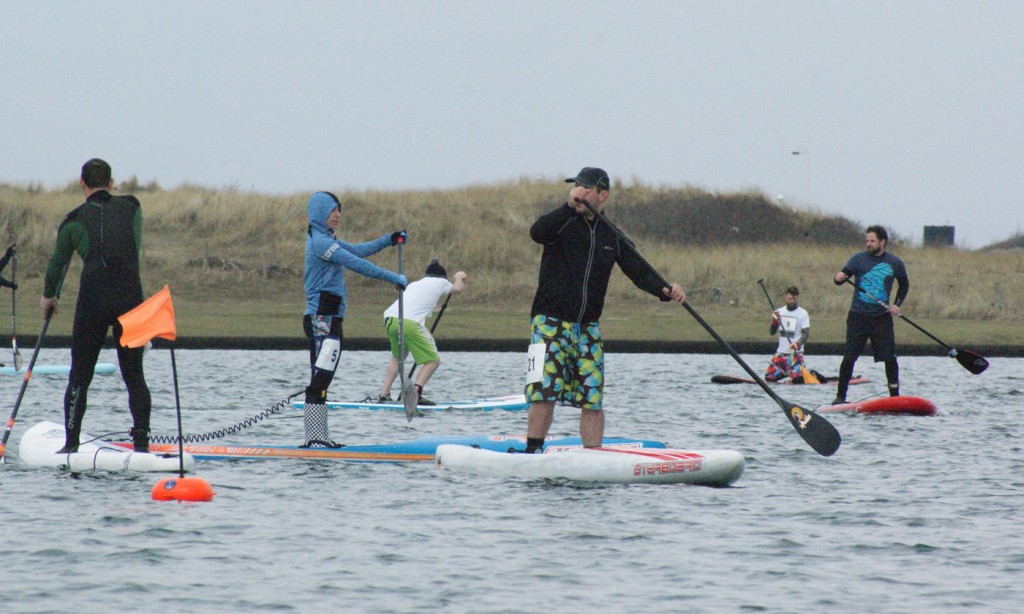 After a wave start for the different board categories, paddlers headed to the southern end of the lake, passing under the Victorian iron pier and Venetian bridge, as well as the modern Marine Way bridge. This was an opportunity for visitors to the town to see stand up paddle boarding in action! 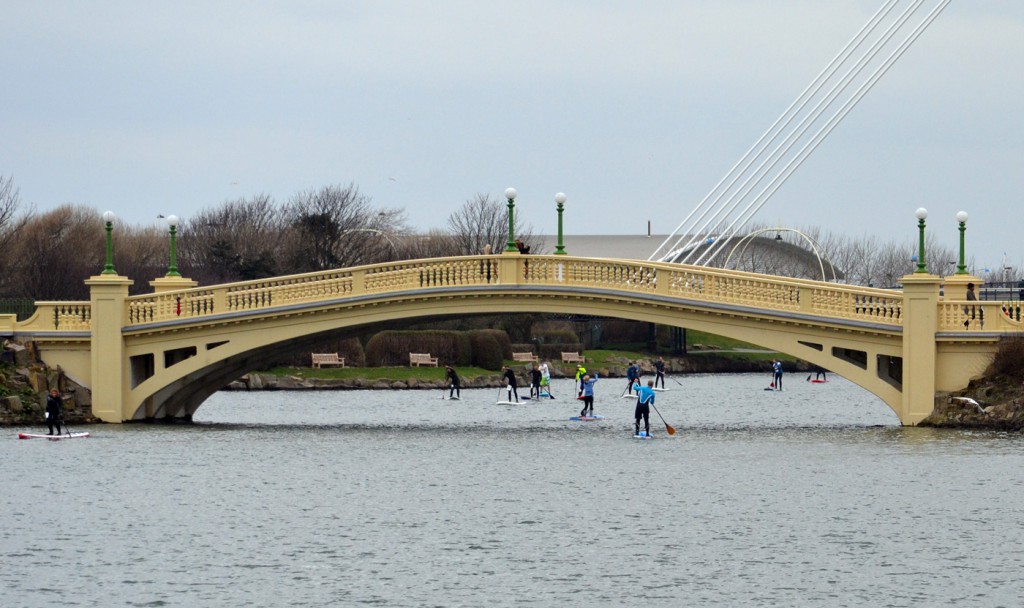 A mile-long upwind leg proved challenging for most, but Jamie Harman cruised across the line in a great time on the Red Paddle Co 12’6 Elite, with Stacey Smithson taking the win for the ladies on her Starboard 12’6 Allstar. For many this was their first race – Rowan Easter-Robinson was one of those, coming along with his Mum, Rayne on Mother’s Day, and beating her to first place in the all round boards category! Special mentions to Joseph Trunkfield and Tony Rowley for their inspiring efforts. 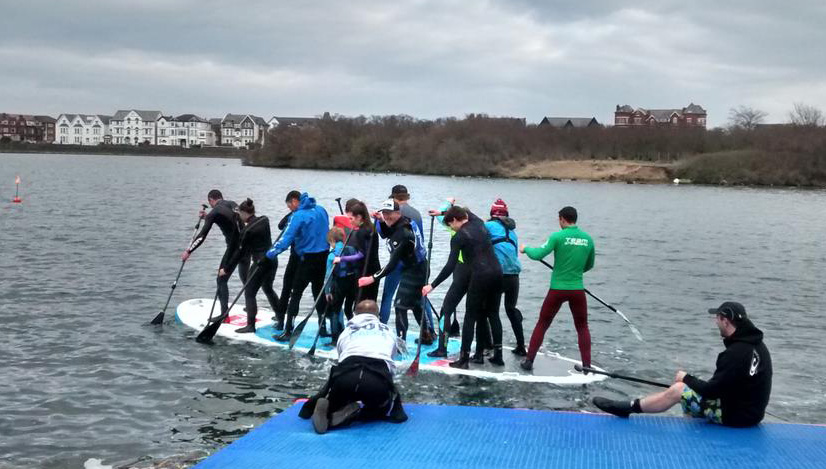 We ended the day with the award of medals and a prize raffle, including a Starboard Tiki Tech paddle kindly donated by our sponsors Tushingham Sails. Then 24 of us took to the water again to race on giant inflatable boards supplied by Red Paddle Co and O’Shea. Racing was fierce, but Jamie triumphed again, taking the win with his team including the Cumbrian contingent – we may have to have a re-match! A record was also set – 13 people standing and paddling on the Ride XL board.

Big thanks go to Southport Sailing Club for hosting and race support, Jamie for attending and bringing loads of boards, Stacey & Sean Smithson-Grey for race support and photographs, Keith of Inland SUP for help with paperwork & timing, and all those who took part and came along to show their support. Hopefully our first race of many!

Race results can be found here. The final race in the series takes place in Nottingham on Saturday 18th of April.