The first event on the Stand Up World Tour for 2015 is going to get underway in Hawaii next week. With the conditions that they’ve been having in the Pacific over the last few weeks it could be an absolute belter. The Waterman League fills us in with what’s about to happen. 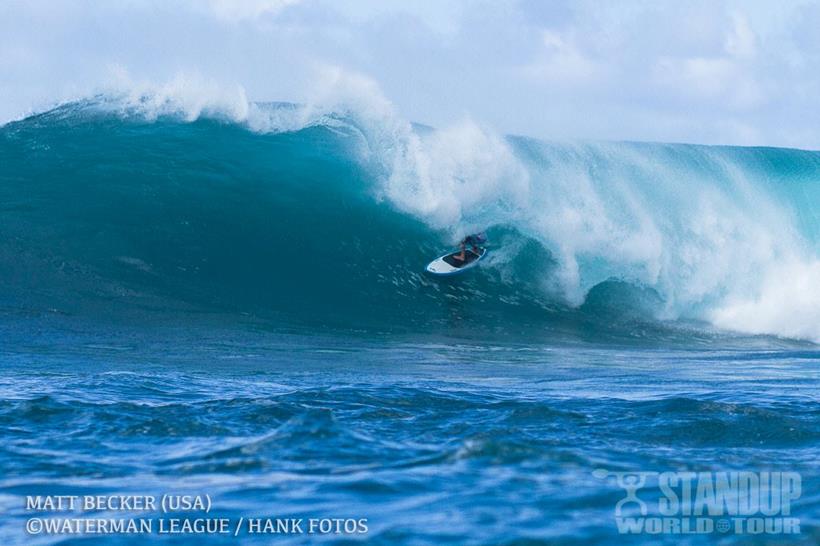 It is that time of year again, and the Stand Up World Tour will kick off at the end of next week with the Turtle Bay Women’s Pro, followed by the Sunset Beach Pro on the 10th February out here on Oahu’s Fabled North Shore.

Coming into its 6th year, Sunset has never failed to provide a magical start to the year, as the best of the best come together at this iconic North Shore wave to do battle at the first stop of the World Championship season.

For Sunset, an opening event at Turtle Bay Resort on the 9th from 5pm will lead to a first possible start on the 10th morning at 8am HST, with what is set to be one of the most exciting Trials events yet. It will all be brought to you LIVE at www.watermanleague.com, so make sure to stay tuned for the real time updates on facebook as Sunset will dictate whether we go each day or not. The holding period for Sunset will run from the 10th – 18th February. 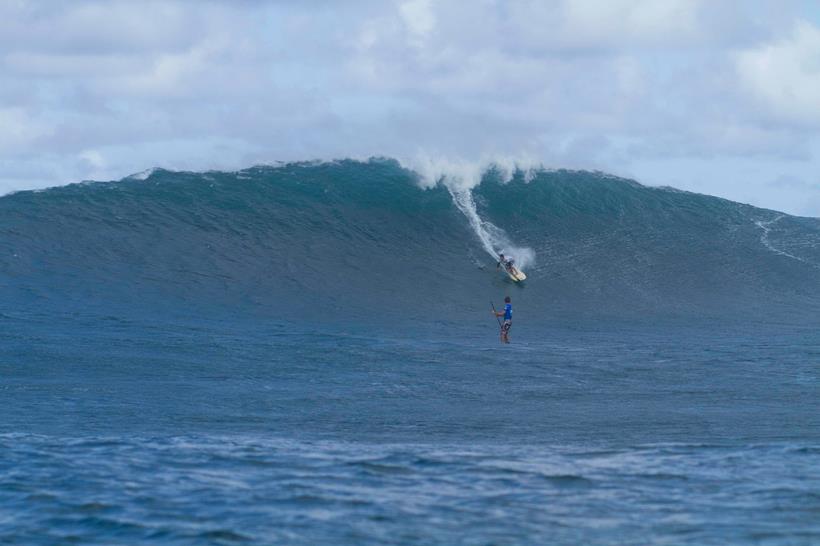 This year’s event is more stacked than ever, coming off the most competitive year yet on the Stand Up World Tour last year, where we saw Kai Lenny (Naish) and Caio Vaz (Art in Surf) battle it out until the end for the Title, and an incredibly tight battle for 3rd thru 6th making for an exciting finish to the year.

Caio Vaz (Art in Surf) will be looking for vengeance in 2015, and a repeat performance of his stunning 2014 victory here at Sunset that set the tone for his year and dominance thru the first half of the season last year. However, with 3 victories here at Sunset and 4 World Titles, Kai Lenny (Naish) will be looking to stand strong at home and start the year as he intends to continue.

Sean Poynter (Starboard) is back and finished the year on a roll in 2014, with a win at the Finals in France and a consecutive win at the Location X ehibition event in Morocco. However, right behind him, Poenaiki Raioha (F-One), Zane Schweitzer (Starboard) and Mo Freitas (Focus SUP), North Shore local will be looking to step up this year and close the gap on Kai and Caio.

The talent pool runs deep on the Stand Up World Tour, so while these are a few of the leading lights, expect some major performances across the board, as Sunset specialists, meet some of the younger progressive athletes for a showcase of performance Stand Up Paddlesurfing at its very best. 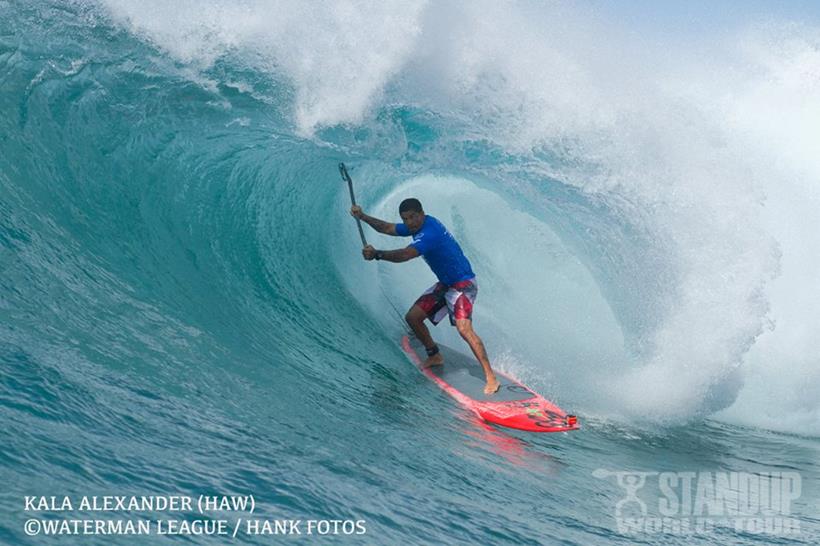 As the birthplace and global capital of surfing and indeed Stand Up Paddling, it is to be expected that the local contenders will be a major force to be reckoned with at the Sunset Beach Pro, with an intimate knowledge of the tricky line up and a weatlh of experience and expertise that will challenge the best of the best.

The Stand Up World Tour wildcard process pays tribute to this local talent by awarding a minimum of 4 spots to the Hawaiian surfers to skip the Trials and go directlyt into the 48 man main event, with additional wildcards awarded to international athletes that have proved their worth across the globe and are worthy of their spot.

Given the extent of talent, it is a challenging process to decide these wildcards, but a board comprised of World Tour Officials and regional athlete representatives is charged with this decision through a voting process to determine the worthy candidates.

The final list will be announced on Monday, but you can expect to see the likes of Kala Alexander who has been a standout in the history of this event, Bonga Perkins, the winner of this event back in 2012 as well as being multiple times Longboard World Champion and then of course Aaron Napoleon (Rogue), an undoubted legend in the sport. 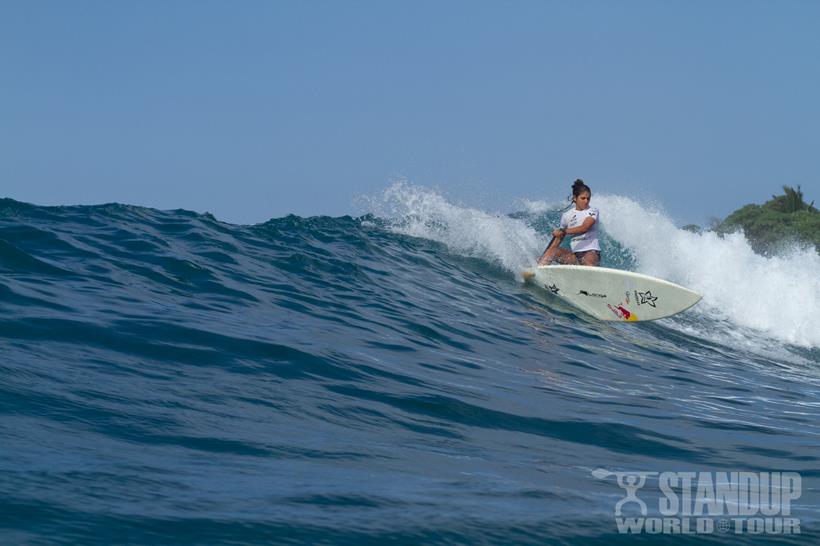 Now in its third year, the Turtle Bay Women’s Pro has provided a spectacular opening event for the Women’s World Tour, as the best of the best step up to do battle here on Oahu’s fabled North Shore.

The ideal right hand pointbreak on tap in front of Turtle Bay’s ‘the Point Sunset and Pool Bar’ provides not only great surf sheltered from any trade winds by the Resort itself, but an unparalleled viewing platform for the sport, as the world’s best women will kick off their 2015 World Title campaigns.

The event will kick off with an Opening event on Friday 6th at 5pm at the Point, with action set to kick off on Saturday 7th. This year will see a Trials event integrated into the program given the extent of women participation, with the Top 3 from the Trials advancing through to the Main event, and as with the men, wildcards will be awarded to the leading Hawaii and international women that aren’t seeded directly into the Main event, with the final list to be announced on Monday.

This year’s Contenders will put on a show, as the competition intensifies on Tour 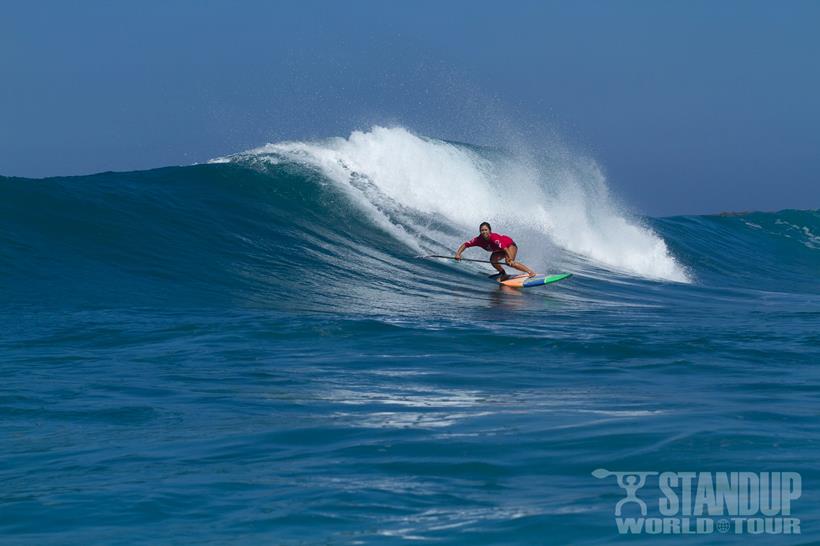 The women’s fleet in 2015 promises to be the most competitive yet, as we see talent emerging from all four corners of the world to do battle here at Stop 1 of the 2015 Stand UP World Tour.

Izzi Gomez (Starboard) finished the year off dominantly in 2014, with 4 out of 5 wins and securing her first World Title. However right behind her was 2013 World Champion Nicole Pacelli, who is also the 2 time winner of the Turtle Bay Women’s Pro, and feels right at home here on Oahu’s Fabled North Shore.

Candice Appleby has long been a standout on Tour, and is one of the most driven athletes, so will be looking to make 2015 her year as she sets her sights on a World Title this year, but she is not alone, as Iballa Moreno (Starboard) from the Canary Islands, Aline Adisaka (New Advance / 27N) from Brazil and the American talent Sophia Bartlow will be looking to make their presence felt in 2015.

However, as with the men, there is a local talent pool to contend with such a Mariko Strickland (Naish), Halie Harrison and Vanina Walsh (Starboard), but also a wealth of new international talent stepping up to do battle in 2015.

Watch out too for the prestigious exhibition heat of the Top 4 from this Turtle Bay Women’s Pro that will go out during the Men’s event at Sunset Beach. 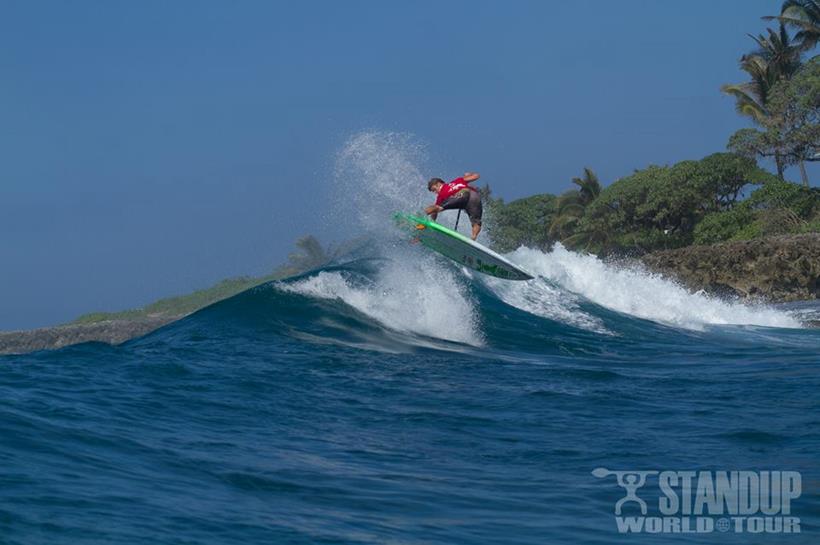 The Opening weekend at Turtle Bay will see a full schedule of activities, in addition to the Women’s Pro, the U16 youth will be hitting the water with a record number of boys and girls stepping up to do battle, as well as the Na Kama Kai Youth Clinic providing kids with a completely unique experience to learn about and enjoy the Ocean in the company of Ocean greats.

A new addition to the 2015 line up here on the North Shore however is the Patron’s Team Shootout. This unique 45 minute Shootout will feature teams consisting of the Stand Up World Tour Patrons’ athletes in a unique showcase of the Men’s talent out at Turtle Bay.

Each Team can consist of as many members as they want, but with just one athlete in the line up at any one time, with the ability to alternate athletes throughout the duration of the heat, to be decided on by the Team Captain. The end result will be a Team Result, with the best 2 waves from each Team being tallied to decide the overall result.

With Team pride, showmanship and a Team Dinner at Turtle Bay at stake, it will be all to play for next weekend at the Patron’s Team Shootout at Turtle Bay Resort.

Watch it all go down LIVE at www.watermanleague.com