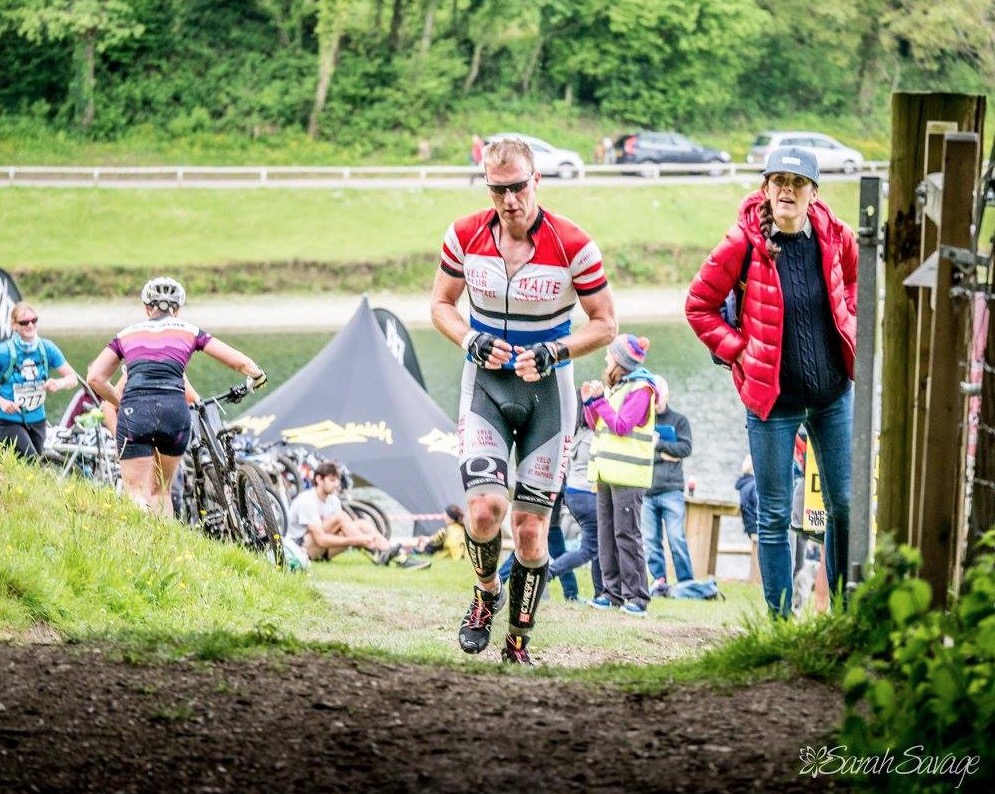 SUP triathlons… what’s involved, what do you need and how do you train for one? Experienced triathlete and passionate paddleboarder Bryce Dyer is not afraid of the wet and muddy stuff! And Bryce explains how despite having completed at a high sporting level himself, the new breed of triathlons, such as supbikerun are great fun for all ages and abilities, and accessible for anyone wanting to give them a go. So if you’re interested in doing something different with your SUP this summer read on…

A beginners guide to SUP triathlons!

What is a triathlon? Well, in simple terms it’s generally always been seen as an endurance event that comprises three separate phases of swimming, biking and running that you undertake consecutively. It challenges a range of skills and abilities and depending on which bar story you believe, originated in France well over a century ago. Roll the clocks forward a bit and around 3-4 years ago, some bright spark decided it might be better if we all stayed a little drier for a change so switched out the swim for a SUP leg instead. As a result, the SUP triathlon was born and this new style of challenge is another variation for us to choose from in the rich tapestry of SUP paddling and racing.

My own voyage into triathlon started way back in 2002. In fact, it was helped along by someone very familiar from the UK SUP community as it was multiple national SUP champion (and then elite triathlete) Ryan James who took me out for my first hard bike ride. He rode, I blew and the rest of the story ends in a sugar crashed haze in a local Sainsbury’s. (Note: 12 years later, he did the same to me again when I bought my first SUP race board – I really should stop asking him).

When you read about its early accounts, triathlon was generally undertaken by those who just wanted to test their limits. Egos were rare, lycra even rarer and sports nutrition generally only went as far as a jam donut, some Jelly Babies and a wing and prayer. In many ways though, events like SUPbikerun are closer to triathlons original concept (and in particular, the Park Run or cycle sportif concept) than they are with contemporary swim bike run triathlons. It’s not a race, it’s a challenge. Instead, in the 4 SUP triathlons I’ve done, I’ve seen all shapes and sizes, all ages and backgrounds and a start time of your own choosing which has allowed me those ‘special’ moments to relieve yourself in the toilets with those pre-event nerves over and over again until you are ready to finally start and get on it.

So if you’re up for the challenge, what do you need? The reality is a board and paddle (although these can often be hired), a bike, and a pair of running shoes. That’s it. The type of board doesn’t matter. Sure, you’ll see clowns like me on some kind of high octane race board but we’re few in number. The majority have grabbed long or short, inflatable or rigid and made their way down to the water’s edge. As for the cycle leg (which comes second), a mountain bike is a good place to start – particularly if it’s an offroad event. The bikes are comfortable, durable and generally reliable. Suspension forks aren’t mandatory but it can smooth the ride and make your day a little more comfortable. You’ll need a helmet too. As for the run, a (broken in!) pair of running shoes that you’re willing to get muddy are fine.

The distances of such events vary from those that might take an hour or so upto something of four hours plus. That length isn’t to be underestimated (particularly as you’re going to burn through a lot more calories doing this than if you’d just gone for a long paddle). It’s good to stretch your limits but its sensible to go for a distance that you think you can achieve without the need for supplemental oxygen and a priest reading you your last rites for your first one.

With this in mind, how do you train for one? That’s a more complex question and would be based upon your background, your goals and your current level of fitness. We’ll save that one for another day. However, if you’re cautious, it is possible just to rock up and do one without doing too much specific training at all. In fact, for all 4 of my experiences I did no more running than a couple of short 20 minute runs the week before to make sure I wouldn’t suffer too much post-race soreness of my body betting on red (and likely coming up black) when dealing with the impact of gravity. For cycling, putting a few rides in of at least the race distance is as useful for checking the bikes reliability as it is for your confidence.

As things stand though, I’ve listed a few tips for you to think about that might help you through your first experience:

Dr Bryce Dyer competed in his age group for the GB team for years, won best rookie at the Quadrathlon World Championships and once had the ridiculous idea of doing an Ironman in shark infested waters in a silver wetsuit (thereby being blissfully ignorant that he was resembling a 6ft fishing lure). He now races SUP’s for Naish UK.

For more information about supbikerun events check out their website.

The next supbikerun event will be taking part at Clumber Park on 2nd-3rd Sept 2017. Don’t miss out.