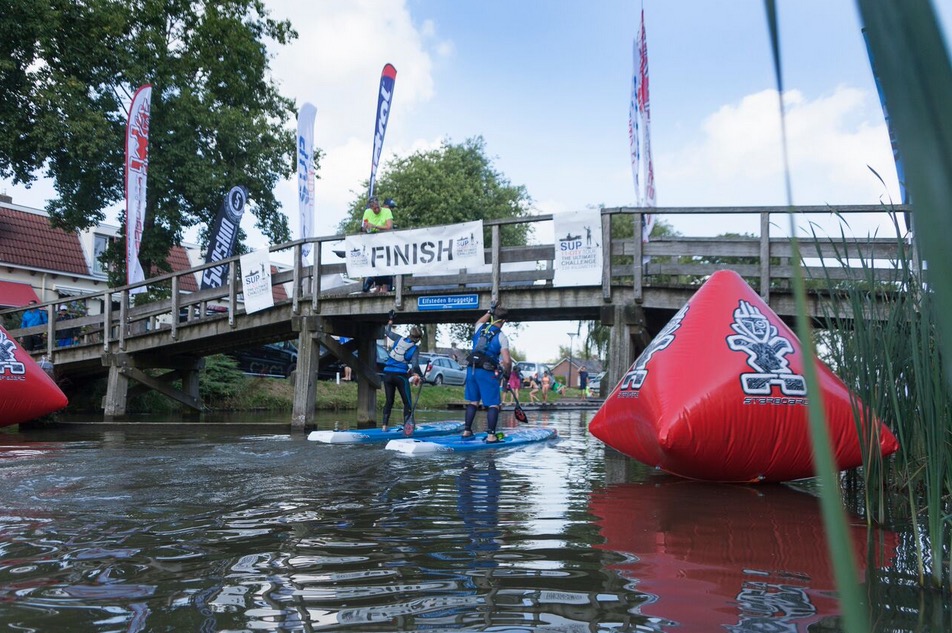 For many of us, setting ourselves a SUP challenge is an important one to tick off the to do list. Whether it be a personal goal, solo adventure or a SUP race it takes commitment and training. So when injury gets in the way of those plans it can be very frustrating and enough of a reason to admit defeat. But not for one paddler, Todd Phillips. Todd is a self-confessed ‘adult onset enjoy-ance athlete’ who has always used the outdoors to challenge himself. Previously a ‘mountain person’ at home in the United States, Todd discovered SUP in 2007 after moving to the Netherlands. His love for SUP, a challenge and working together as a family to be part of something big, is what led him to the SUP 11 Cities Tour. Unfortunately 5 years of injury prevented him from actually competing. But 2016 was the year Todd’s dream finally came true. Not just one but two! Todd shares his ‘keeping promises’ story…

When you wait long enough and are patient, some stories write themselves This one took 5 years, 9 months, 6 days, and whatever hours. But that is not how it started. It started with a phone call.

“Sister, I think I’m going to do this race in the Netherlands. We should do it together.”

My sister Caren and I have a genuine passion for stand up paddling. I blame her really. She got me started in 2009 shortly after she moved to Thailand, which is where she taught me to stand on water. I never really cared much for water as an environment to recreate; no, I was more of a mountain person. However, since I moved to the Netherlands in 2007, as you can imagine, I had to find something on the water to entertain me. Caren knew this and got me hooked on SUP. Now that phone call played out something like this: I told her I wanted to do this long distance event called the SUP 11 Cities Tour and she she agreed to do it with me… some day. As promises go, it was a little weak, but she did say it and I planned on holding her to it. 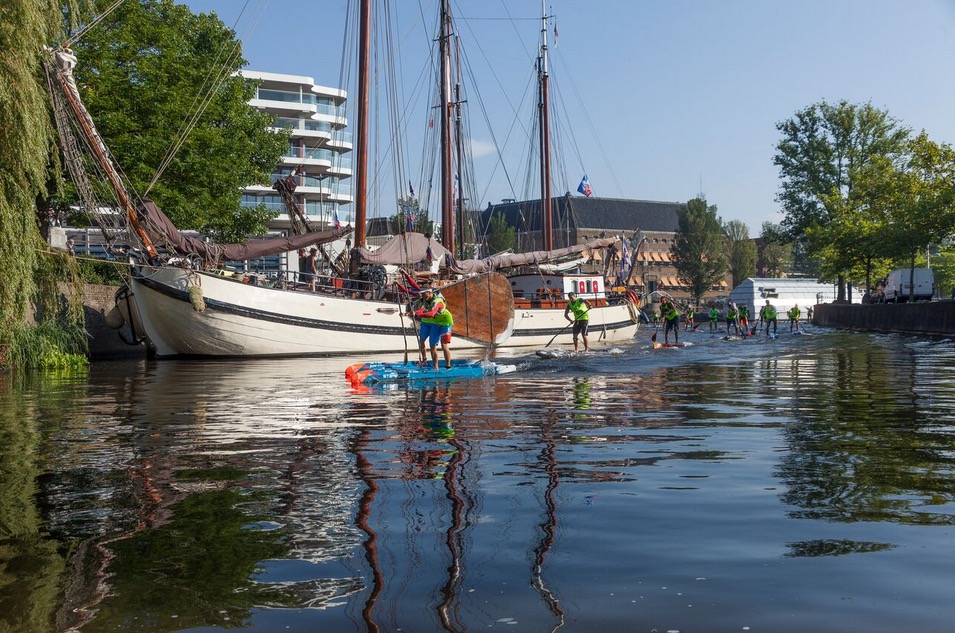 The SUP 11 Cities Tour is a five day, 220 kilometer (137 mile) event held each year in Friesland, the northernmost region of the Netherlands, and has been touted by some as the “Tour de France” of the sport. Even though the event in its current incarnation began only eight years ago, there has been a mention of ice skaters visiting all eleven cities of Friesland since the winter of 1760. The 11 Cities Tour, or Elfstedentocht, took official form in 1890 with the establishment of the Association of the Eleven Frysan Cities who organized tours for leisure skaters and a race for the more serious athlete. Starboard athlete Anne Marie Reichman-Totah had a vision for a modern five day, 220 kilometer event to replicate the Eleven City tradition and to celebrate the history of this picturesque region that has since grown to include hundreds of participants representing 27 countries. Needless to say, I did not pick an easy event.

Each September for the past five years I have come north to the city of Leeuwarden, the heart of the Frysan countryside, to either attempt to race or to volunteer. When I say “attempt to race”, I mean that I have tried several times to compete in this event, and have never been successful; each time having to bow out due to the aggravation of a prior shoulder injury. I never gave up though, returning year after year for that one quality that is so lacking in today’s modern, fast-paced SUP market: family. The Hawaiians call it “Ohana”, that spirit of togetherness, camaraderie, mutual respect and support that many events say they have, but this one actually delivers. The organizers have created opportunities for every person of every ability to participate: the non-stop event that begins on Monday, the full five day event, team competition, day stages and daily SUP clinics for the locals and their families that come out from the surrounding villages and towns to support the athletes. I didn’t know it at the time, but what I really wanted was to share with my sister this sense of family. I wanted my her to meet my other “family”, and as the years passed since that first phone call, it seemed like it would never happen. Even after I moved away from the Netherlands and back to the United States shortly after the event in 2015, I had made such a tradition of setting aside the first week of September each year that even though I wouldn’t be local anymore, it would seem a shame to not keep the tradition alive in 2016. So I called Caren again:

“Sister, I think I am going to do this race in the Netherlands. We should do it together. This will most likely be my last year”

I trained hard this year; beginning in January with simple trips across one of my local lakes. I only mention this because I live in Maine. It’s cold up here in January, but I was determined that this was going to be my year. I fought the traces of surface ice for a few months until winter finally overtook the lake and I was relegated to indoor training until spring. Caren knew I was training hard and that I was committed to success this year. She provided lots of support as the months ticked off the calendar and as the anticipation of competing began to swell, I quietly accepted that this was going to be “my” year, not “our” year.

A few days before the start finds me in Leeuwarden, supporting the non-stop portion of the event as I have done before, and mentally preparing for my own efforts. It is a great advantage to volunteer; it gives you a chance to get exposed to the race course, meet some of the toughest athletes, and work with the great race staff that have been working hard for a year to assure a flawless race experience. The race organizer, Ritske Markus, asks me if I would be willing to do him a favor and take one of the vans down to the airport in Amsterdam to pick up a couple of the elite athletes; Daniel and Bruno Hasulyo, better known as the SUPBroz. These guys are not only great athletes, but also great people, so the decision is easy. Besides, it gives me a couple of hours to talk shop and get some race tips and tricks from some top professional athletes.

It’s easy to spot SUP athletes as they travel for events; they are the ones with the fourteen foot board bags and tons of gear. In the typical SUPBroz fashion, they are taking lots of photos. I had met them the previous year, so it was like a great big homecoming of sorts. But what I was not expecting was Daniel taking a video of me with his mobile phone….and not saying much, but smiling his classic, almost trademark, smile. What I also was not expecting was my sister, Caren as she walked through the turnstile and into the sunshine. Everybody knew (race organizers, athletes, my own family)… everybody but me that is… that she was coming. She had arranged only two weeks prior to the start (two weeks!!) to attend.

The race? Yeah it was as hard as we both figured it would be. We suffered together and alone each day from the back of the pack. We smiled brightly along the way as words of encouragement were being shouted all along the canals, bridges and villages we went through by people we had never met (and some that we had met), most often in a language neither of us could understand. Behind our smiles were grimaces of pain. We laughed at each other. I cried. We pulled each other along emotionally as we physically struggled individually. But that is not what this story is about. This story is about something better: family… and keeping promises.

A fantastic achievement Todd after so many years of injury and frustration. And even more so for both keeping your promise and completing it together! Well done to you both. We look forward to hearing about your next SUP challenge Todd… surely this is just the start!?

If you have a SUP story that you’d like to share then please get in touch with the SUPboarder Team via our contact page. We’d love to hear from you.