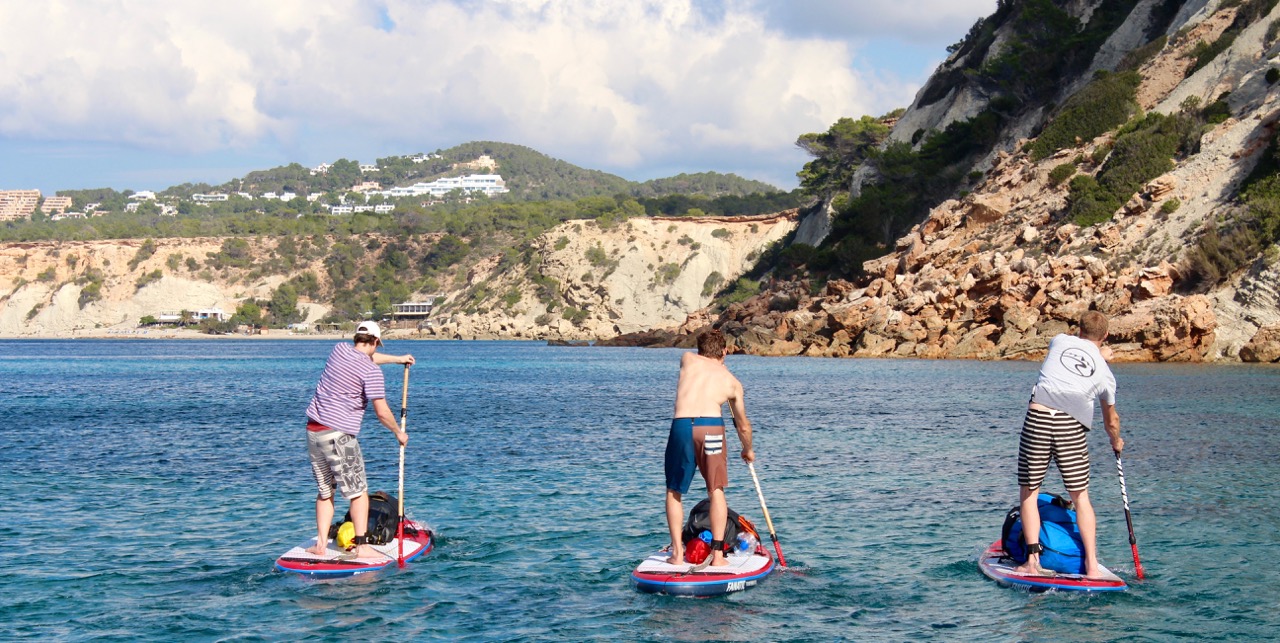 Sometimes it’s good to put preconceived ideas to one side and to take a fresh look at things or places that you thought you knew. That’s what adventurer Charlie Head was gently forced to do when he was told to go and paddle around the European Party Island of Ibiza last autumn. We’ve already featured the video of this week long adventure cruise on SUPboarder, and now here is Charlie’s somewhat colourful description of the week!; 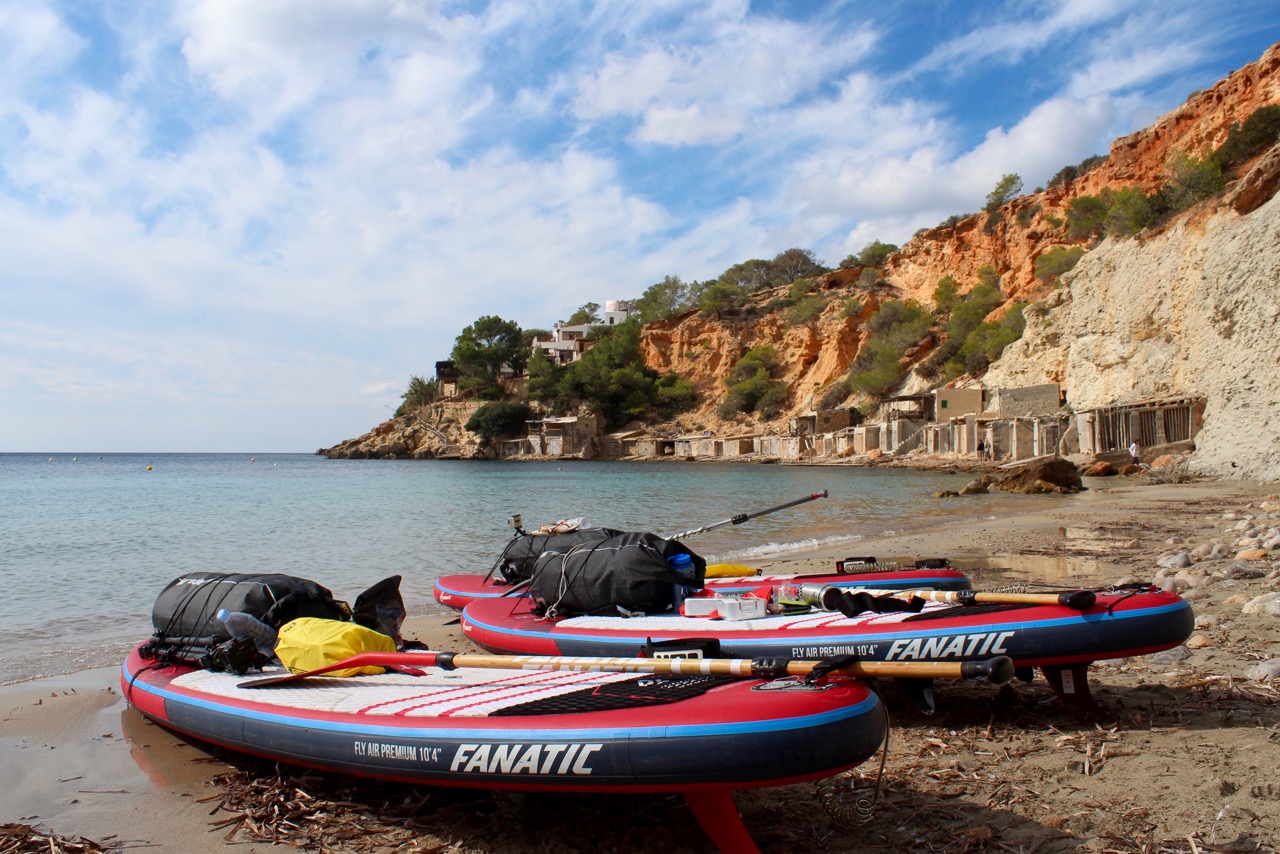 I was balls deep in Peru, stand up paddling the course of the Amazon river when I received an expensive satellite message from Kiko, telling me that when I returned in 2 months, I was going to Ibiza. I initially couldn’t think of anything worse. I’m already sweating in a rubber suit, on the dance floor, paddling down rapids like a new born giraffe.

Sadly that’s how a lot of people think of Ibiza!? Humans coming to gorge on a thick rump of hedonism. Sex, heat and pink people. I was wrong, well, half wrong! Actually it was beautiful surprise.

So with Ben and Will, Kiko planned a soulful, peaceful circumnavigation of Ibiza. Empty rugged coastlines with crystal clear waters. No need for a rubber suit, I can be naked as I like, or as long as everyone else could handle being at the back! Only when Kiko took her top off, the pace picked up!

Kiko knows me well and knew I was going to have a massive come down when I returned to London. So she joined forces with Ben and Will to make up the chilled team of characters to film a little adventure holiday on an island seen in a whole new way.

After raging brown silted water, it felt like I was in a dream. My board was now gliding through silky, clear aquarium water. I paddled for 2 minutes before diving off my board into a deep cuddle of bubbles, fizzing across my skin.

Deciding our start point was simple. A tourist map of the island, locate the airport and then looking for the closest parasol symbol. Taxi hailed, off we drove via the supermarket, and arrived at this car park in the pitch black. Now for finding the ultimate flat and stone free sleep spot. Bit of whiskey, clear starry sky and moonlit waves lapping at our heads, we slept. Dreaming with anticipation of our unplanned adventure that lay ahead.

We had a rough plan and were armed with nothing more than Google maps. With an 80 mile coastline there was no real rush and had decided we wanted to enjoy interesting places to camp in rather than squeeze in the miles. We searched for beaches (using the zoom function on the iPhone which often turned out to be yellow coloured boulders!) but occasionally were welcomed with some little surprises. A cave, deserted beaches and an uninhabited island made for some great wild camp spots and evening sunsets or morning sunrises couldn’t have been more beautiful.

Kit wise we also only needed one waterproof rucksack each for all our gear, strapped to the front of the board with a few water bottles and the occasional bit of firewood we would pick up along the way. I had suggested to the team that a sleeping liner would be fine, after all, windguru said temperatures at night were about 19 (lies!) so it was no surprise we only need one bag each. Ben, the main casualty of the actual night time temperatures was very good humoured about my poor advice, often blaming himself for listening to someone like me.

We had a couple of days when wind and waves pushed us into a cave, land locked, we hid from the spray and christened the whisky. With mainly just the wind to consider, most of the mornings would normally be calm with time to get around parts of the coast with limited places to stop.

Four friends became closer, through a trip that’s perfect for the holiday maker and the adventurer. We were followed by dolphin, navigated a mine field of jelly fish, rescued a seagull and formed a relationship with an island we didn’t even know existed without an hangover.

If you did the trip over two weeks, it would make an incredible pub/club crawl and fully see the best of Ibiza. But one week is all you need to get around the island. The dramatic rocks, cliffs and caves are best on the north side of the island but with slightly less camping options unless you really want to freestyle!? There are so many deep water bouldering lines all the way along, leading to great cliff jumps. We went at the end of the season when more of the coastline would be available to camp and less chance of tourists.

Often expeditions are about planning, overcoming obstacles and reaching a destination. Kiko, Will, Ben and Charlie skipped most of that by setting one goal, to chill-out and see what they could find on a path less travelled around an island that many will only think of as a party destination. And they succeeded. Look out for more from Charlie soon here on SUPboarder.