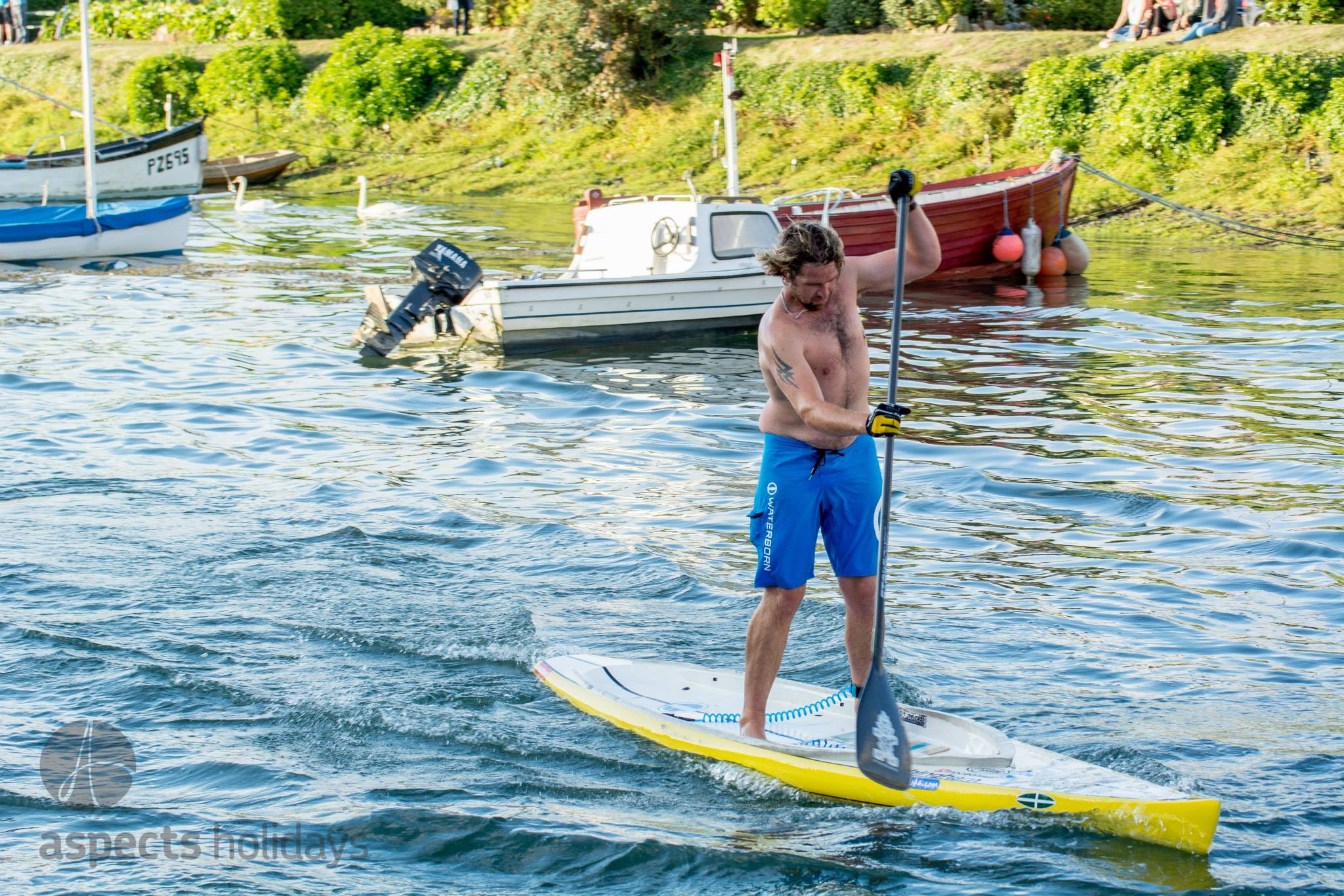 Hayle Surf Lifesaving club opened their annual Surf to Salt prone paddleboard race to SUPs a few years ago and it’s attracted a small but growing number of stand up paddlers since. Crispin Jones from Waterborn SUP made the trip from Devon and updates SUPboarder on the evenings race action. 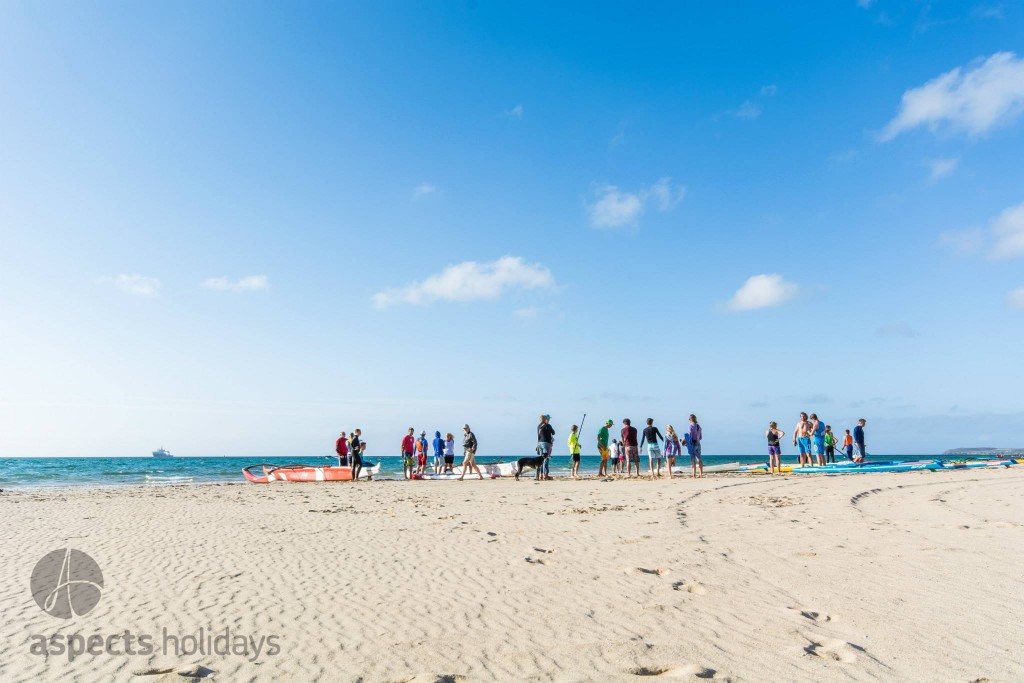 Another year another Surf 2 Salt board race! A personal highlight in the race scene for me, this race is quite unique; it’s only a short distance, well at least for a SUP anyway. The race is preliminary a prone paddleboard race as part of the Hayle Surf Living Saving Club, a few years ago they opened the race up to their Standing up brethren as well and I always make the journey down across the border to partake in the fun. The course is a little over 3km which doesn’t seem like a lot but it still presents its own challenges, I still have the up most respect for the guys and girls doing the race using only their arms!

The course starts on the beach with competitors stood just at the water’s edge, heading out through the surf from in front of the Hayle SSC clubhouse towards the channel marker for the Hayle estuary. Once you’ve rounded the marker it’s a dash back up the estuary and towards the pub, seems like a good location to me!

There’s only ever a small hand full of SUP’s at this race, it’s still fairly low key on the SUP race radar but it’s one I really recommend. Some 100 competitors line up at the water edge, ages ranging from in the early teens up to the, well let’s say older people…. a mix of Outrigger Canoes, SUP’s, one of the giant Starboard ISUP’s helmed by local hero Ollie Shilston, and of course the bulk of the fleet, lifeguards on their slick paddleboards. This year there was a fierce side wind to contend with which caused a lot of confused choppy water but thankfully very little swell, so my trusty C14 took to the water yet again, less than ideal conditions for the first 2k but perfect for the last section of the course up the estuary.

Most of the SUP’s took to the left of the start line, allowing for the pushing wind as we charged towards the marker. Dave Ewer from Reactive Water sports in Plymouth got a great start on his Starboard Ace, choppy conditions meant he had to do a lot of bracing paddle strokes but still he kept a good speed. As glanced around watching the line of prone boarders file down I was shocked to see the giant ISUP leading the way with what seemed like the entire rest of the prone boarders tucked in behind utilizing the wide draft tail. Myself and a few others stuck over to the left of the train but occasionally got caught in some of the wake tailing off the lead pack. Rounding the mark proved tough as I turn directly into the wind, I wasn’t too worried about a tight turn as I knew I had to hold a wide line as now I would be paddling on my right side for a good km. Catching small runners back towards the entrance of the Hayle Estuary was fun and I felt faster and faster as the sea got calmer with every glide closer to sheltered waters. The giant ISUP with the St Ives Bay SUP club seemed to be getting pushed well out of the way by the wind but it still hit the estuary mouth before me by a few boards length, a hand full of the prone boards were ahead of me as well as one of the OC6, Surely now out of the wind I could let my board do the hard work and grind back a few more places….

Needless to say I couldn’t catch Ollie and his team, every time I got close they put on a burst of speed, I matched it but couldn’t get clear, I managed to overtake a few more prone’s before the end of the course and was stoked to cross the line as first SUP Male. The pace of the lifeguards is staggering and before long the finish line was awash with competitors. I admire the youth section of the local clubs, they really supporting them and am pleased that the beaches of tomorrow are safer because of them and their training. Congratulations to everyone involved and thank you very much to Hayle Surf Life Saving Club for another fantastically run event. My thanks also go to Starboard, Tushingham, Teapigs and Onit Pro for their support in my training. See you on the water!

It’s good to see that mixed events such as this, open to a variety of paddlers, are thriving. Don’t forget to let SUPboarder know about events in your area!