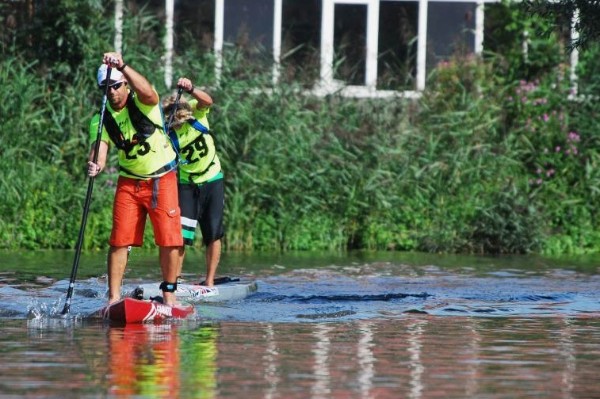 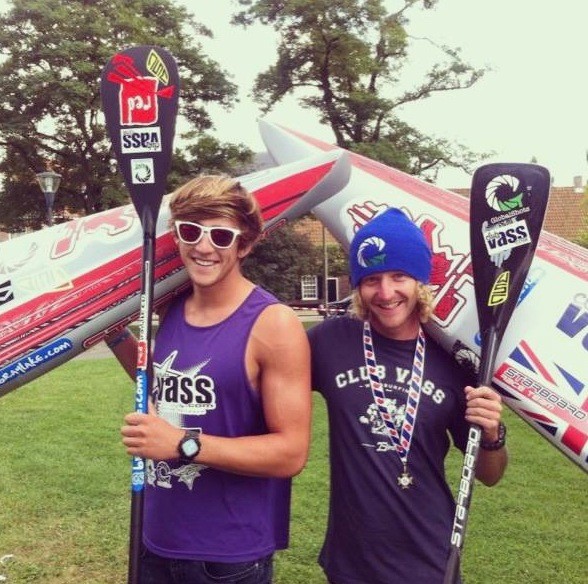 They call it the Tour De France of SUP.   The world’s longest stand up paddle race, the SUP 11 City Tour, has just finished in the Netherlands. From the 4th to 8th of September, competitors paddled the gruelling 220km course in five separate stages, Tour de France-style, making it one of the harshest races in the world of SUP racing.

I still can’t remember what made me decide to enter the SUP 11 City Tour event this summer, but before I knew it I had already typed in my debit card details and clicked continue! With 4 weeks to go, no training and no board, reality really kicked in!  Then with a few emails flying backwards and forwards, Club Vass had managed to get a 14ft Starboard Allstar out to Greece and the training started.  I had know idea what to expect from the event so I just tried to fit in as many paddle sessions as possible coming up to the SUP 11 City Tour.  The first day was chaos I think because I had no idea how to train and for me a long paddle then was around 15 – 20 km so I knew Day 1 of the Tour at 45km was going to be my longest paddle by far.  My best moment from the event has to be seeing the huge yellow Starboard buoys at the end of each day marking the finish line, while the worst moment was paddling 6 hours in 25 degrees with a hole in your Camelback, not ideal if you when you need to stay hydrated.  Overall it was a great event which was very well organized and had a huge mix of highs and lows! I am very happy to finish the event in 21sr place with a time of 24 hours 54 minutes.  We will be back next year to take on the challenge, with more training and better preparation looking to hit the Top 10 mark!

“I still can’t remember what made me decide to enter the SUP 11 City Tour event this summer, but before I knew it I had already typed in my debit card details and clicked continue!”

I entered the race back in March with a plan of training hard for the event.  But with the famous Club Vass BBQ’s and Zeus Bar, training went straight out the window.  With a few weeks to go Jay and I tried to get in as much training as we could.
As race day arrived and we started the first stage of the 220km race, I realized just how badly I’d underestimated this challenge.  By the end of day 2 and only 90km into the distance, I was broken and seriously doubted if I’d complete the total distance. However I made it threw day 3 and was currently sitting in 19th place with 2 days to go. By this point the pain had become normal and I was into my rhythm.  I had 2 more days to make up as much time as possible. So 220km completed and I finished in 16th place with a time of 24 hours 18 minutes, and 14 seconds off 15th place. I will be back next year with the goal of coming in the top 10.

“So next year slightly less Zeus Bar and a lot more training!”

Big thank you to Clubvass and Starboard UK for the support.