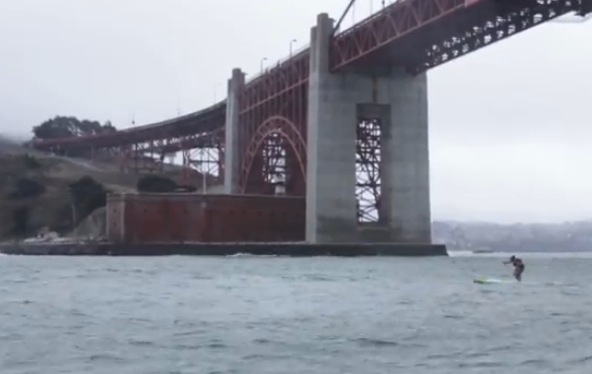 Day two of action in San Francisco was amazing, with the women putting on one of the most intense races ever and Kai Lenny winning the Sprints it would come down to a tie breaker between him and Connor for the overall prize again. Congrats to all who competed this weekend at the Stand Up World Series race held here at the America’s Cup in San Francisco.

Connor Baxter (Starboard) battles back on the last leg of the challenging long distance race, to edge ahead of Kai Lenny (Naish) and take the win here in the long distance course of the AC Open, Stop #7 on the 2013 Stand Up World Series. Strong winds, strong tides and tumultuous ocean conditions set the scene for a radical long distance course today at the AC Open, that took center stage at the America’s Cup here in San Francisco. Waterman League