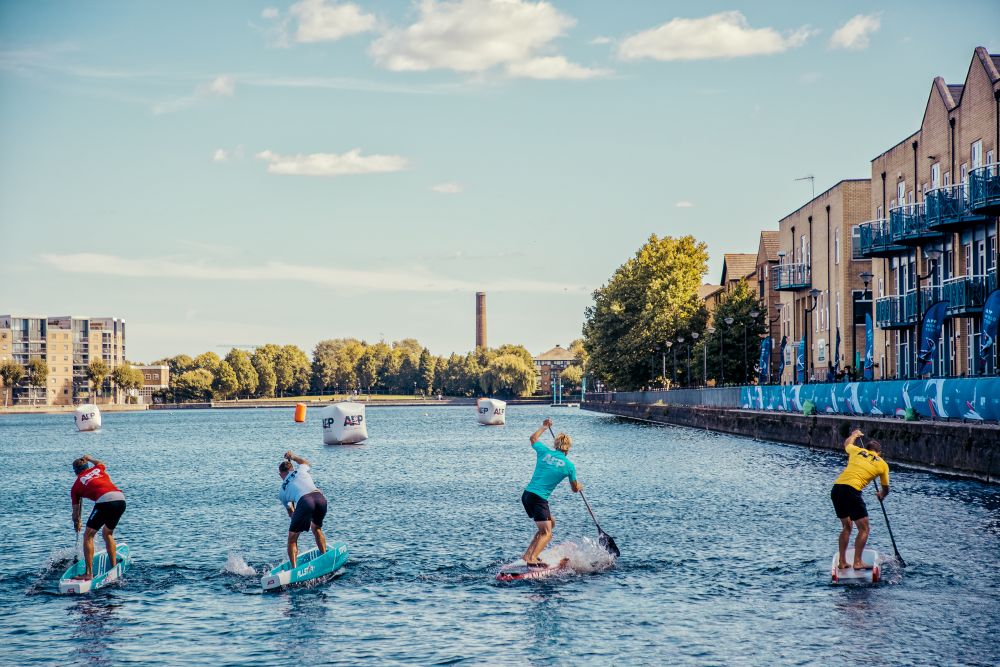 Stop #2 of the APP Racing World Tour has wrapped in London after a weekend of action-packed sprints and the iconic distance race down the River Thames.

That’s a wrap on stop #2 of the racing world tour, as the london sup open provides a spectacular weekend of racing. Clement Colmas and Esperanza Barreras become distance champions on their APP world tour debut, Rai Taguchi turns it on for the young guns and Connor Baxter and April Zilg maintain their lead in the world title race.

Japan’s Rai Taguchi kept Connor Baxter looking over his shoulder in the sprints but, as usual, Baxter kicked into 6th gear and managed to hold off the young guns once again and continue his winning streak. April Zilg unsurprisingly claimed the sprint title for the women after battling with Caroline Kuntzel and Esperanza Barreras through a competitive set of heats.

On Sunday, the River Thames turned on the chop and current, sending the racers blazing down the river in what was a thrilling race for both competitors and spectators. Spain’s Espe Barreras, dominated the women’s race from the get-go and remained untouchable to the the rest of the field. With a 2nd in the sprints and 1st in the distance, Barreras took the women’s overall, putting her just behind April Zilg in the 2022 Racer Standings.

Daniel Hasulyo was quick off the block and took the lead of the men, but not for long, as New Caledonia’s Clement Colmas powered ahead and managed to hold off Arthur Arutkin and Connor Baxter in a battle to the finish line, taking the win in his debut on Tour.

After stop #2, Zilg and Baxter remain in the lead in the World Championship race, as they look toward stop #3 next weekend for the Busan SUP Open.