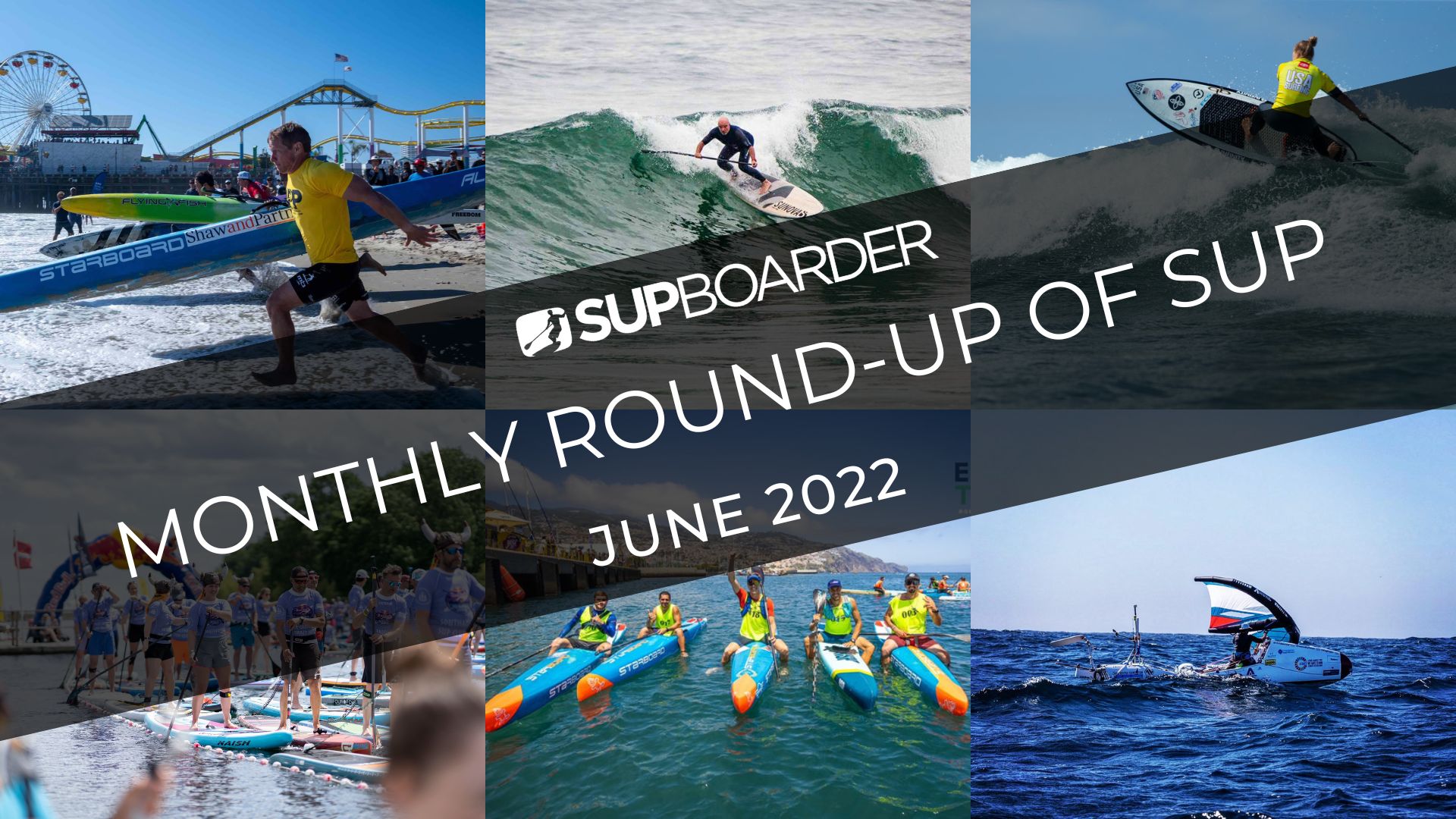 Welcome to our collection of the biggest news and stories that have taken place in the SUP world from the previous month. Let's recap what happened in June because it was a big month for SUP.

8.565 km. That is how far the 400 participants of the biggest 24-hour SUP relay event in the world, the Red Bull Midsummer Vikings in Copenhagen, Denmark, paddled this weekend under tough viking conditions!

After a great sunny day Saturday, the weather changed Sunday. In this, the 3rd edition, 400 paddlers in 80 teams from 21 countries battled through wind and heavy rain and also had to endure a 2-hour halt of the race due to safety reasons as thunder and lightning were looming in the area.’

The big midsummer festival took place at the Amager Beach Park in Copenhagen on the 18th and 19th June, 2022 on a 5 km loop with both shallow waters in the lagoon and by the sea.

The TransPac Wing Project is officially underway! On May 31st, Chris and the team completed a safe and successful launch from the Santa Cruz Harbour in Santa Cruz, CA, enroute to the Hawaiian Islands by Wing Foil.

The 2022 TransPac Wing Project is officially underway, and I’m off on this incredible world-first journey. For the next roughly 60 days I’ll be wing-foiling roughly 2550 miles across the Pacific Ocean, alone and completely unsupported. Along the way I’ll be collecting important data on ocean science and putting together ocean classroom sessions, so I can share with people all around the world about the ocean and why we need to come together to protect it!

Chris is currently in the Doldrums region of the Pacific Ocean.

The APP World Tour saw the return to competition for our top athletes in the Racing, with the US Open of SUP taking in place in Santa Monica, USA.

To say the first stop on the Tour for 2022 was lacking drama, you would be wrong. The sprint racing went smoothly with Connor Baxter wining just pipping Arthur Arutkin at the line, and April Zilg winning by a fair distance in front of Candice Appleby.

The Distance race was started in thick fog and competitors couldn’t see the coastline for the majority of the race. Event organisers said to follow the lead boat, however during the race the lead boat attended a safety concern 6km out to sea, meaning 90% of the race field was taken off course from the finish line. Itzel Delgado and Bodie Von Allmen had their own GPS devices to race toward the finish which meant they crossed the line in first and second respectively. Michael Booth was leading the race for the first 6 miles of a 10 mile race until competitors were taken out to sea. Here is Michael’s recap of the race and how things must get better into the future when it comes to rules and regulations.

Michael & Arthur raise some very good points about the future of SUP and whether or not the race should have been called off due to safety concerns. It sounds like we won’t be seeing Boothy back on the APP Tour anytime soon and we must assume other athletes feel the same way.