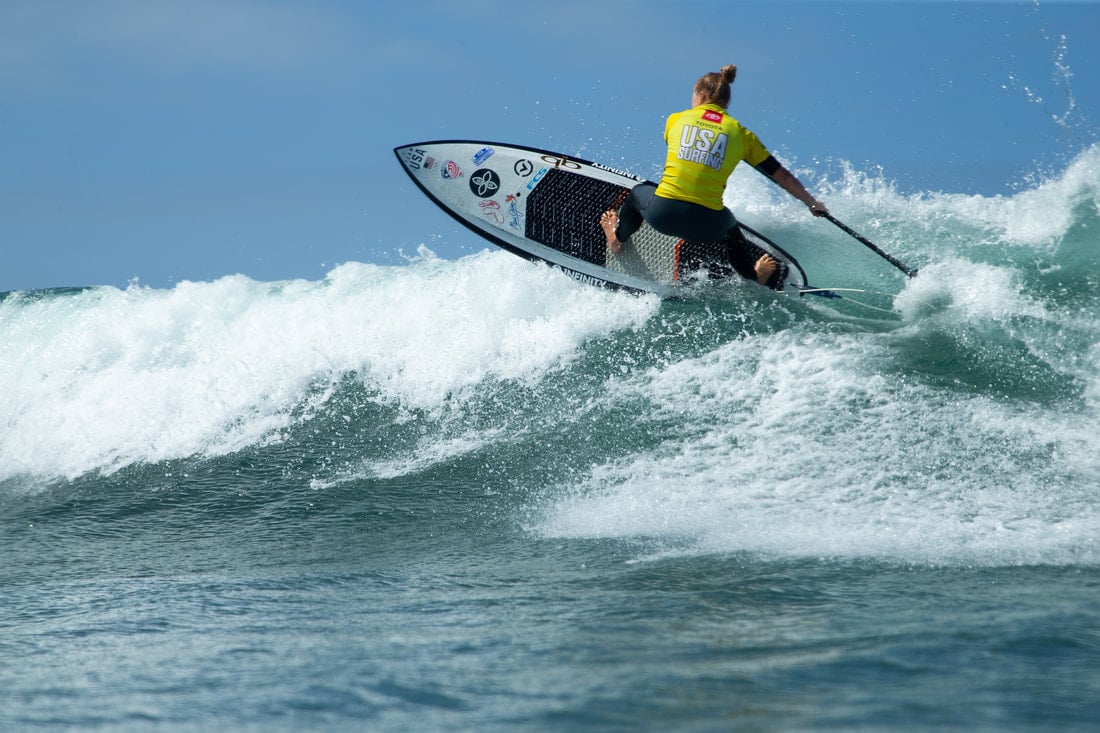 The USA National SUP Titles for surfing and racing we held last weekend and the top competitors qualified for the ISA World Games later this year. See the results and write up below.

SUP surfers and distance racers representing both coasts, and Hawaii put up impressive performances at the 2022 Oceanside USA Surfing SUP Championship on the 18th June, qualifying them to represent the U.S. in the International Surfing Association’s World SUP Championship in Puerto Rico.

The energy and sets were pumping in Oceanside’s North Jetty with some of the biggest scores and battles in the event’s history.

See results for all divisions below: