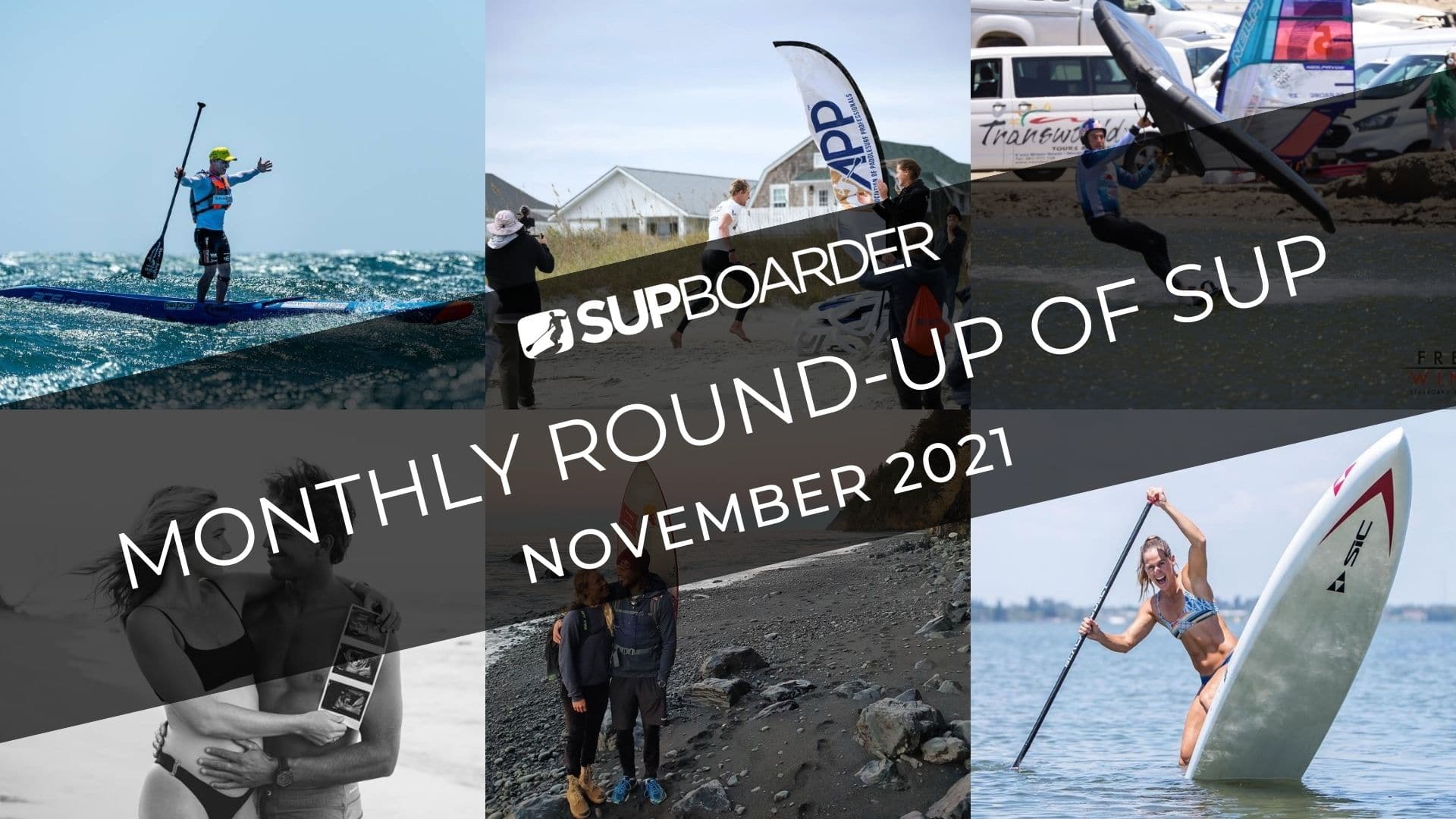 Welcome to our collection of the biggest news and stories that have taken place in the SUP world from the previous month. Let's recap what happened in November.

The Carolina Cup is a major competition in the SUP racing community being one of the biggest events each year. Held over the weekend of the 5-7 November 2021 by the Wrightsville Beach Paddle Club, athletes competed not only for the title, but also to qualify for a spot on the 2022 APP World Tour.

The long distance Graveyard Race and the technical sprints make up the competition for the SUP athletes with demos and other events happening all weekend. April Zilg won both the Women’s technical sprints and the gruelling 13.1 mile flat water Graveyard Race to solid her #1 spot for the weekend. Meanwhile, Danny Ching retuned as strong as ever to long distance racing with a win on the 13.1 mile course, whilst Connor Baxter powered home in the Sprints to narrowly overtake Christian Andersen. With Connor’s solid effort in the Graveyard race, he took home to overall champion’s trophy for the weekend.

Click the link above for more information and the full results.

The International Canoe Federation has reinforced its reputation as the major event organiser for stand up paddling with confirmation it will host three World Cup races in addition to its world championships in 2022.

The 2022 ICF World SUP Championships will be held in Gdynia, Poland, whilst the world cups will be held in Thun, Switzerland, in early May, in Budapest, Hungary in mid-June, and at a soon-to-be-announced third destination in August. The second world cup in Hungary will be organised by the same team who hosted this year’s successful world titles.

We look forward to seeing the world’s best SUP racers battle it out.

The 2021 edition of the Australian Downwind Championship the King of The Cut is in its 10th year and will be held this coming weekend, Saturday 4th December. It’s again presented by SUPWA and the event’s long-time sponsor, the Stand Up Surf Shop in North Fremantle, Western Australia. Like most events this year, we have been affected by COVID and the limitations with runing an international event. This isn’t enough to keep the seabreeze and stonking downwind conditions away though, so we will be running this event with a few modifications and some new bonuses!

See the best downwind paddlers race along this iconic route.

Congrats To These Amazing Athletes

We’re beyond stoked to see two of the coolest and most respected athletes celebrate milestones in the their short lives.

Casper Steinfath proposed to his long time girlfriend Stinne, and she said Yes!

Kai Lenny and his partner Molly are soon to be parents…. to twin girls!

Who's Riding What - Seychelle Webster