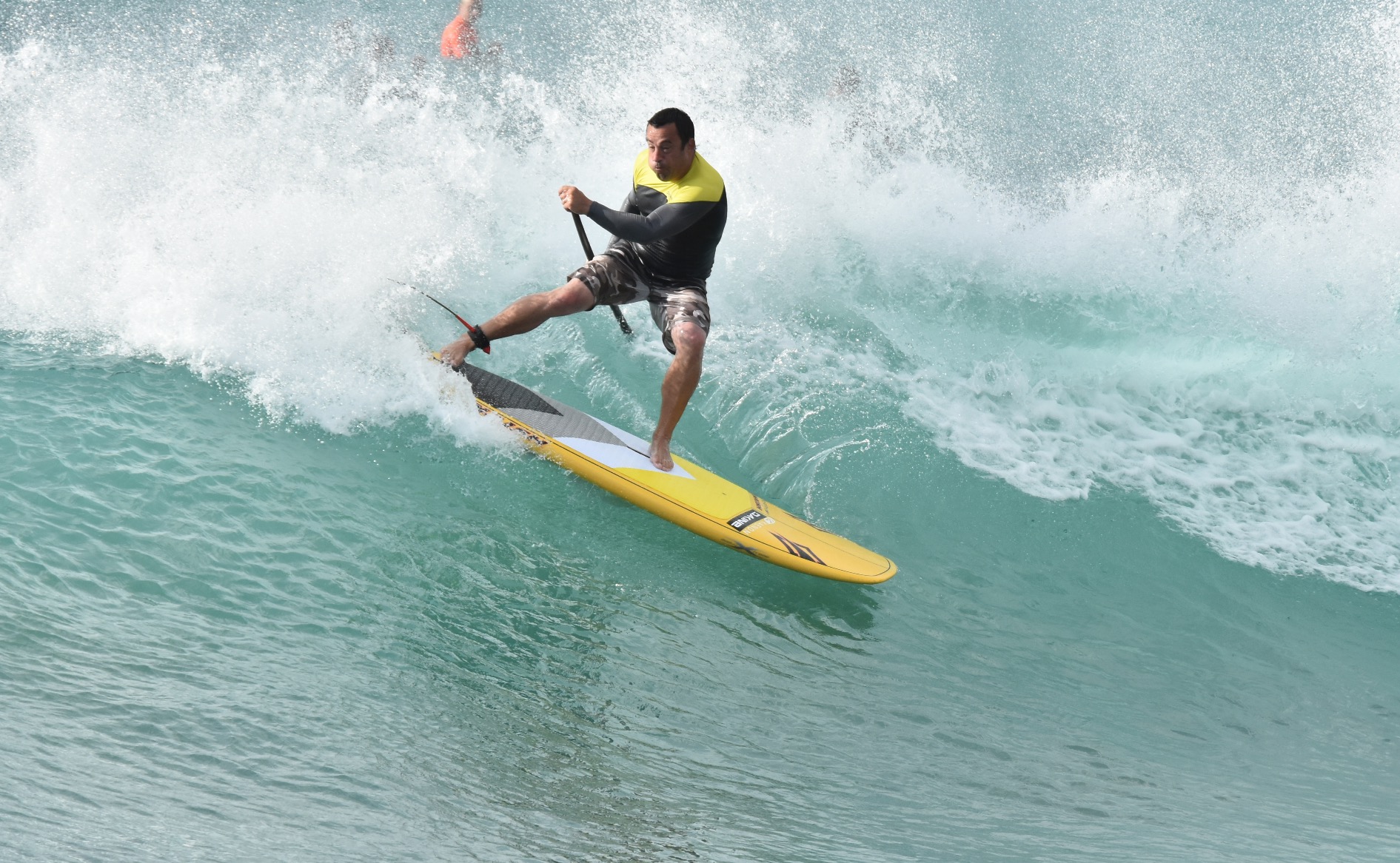 A few years ago SUP shapes were a lot simpler. Some were designed just to get you on the water and therefore the R&D was very limited. Many people I’m sure would say they were not as good and definitely not as user friendly. But now with the growth and progression of the sport, new board shapes are coming up everywhere. There are now boards out there for all disciplines, all types of paddling conditions, and all ability riders. If you own a board it’s likely you’ll know what length and width it is. But one important aspect of a SUP board that many people over look is the deck shape. Do you know what deck shape you have on your board and what effect it has on the board and you when you’re paddling it?

The board deck is the connection between the board and your feet. So it’s pretty important! There are 3 basic shapes of deck… domed, flat and concave. Here SUPboarder takes a look at the different deck shapes to find out what difference they really make to you, the rider.

The domed deck has to be one of the most popular board deck shapes. They’re not just found on SUP boards, also surf boards and windsurf boards. Domed decks were very much the staple of every SUP produced back in the day, but now they’re becoming less common for general all round paddling.

The domed deck allows the centre of the board to have the most volume and also allows the rails (sides) to be pulled in and be thinner which can make the board have a more positive feel in the surf. For this reason domed decks put on larger wider boards can make them perform better in the surf. Another reason why a domed deck works well on surf SUPs is that when paddling normally (i.e feet parallel) if your board is small enough or has a lower amount of volume for your body weight, the board will be sitting lower in the water and when the water starts to pull around the rails this can aid the stability of the board. This can make the board feel very planted to the water. Many top SUP surfers have domed decks for these reasons. A domed deck can also make your board feel more responsive on a wave, allowing you to turn the board more effectively from the centre line of the board.

Many paddlers with larger boards however find that domed decks can feel harder to stand on. And also the curve of the deck can sometimes effect your ankles and knees, causing them to ache because they are forced slightly outwards when paddling normally. This is especially the case if the board is only ever used in a flat water environment. But not every paddler experiences this though.

+ Pros Great on more progressive shaped boards for that thin rail shape.
– Cons Can be harder to stand on and not so good on your body.
Board type – Suits all boards but better for surf and performance boards.

The new generation of flat decked SUP boards started hitting the open market about 3 years ago. This shaped deck results in there being less volume in the centre of the board, pushing the volume out towards the rails instead. This produces an overall thinner board with slightly thicker rails, compared to a domed deck board of similar volume. Because of this, a flat deck suits many board shapes and lends itself to slightely wider boards. A flat deck designed well however can have the same surf performance as a domed deck. A flat deck feels more stable under foot, can aid your balance and feel more comfortable to paddle as your ankles, knees and hips are in line when in the normal paddling stance.

+ Pros Allows for a thinner and more stable board, that many find easier and more comfortable to paddle.
– Cons Can sometimes make rail shapes thicker resulting in poorer rail performance in the surf.
Board type – Suits a wide range of boards including surf, all round and race.

Again a newer development in the SUP world and very common in the race scene. The basic principle behind a concave deck is that it allows you to get lower to the water, thus aiding stability. With race boards it allows you to keep a large volume area in the nose, tail and also the rails, keeping the overall width of the board down and therefore increasing its speed. Without a concave deck many race boards would sit too high in the water, making them unstable. And sometimes if you are paddling a thicker board without a concave deck you may even have to change your paddle height or style. This drawing above shows a basic concave deck but note that some concave shapes on some race boards resemble more of a larger wider concave section.

+ Pros Lowers the centre of gravity on the board, giving the rider more stability, better connection to the water and overall a better ride.
– Cons Reduced deck space and therefore moving around the board can be more of an issue.
Board type – Suits a larger volume board and race boards.

This is just an overview of the 3 most common SUP deck shapes and the basic effect they have on your boards performance and your paddling. There are lots of other reasons for each SUP designers choice of deck. If you look closely you’ll see that some of the latest boards have decks with a combination of all three shapes!

The important thing (especially when buying a new board) is to look at the deck shape and think about the effect it will have on the boards performance and your paddling. What do you want out of a board and what’s your paddling ability? There are so many good boards out there. But don’t be tempted just because it looks good. You’ll never know what it’s really like to paddle until you take it for one!

There’s no hard and fast rules when it comes to board designs but we hope that this helps you understand a little more about what’s going on under your feet next time you go paddling.