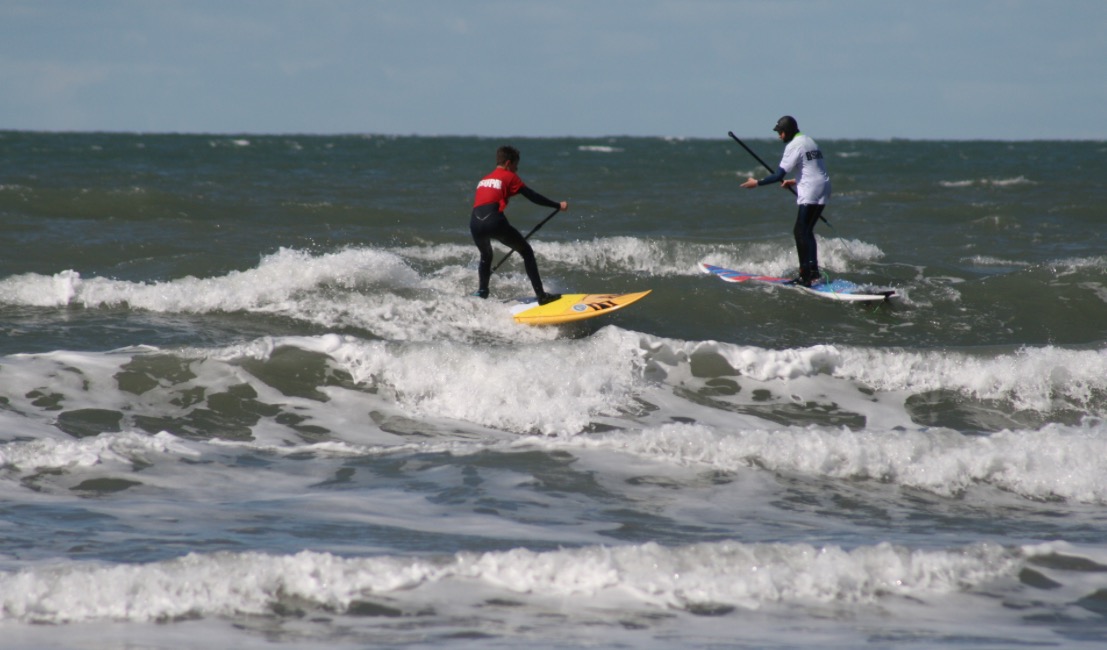 Where are you Groms?

This years first BSUPA wave event held for the first time at Putsborough had a lack of new faces in junior event but was still a tightly contested fleet. With less than perfect conditions it was still a fun and well organised event by South west SUP’s Marc Hambridge.
For the fist time I competed in both the Junior and Open mens fleets too.
My first heat (Open) was in the wind blown choppy 2-3ft waves , besides spending a fair bit of time struggling to stay on my board I managed to get a few decent waves and happily advanced through.
There was some great Paddle boarders in the heats and I was stoked to be competing against them, such as Alex Murray who also advanced forward with me.
A few heats down and I was in with the Junior 3 man Final with Todd Sawyer and Finn Gablin we were all competing in tough on shore windy conditions, all of us struggling to find some quality waves.
Before long I was now in the main open  semi final of the main event, the toughest heat so far the heat read: Matt barker -Smith, Arron Rowe, Matt Argyle and Me!, It was a tricky heat against the best SUP surfer in the country. Although I got some great waves it was no surprise that my contest ended there, (although I did get further than my dad for the first time!).

At the presentation I was super stocked to get my first Junior surf win, and also finishing higher in the ranks than many great SUP surfers inc my dad, it’s put me in a great position for the  start of the year. Looking forward to competing in the up and coming events ahead in the BSUPA surf series.
Blue Ewer (14).