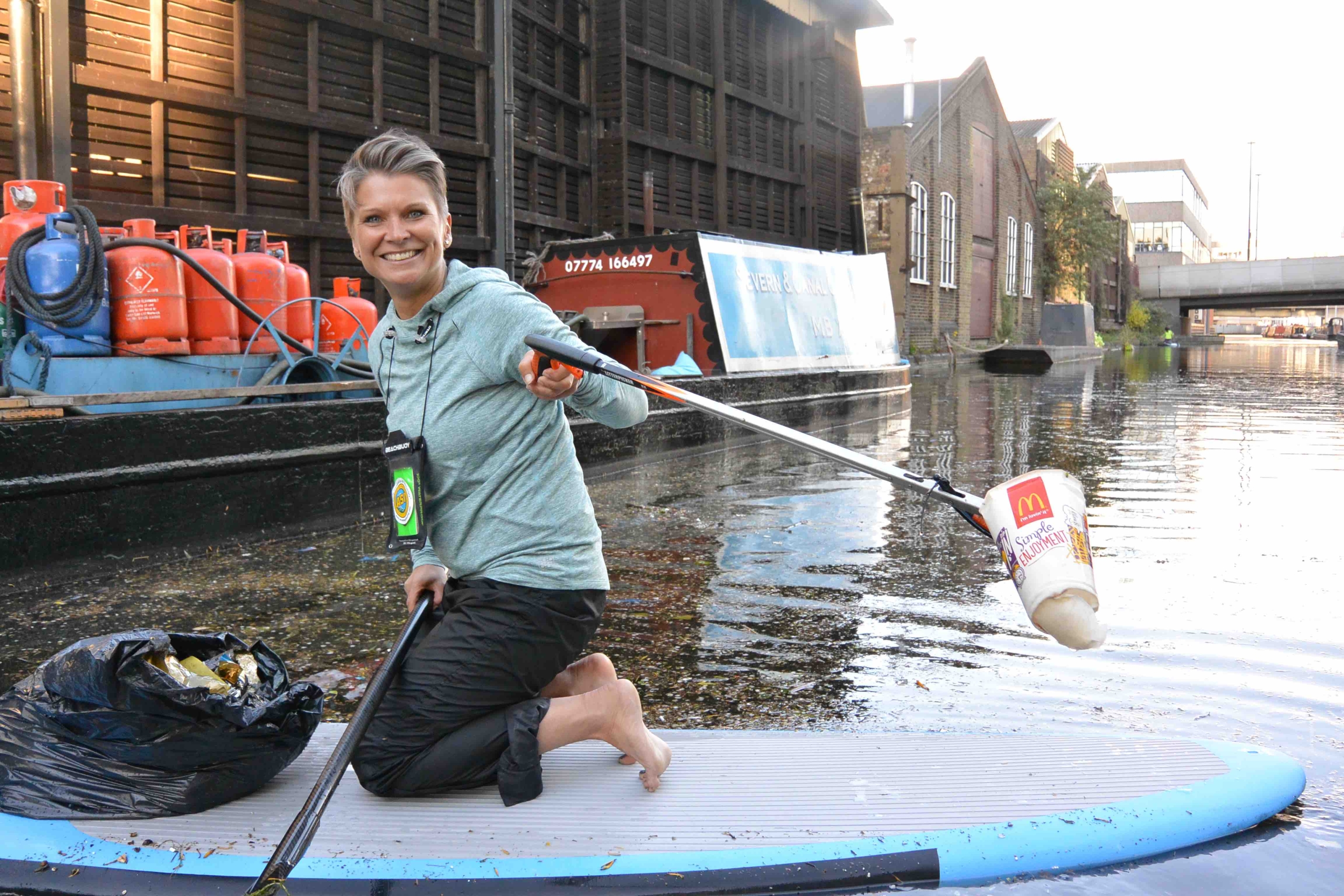 Paddle and Pick with Active 360

Active360 have already been working with SUP paddlers in and around London taking on the litter problem on inland waterways around the capital. Over the weekend of 8 – 11 April the Paddle and Pick project aims to take that a bit further turning Stand UP Paddlers into Clean Up Paddlers. Paul Hyman from Active360 has the details for SUPboarder;

The waterways of London are great places for activity, relaxation and getting in touch with nature. However, in many places they are blighted by litter and in particular plastic waste. This is part of a worldwide problem as much of this litter ends up in open ocean, is ingested by fish and marine mammals and enters the food chain see plastic-pollution.org and this article in The Guardian.

The world’s oceans may have more plastic debris than fish by the year 2050, according to a report published by the World Economic Forum. The study, found that 32 percent of all plastic packaging escapes collection systems and finds its way into natural ecosystems, including the oceans.

Currently, 8 million tonnes of plastic end up in the ocean each year – the equivalent of a dump truck of plastic rubbish every minute.

When people clear up plastic waste from a waterway we think it’s likely that they consider how the plastic arrives there. Once engaged in the issue they would be less likely to leave litter and mote likely to question unnecessary plastic packaging and become more careful consumers.

Active360 have been organizing and helping with clean ups of the canals at Brentford  and at Paddington since 2011. We let participants have free SUP including a short lesson if required, in return for getting involved in clearing a section of canal of plastic waste. We are planning to develop this work by coordinating a clean up across London’s waterways over a weekend this Spring.

The event aim is to clean up several parts of different waterways and to raise awareness of what ends up our the canals and rivers – and how everyone needs to buy / demand less packaging and dispose of it responsibly.

The project will include work to generate media interest in problems caused by plastic pollution in waterways. We will also recruit volunteers for a programme of future monthly clean-up events.

We will organize clean ups at each site. To widen the reach and increase the impact of the event we would invite other waterway users to join us.

We also have regular contact with Chelsea Canoe Club and British Canoeing and will invite them to get involved. Other watersports clubs could be invited through their National Governing Bodies.

To add to the programme we could invite all SUP paddlers to collect and dispose of 3 pieces of plastic each time they participate.

Times – different at each site  2-3 hours per  site – several groups per site.

At the moment there are 10 clean-ups planned in the London area, at each there will be a prize draw for all the participants with prizes from ‘Water To Go’ and ‘The Whale Company’.  The media launch will be at the Crabtree Pub on the Thames near Fulham Football Ground on Friday 8th April from 11.00, after the clean-up starts there at 09.30, following that Tideway will be hosting a lunch for participants from around 12.30.

Unfortunately every paddler will notice rubbish as they paddle. This is your chance to do something about it and help to make not just waterways around London a better place to paddle but your own local spot too. When you see a plastic bottle bobbing about think, don’t just leave it.  Get rid of it, and make that bit of water better for everyone Become a Clean Up Paddler on your next paddle.