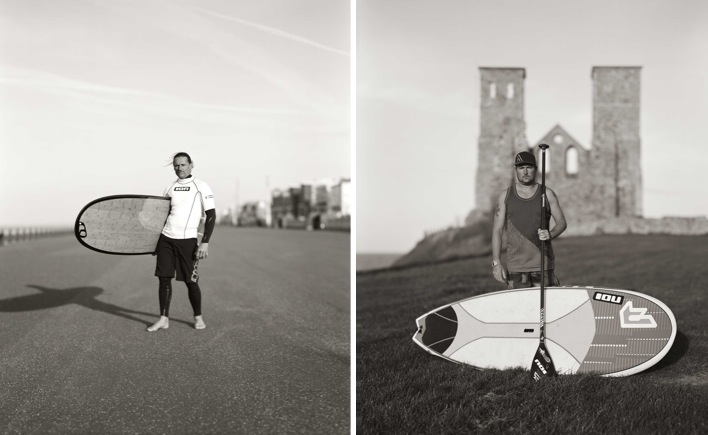 What does stand up paddleboarding mean to you? And how does it make you feel? Do you paddleboard for fitness, for fun, to compete, or for the adrenaline buzz? Or is it more. Maybe the sense of freedom it brings?

The Definition of Freedom;

SUPboarder has been talking to freelance photographer Tomas Januska about his latest work, inspired by SUP.  ‘Project Freedom’ is a collection of incredible photographs to capture a slightly different element of SUP.  The sense of freedom that many paddleboarders experience and yet often find hard to explain.

A bit about Tomas – Tomas Januska currently lives in London and is studying BA Photography at East London University. He was born in Lithuania, moving to England in 1997. For 10 years Tomas pursued his interest in music, but it wasn’t until 2008 that Tomas finally got his hands on a DSLR camera and discovered his passion and talent for photography.  In 2011 and 2012 Tomas both won and was shortlisted for numerous photography awards (including wining Ilford’s ‘Framing the Nation’ competition in the Monochrome category and being shortlisted in the Debut Contemporary Art School Awards and in the ‘Debut 2012’ competition in Lithuania.)

SB/ Where did Project Freedom come from?

TJ/ I have been spending a lot of time in the darkroom recently, using a lot of alternative and traditional photography techniques.  This influenced the style of the project, but the real idea came from going Stand Up Paddling…

The idea for Project Freedom all started the first moment I placed myself onto the board. I remember unpacking everything and getting ready for this as if I were going on an adventure of some sort. As I stepped onto the wet surface of the board I could feel the chilly wind brush through me as if clearing my problems and thoughts. Now it was only me, the water and my board. When I finally started to speed up, a connection began, I could finally enjoy the exhilaration of this moment in time; the moment where the world seemed to float away from me and all my thoughts of the real world were drifted away by the wind and waves. Two years ago I started paddleboarding and windsurfing myself. During this time I gained experience by socializing with different people who shared similar interests with me. I enjoyed this a lot, since it created a chilled out and laid back atmosphere among the different personalities of people I talked to.

Not the normal action photograph…

The sensation of freedom – this is the main thought, uniting the whole of my photography series. When I started photographing people who were engaged with water sports, I firstly wanted to present them differently. Not when performing the actual action, but somewhere alongside it, somewhere different, maybe even in an unusual location for the eye. As if trying to contradict the actual action of movement, and by trying to tease the viewer and leaving space for his own imagination.

The sense of freedom isn’t just an action, first of all it is an inside state. Freedom – it’s the outcome of the carried out action. Because whilst flying above the water surface not only the body, but also the thoughts become light and free.

This is why the photographing and communication of these people has great charm, because this sport is very democratic. It unites totally different people because this sport can be taken up by older people, children, women and men. This is especially relevant for these computer technology times, when people not only work, but also spend their free time on the computer. So maybe this passive relaxation will be less interesting to some.

Whilst photographing these people, it was very interesting to also hear their opinion about what this sport gives and means to them. Every one of them looked at it from their own point of view, and what they feel and experience whilst engaging in watersports. I’ll be honest; this is the way I tried to make this photograph series, more mature, more convincing and intimate in a peculiar way.

Each of their opinions, like those small pebbles, one after the other placing themselves into the glass, filling it with their philosophy of life, their sensation of freedom.

In kind I reached one of my other goals, documentary. Perhaps it’s symbolical, that the photographs were made not with digital, but with film. And it, into what we today view typically, and naturally over time gains additional value… like the sense of freedom… after all over time it doesn’t fade, it only increases. I spend a lot of time in the darkroom as I prefer to use older photography processes e.g. film sheets, glass plates and paper, since I personally think that the process takes up more time and creates a kind of more faithful connection between the person being photographed and the photographer.

“When I used film for the first time it became sort of like a magic ritual which included me in its circle in which I am spinning in now.”

Those involved in project freedom.

At the moment, I’m collaborating with many water sport members in England and some away from the borders of the UK. A great help was given by Jonas Schmidt from “North Sails”, Nik Baker, Emma Crookes, Team K66 and bunch of great people all around England.

When I spoke to the paddlers they described the sensation of freedom they get from SUP extremely well. Here is what some of the UK’s most enthusiastic paddle boarders have to say about their freedom experience through SUP;

“It’s freedom as much as anything, getting out on the ocean. We’re so lucky to have this around us and I think people don’t appreciate what we’ve got on our doorstep. I think you should never say never and if you’ve never got out on the ocean before, you really need to experience it. It’s a magical place, it’s the only place in this planet now that you can get away from everybody and everything, and you can experience a bit of solitude and I guess start to know yourself. It has physical benefits as well. Too many people sit around all day not doing anything with their lives and for me it’s just a brilliant thing to experience and everybody should get out there and try it.” – Pete Holliday.

“Stand Up has opened the world to me. The people I’ve met and the places I’ve seen have been both inspiring and motivating. It’s a constant adventure where anything is possible. I’ve learned to push past my limits.” – Benjamin Swails.

“I’ve got a friend, a guy that I know and I gave him a lift home from work one day and it was a lovely weekend, really nice and sunny. The guy’s got three kids and I said to him: “what are you doing this weekend?” and he said: “I’m gonna go into my cave”. I said “what do you mean go into your cave?”. He said: “I’ve got a room in my house, I close the curtains and I sit there. I play on my Xbox or my Playstation” and I said to him: “what are you doing? Why would you spend a weekend, like this weekend, sat in a dark room playing computer games”. The guy’s got three kids and you need to get out there with the kids, get them involved, get involved in stuff and there’s so much to see and do out there, even if it’s not sunny. When I go windsurfing it’s rainy and stormy but I’m out there, actually I look forward to those conditions and there’s too much to do in life rather then to sit around in a “cave”. You need to get out of that “cave” and join in, do stuff and be happy and live your life”. – Phil Plume.

” …And all the while, I didn’t really have any aspirations of my own. You know where were my dreams? And who was helping me fulfill them? Probably no one, I realised I needed to do it myself. Everybody’s got their dreams, and I wanted to paddleboard so I was like ‘I’m just gonna do it’. Along that journey for me just going ‘I wanna do that’ even when no one else was doing it and I wasn’t gonna be able to get any help because no one else knew what to do with it, I found an amazing adventure and some incredible people to do it with. And because of the accessibility of it, because whether you’re six years old or sixty-five years old, you can get on that paddle board. Everybody will learn a different experience, everybody will learn a different attitude towards their experience and it’s just non-stop inspiration. I’ll never make a million pounds out of it, but I’ll always be free to fully enjoy my life on my paddle board.” – Sean White (WeSUP).

“We brought into this planet with a design to move around, do things, go and catch our food and if we didn’t keep moving, we didn’t survive. Nowadays we sit in cars, in chairs, in front of computers, it’s part of our lifestyle we can’t get away from it. But I think we really should be getting out there, doing these sports, giving it a go. There’s so many different types of watersports out there that you can have a go at and it doesn’t matter what it is, it can be a body board, body surfing, swimming. There’s so many different ones, just give one a go, if you don’t like it try a different one. It could be one out there for you that you’re missing out on and you only get one chance.“ – Nick Healey

“I’ve been doing paddle boarding for the past four years. I think I know enough where I can compete and I can be serious if I want to, but I like the enjoyment of it. For me it’s fun to get out on the water. It’s amazing sport and is still growing every day, so I guess the most important thing is just to get out there and enjoy it, get involved. Aloha!” – Pilipo Tina.

How does paddleboarding make you feel? A different sense of freedom maybe? If you can find the words to explain and are willing to share please let us know…