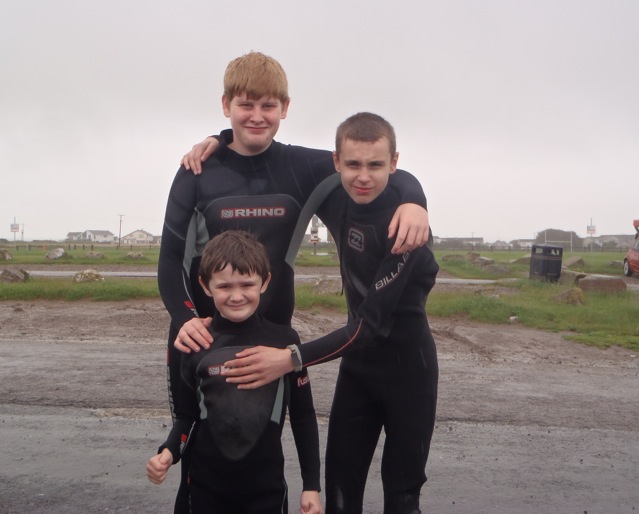 Tide and time waits for no man……or woman 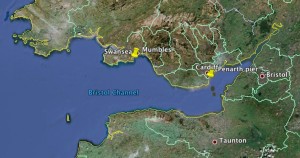 On Saturday 13th July 2013 the ‘SUP Challenge Wales’ team will embark on a stand up paddle adventure from the Mumbles in Swansea to Penarth Pier near Cardiff. This entails a forty-five mile paddle following the South Wales coast along one of the most dangerous stretches of the Bristol Channel. The team aim to complete the journey within a day using the two incoming tides.  And the aim of this challenge is to raise money for ‘Coastal Connections’ – a project that supports young people with Autism.

Coastal Connections is a project started by two colleagues (Dan Willmore and Kerry Baker) in Ashgrove School for children with Autism.  The project aims to encourage and inspire young people through positive outdoor experiences.

Kerry is responsible for the beach school project, where the kids learn about the local coastal environment through different activities exploring education in an alternative environment.

Dan runs the Surf Experience project with help from Hugh Murray at Porthcawl Surf School. On a regular basis, pupils from Ashgrove and Maes Dyfan Schools will come together at Rest Bay, Porthcawl and will enjoy a surf experience. Some of the pupils will learn to surf while others will just enjoy being in the water. The pupils learn about water safety, beach safety and how to cope in an ever-changing arena.

Through these projects family, friends and teachers learn that the pupils can go and enjoy different experiences in more extreme environments and be safe while having amazing experiences and great fun.

Since the project started over two years ago they have seen their pupils gain confidence and increased self-esteem. They develop their self-awareness, regulation, emotional and social skills, problem solving, and teamwork. It also helps develop their physical awareness and co-ordination while being a really fun way of being healthy which has a positive effect on their overall mental and physical well-being.

When Dan had the initial idea for the challenge he needed to find someone who could sponsor the project and help raise the profile of Coastal Connections and SUP Challenge Wales. He called Jim Brookes-Dowsett who is the founder and owner of Puravida Boardriders, an internationally recognized watersports specialist. Jim was on board before Dan even finished his sentence. In the same day Jim had not only sponsored the event but had also got Starboard and Red Paddle Co onboard to supply all the equipment needed to take on this mammoth task.

During the challenge Jim is in charge of the water safety along with Gareth Stephenson from Cardiff Bay Wakeboarding. The guys will be following and supporting the team of three (which include Dan Willmore, Kerry Baker and Ian Liddiat) from a jet ski and a R.I.B, which will carry all the provisions that the team require along the route.

The journey itself, although not the longest, will certainly be no walk in the park. There are many hazards along the route coming in all shapes and sizes from power station water intakes to huge rips and currents caused by landmasses in the channel. After all it is the second biggest tidal range in the world and therefore needs to be attempted with respect and careful planning.

The team will be keeping regular communications with the RLNI along the way so they know exactly where they are at all times.  The aim is to set off from the Mumbles at low tide slack water. It will be a spring tide so they hope that with favorable light westerly winds they will make good progress traveling east on the incoming tide. The team will hope to get as far as possible before the tide turns. The plan then will be to wait for the next slack water and complete the forty-five mile journey arriving safely at Penarth Pier near Cardiff just in time for the annual Penarth Festival.

The money raised will be used to buy new equipment for the project as well as help to start up a new stand up paddleboard program. The idea is for those pupils who find the ocean environment too much to cope with they will be able to get the same benefits in a more calm and controlled environment. It will also help those pupils who are less able.

Many of the pupils at Ashgrove experience sensory processing difficulties, which is related to the neurological pathways being different in Autism. This causes problems with planning and the coordination of movement as the sensory information is not being accurately processed by the brain. Recent research supports the extent of sensory processing difficulties in children with Autism, with over 90% of children having difficulties. The inability to process sensory information results in a sensory based motor disorder resulting in coordination problems. As a result a high number of our pupils have poor core stability, balance, coordination and spatial awareness.

Stand up paddle boarding and surfing can help by developing these skills as just by its very nature the core is engaged automatically.

By developing their core stability and postural control the pupils will be able to access their education more effectively as their improved posture will allow them to sit better and use their upper body more effectively i.e. using scissors and writing as well as helping improve their concentration and focus.

“The SUP Challenge Wales team wants to raise autism awareness but we want people to know it’s only a small part of our children. We don’t want to show people what our pupils can’t do, but what they can do if given the opportunity.” – Dan Willlmore

You can support the SUP Challenge Wales team and the children at Ashgrove School by following the team at supchallengewales and making a donation at justgiving welshSUPchallenge.

The team would also like to thank www.puravidaboardriders.co.uk and www.tushingham.com for their sponsorship and support with the challenge.

“Thankyou and we look forward to seeing you on the water” – the SUP Challenge Wales team.