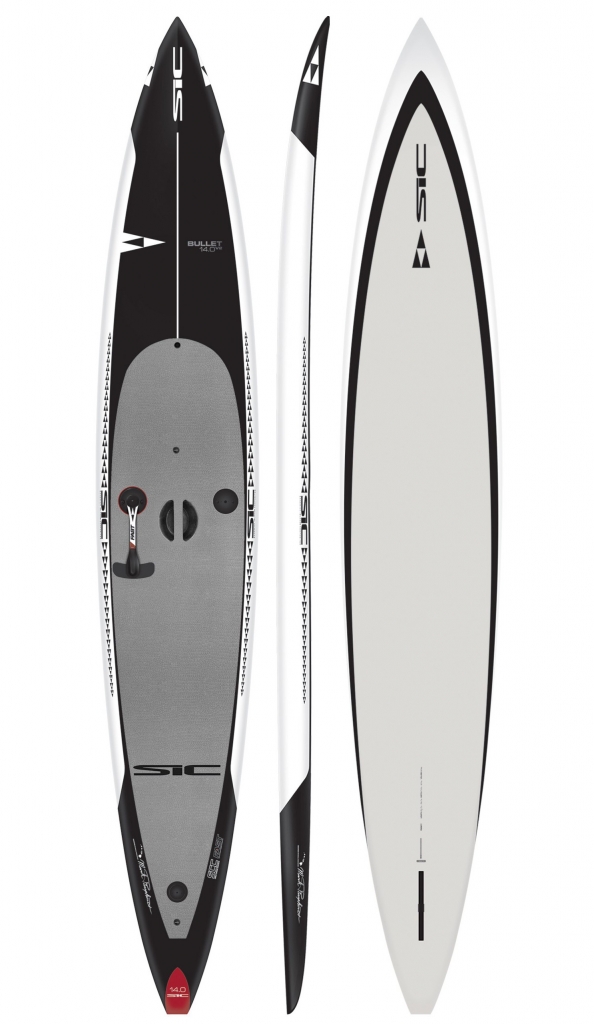 The Bullet 14.0 V2 is the ultimate downwind racing machine. This board is offered with and without the SIC F.A.S.T. Steering. The outline’s widest point has been shifted slightly forward and the rocker flattened, which provides the rider with better stability when powering up in lower wind ranges and smaller chop. You would think that straighter rocker would cause the board to pearl easily, however, the narrowed tail brings the nose up, mitigating purling and unlocking top end speed by reducing wetted surface area. The board has slightly lower volume than the Bullet 14 TWC, but maintains its iconic full volume rails and gradual tuck to promote stability, which incidentally also reduces paddler fatigue over long races or touring distances.