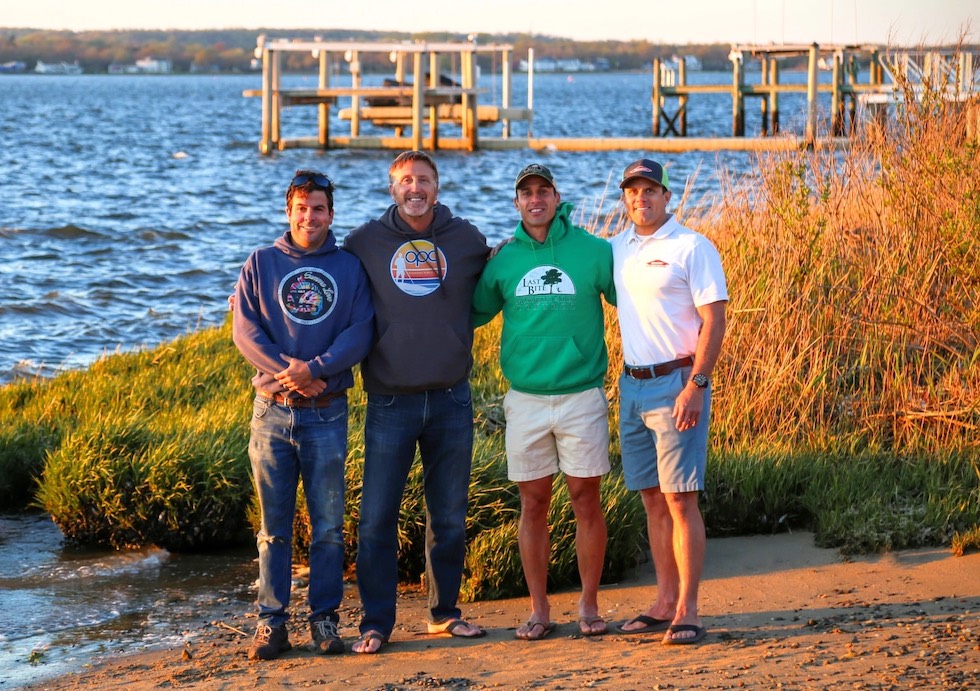 Four paddlers will SUP from Oceanport Paddle Club in New Jersey to the southern tip of Manhattan 30 miles away on Saturday, June 5, to raise money and awareness for several causes.

The paddlers, Chris Macioch, John Majeski, Jeremy Julio and Bryan Zinski came up with the idea as a way to challenge themselves physically and mentally, all while supporting organisations they believe in.

“We don’t think a paddle following this route has ever been undertaken. It will be a very difficult paddle battling winds, currents, rough water and shipping traffic in the Hudson River, but it will be worth it to raise funds and awareness for our important causes.” – John Majeski

Majeski is paddling for the Kortney Rose Foundation, an organisation dedicated to eradicating paediatric brain tumours. Julio is supporting the Lyme Light Foundation, which supports children and young adults with Lyme disease and raises awareness about the illness. Macioch has chosen CASA of Ocean County, an independent, non-profit organization, whose mission is to advocate for the best interest of the vulnerable children in foster care. Zinski is paddling for Big Brothers Big Sisters of Coastal & Northern New Jersey, who aim to create and support one-to-one mentoring relationships that ignite the power and promise of youth.

This journey is truly a team effort. Team members been planning for over a year and some have calculating the current speeds and optimal departure times and dates for several years.

We wish them all the best for their paddle on the weekend.