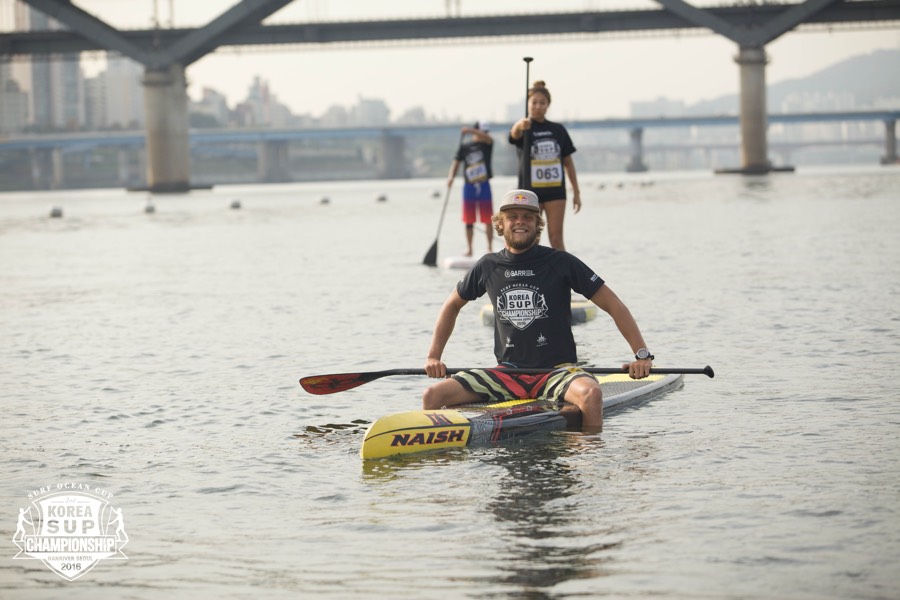 Last year we were impressed by the look and organisation of the SUP Korea Championships. And it obviously caught the eye of one of the worlds best too. Casper Steinfath was there to take part in this years event, along with many other passionate paddlers. The SUP scene in Korea is getting stronger and surely the 2017 event will see more big names getting behind the SUP Korea Championships.

As SUP is all the rage among people all over the world, River Jaeho Lee held Surf Ocean Cup the 2nd SUP Korea Championship last Saturday, the major annual SUP race in Korea! This year, Casper Steinfath made his journey from Sanfrancisco to Korea and made this SUP event SUPER fun with hundreds of passionate paddles across South Korea and international paddles from nearby countries! Casper drew attention with his breathtaking paddling technique. As Surf Ocean Cup SUP Championship accounts for the major SUP event in Korea every year, we hope to see more people showing off their utmost energy and passion next year in our event too! Words : Surf Ocean Club