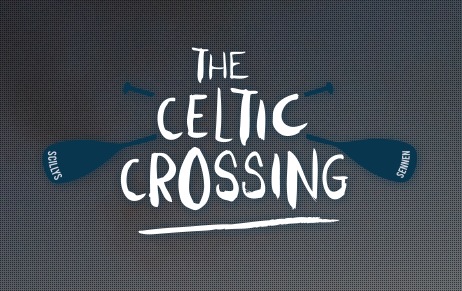 This weekend, 6 athletes including UK stand up paddleboarder Mark Slater will be embarking on an epic challenge… a 50km paddle from St Marys, Isles of Scilly to Sennon Cove, Cornwall. The paddlers will be attempting to set records for the fastest man powered crossings between the two land masses, and be the start of a unique endurance event in the UK.

The ‘Celtic Crossing’ will be Europe’s first island to island ocean race of this distance. It is an invite only challenge this year, but the plan for the future is to turn this challenge into a big annual event – Europe’s equivalent of the Molokai. The turbulent and unpredictable waters between the two land masses, and the similar race distance make the two challenges very similar, and a real test for any hardcore SUP athlete!

The paddlers set to take on the challenge for the first time this year include Mark Slater (SUP), Tom Butler (Prone Paddleboarder) and 4 Surf Ski paddlers including the legendary Glen Eldridge who has done the crossing twice before.

Between the Isles of Scilly (an archipelago situated 50km south west off Lands End) lies some of the most dangerous and busiest stretches of ocean in the world. The treacherous currents and sudden changes in weather that occur across this stretch of water, coupled with the fact you also have to cross one of Europe’s busiest shipping lanes, will make this one of the most daring open ocean races in the world. 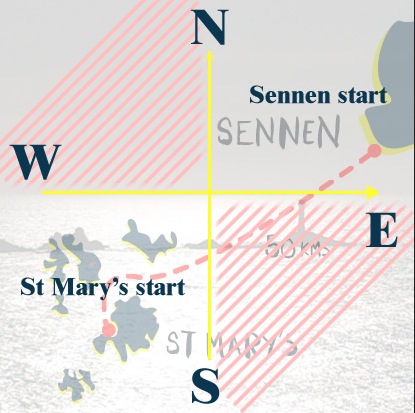 The weather on the day will have a huge impact on the crossing. Not only the wind strength but also the wind direction will determine whether or not the crossing is infact possible! Wind blowing from the NW or the SE will make the crossing very difficult, and anything stronger than a force 2 will make it near impossible! Ideally the paddlers are looking for a SW tail wind from St Mary’s to Sennen. However if there is an easterly wind the team may reverse the crossing starting at Sennen. The team plan to make a final decision on Wednesday having checked the latest forecast.

The paddlers will set off at staggered intervals, with the aim of arriving in Sennen at the same time – approx 6 hours later! The paddlers will be accompanied by a flotilla of water safety craft who will also provide media coverage.

Scilly’s to Sennen (Plan A weather permitting!)
1pm – paddle board set off
1.30pm – SUP set off
2.30pm – Female crew set off
3pm – Men’s crew and single set off
7pm – all the crews should arrive within an half hour period passing the Harbour Wall in Sennen to complete their crossings.

Sennen to the Scilly’s (Plan B!)
7.30am – Paddleboard set off
8am – SUP set off
9am- Female crew set off
9.30am – Mens crew and single set off
1.30pm – all the crews should arrive within an half hour period passing St Mary’s Harbour Wall to complete their crossings.

The paddlers are looking to raise money to cover logistics and film production costs. And also to support two Cornwall based charities; The Wave Project and The Joe Way Paddle for Life.

Full info about the event, more info about the paddlers, and ways to get involved and win loads of cool prizes through crowd funding can be found at www.thecelticcrossing.com.

Here’s what stand up paddleboarder Mark Slater had to say to SUPboarder about the Celtic Crossing;

SB/ We know you’ve paddled similar distances before but what do you think is going to be the most challenging part of the trip? 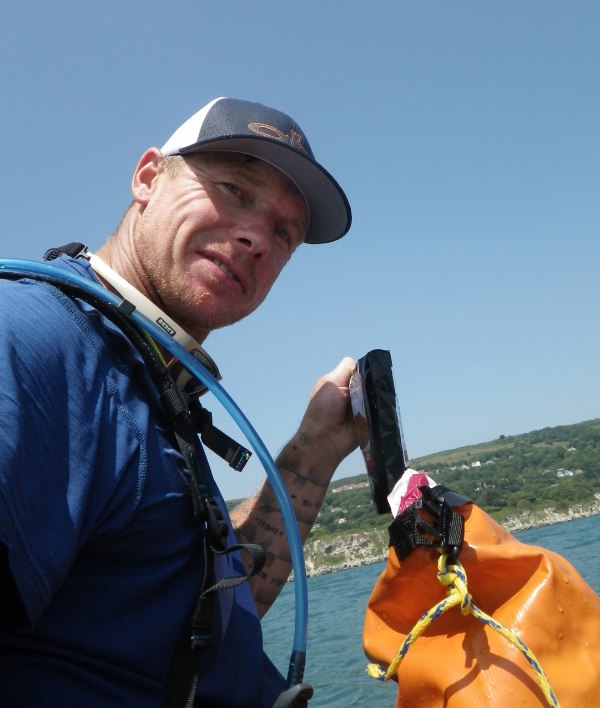 MS/ Psychologically I find it quite hard paddling when you can’t see the landmass you are aiming for. Also there’s a fair chance that it could be rather choppy out there, so it’s not going to be a matter of just head down and paddle, you are going to be constantly aware of what’s happening around you.

SB/ How have you been getting ready for it?
MS/ With not having an awful lot of notice about the challenge I haven’t really had chance to do much specific training, although I did manage to get out a few times last week and do a few upwind/downwind runs. I’ve also recently completed the Great Glen Paddle in Scotland.

SB/ What kit will you be using?
MS/ I will be using the open water Fanatic 14′ x 24.75″ which is brilliant in rough water and downwind and a Fanatic carbon paddle.

SB/ Approx how long are you expecting the crossing to take you?
MS/ That’s a tricky one, it all depends on the conditions. It could be an amazing and hopefully fairly fast run with a good SW wind or it could be a horrendous one sided slog if the wind is on our side!

SB/ Will you be carrying all your own food/drink supplies? etc…
MS/ Yes, I am going to carry all my own supplies, however there is going to be a support boat out with us as well, but hopefully we are not going to need to use that.

The SUPboarder Team wishes Mark and the rest of the paddlers the best of luck for this weekends crossing. Lets hope it’s the start of something new and something big for the UK SUP scene!