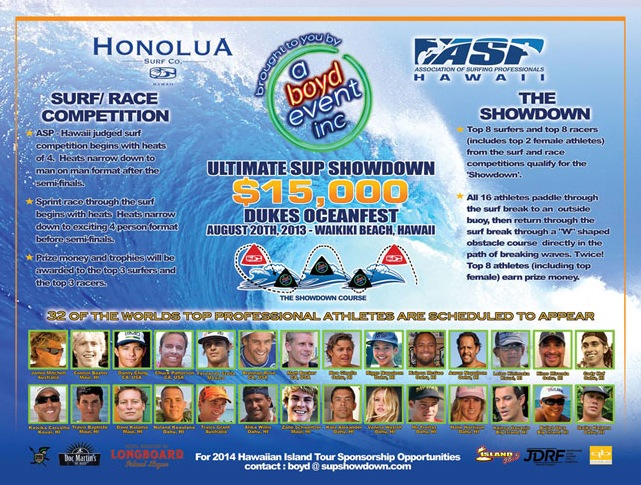 ‘The Ultimate SUP Showdown’ held in Waikiki a few weeks ago, was the first event of its kind. Combining both SUP racing and surfing, with the aim of ‘creating a new SUP athlete that is both surfer and racer”.

This years invitational event saw 32 of the worlds best paddleboarders battle it out (for the $15,000 prize money up for grabs!!) in all three parts; the SUP surfing contest, the SUP race and then “The Showdown”-  where the top 8 surfers and top 8 racers battled it out in a W shaped race course amongst the surf, for the ultimate victory. Connor Baxter showed his world class racing and surfing performance going on to win the overall title and bagged himself a nice handful of cash!

After the huge success of this years event there is talk of the “Ultimate SUP Showdown” becoming a more open, multiple event tour in Hawaii from next year. So watch this space…

Matt Schweitzer and others put together this cool video of the event.