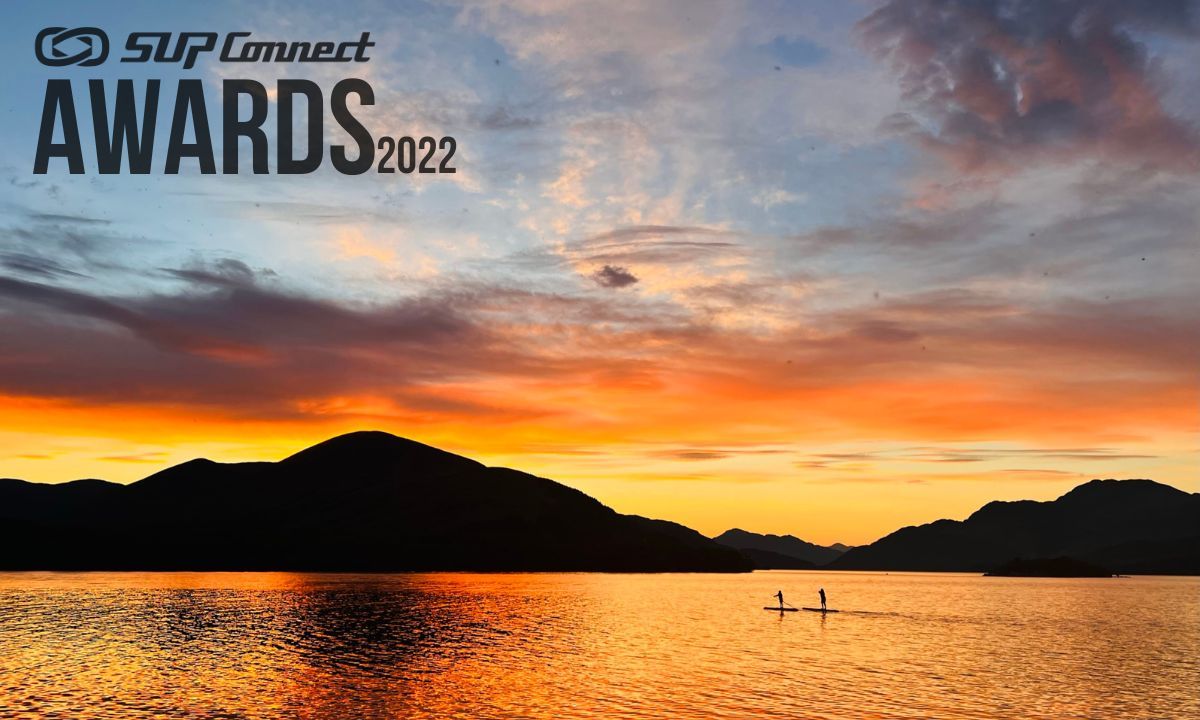 SUPconnect have announced the winners of their annual awards! Read on to find out who won.

With over 48,000 views and more than 29,000 interactions of the Awards it has been a very meticulous journey to get to this point. In following our criteria for choosing the winners (Ambassadorship, Involvement, Performance and Support), to help us decide the winners of these awards, we here at Supconnect go through an extremely rigorous process in selecting the winners. We consult and receive feedback from our advisory board, whose members are made up of those who are passionately involved in the sport of standup paddling and who have a unique take on the sport, we take into account the many thousands of interactions with the Awards from fans and consumers, we add in our own feedback from our editorial board and we’ve also had extensive feedback and contact with brands and retailers in the industry. We’ve had hundreds of back and forth emails and personal phone calls to get the best feedback possible that we can on our nominees. So without further ado, here are the winners for the 13th Annual Supconnect Awards; 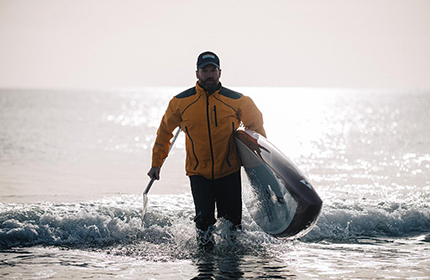 In late 2021, 48-year-old Brendon Prince of the UK became the first person to ever SUP around mainland UK. If that wasn’t a feat in of itself, he did it all to highlight the importance of water safety. Brendon’s circumnavigation took 141 days and in total he paddled 2,500 miles. What a guy! There’s even a film that was made highlighting this accomplishment – a must watch if you ask us. When not paddling you’ll find Brendon manning the lifeguard tower at his local beaches and spending time with his family. Brendon has been a strong advocate for water safety and is working on creating the world’s first playable water safety app. Brendon’s dedication and mission earn him 2022’s Man of the Year award. 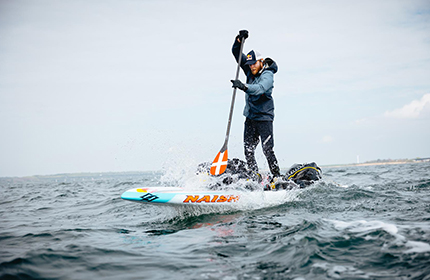 Casper Steinfath (Cold Hawaii, Denmark) is the viking of the sport, having come from a frigid cold country to become one of the most respected names in SUP. He has earned nearly every single title in Europe and is widely considered the greatest European paddler, if not at least one of them. Aside from his life as a competitive athlete, Steinfath is the Vice President for the ISA (International Surfing Association), which represents the sport in the eyes of the Olympic Committee, considering possible new inclusions of sports into the Olympic Games. In the past year, Steinfath has kept busy by organizing the 3rd annual Midsummer Viking Challenge Relay Race which is a 24-hour marathon relay race that also gives back to a local rehabilitation center for Denmark. And to top it all off, this past Spring Steinfath became the first to circumnavigate Denmark from his SUP, a feat which took 54 days and 1,450 kilometers to accomplish. Steinfath has been and continues to be a value to our sport. 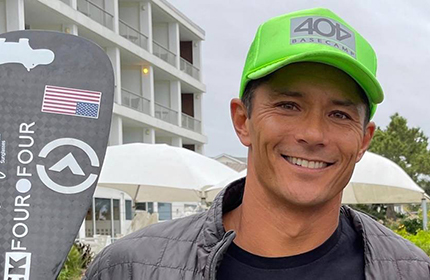 Danny Ching (Hermosa Beach, California, US) is one of the most approachable super stars of the sport, with a big smile and low-profile demeanor. But don’t let that fool you: he is nothing short of a paddling beast. He comes from outrigger paddling, where he is incredibly accomplished and broke some new grounds as a mainland US athlete. And that potent background has not disappointed. Ching is one of the most consistent and accomplished stand up paddlers in the world, having won nearly every high-profile event, but who also contributes in other ways. He is the owner of 404 SUP and can routinely be found hosting clinics and working with kids. AND, just when you thought Ching might be settling down and taking a well-deserved break from his outstanding racing career, he comes back to show us that he’s just as much of a beast on the water that he’s always been by winning last year’s Carolina Cup in grueling conditions and following it up with a runner up finish at this year’s race. No doubt, Ching has already achieved legend status and continues to impress. 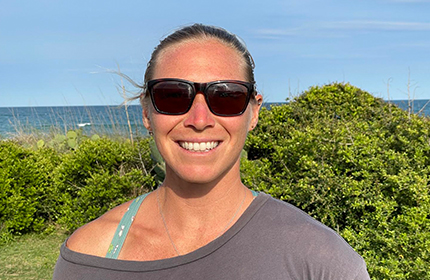 April Zilg (North Carolina) is one of the standouts coming from the East Coast of the USA. The North Carolina native recently relocated back home to North Carolina after being in Southern California for a few years and she continues to be a key member of her local stand up paddle community. Zilg has really stepped up her game in competitive racing in recent years and last year achieved her best result yet as #2 in the world on the APP World Tour. April has also been a top finisher year after year in the grueling Graveyard Race at the Carolina Cup and in the past year has achieved her dream of winning the Graveyard Race 2x over. Zilg proves that hard work, dedication and a good attitude go a long way into making dreams come true. Congratulations to Supconnect’s Woman of the Year for 2022. 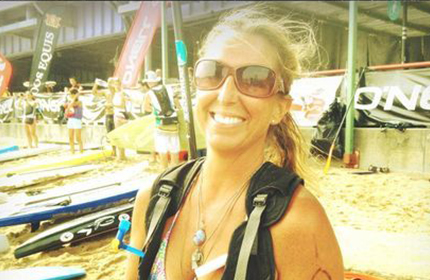 The Supconnect Awards isn’t all about competition and results. It’s main goal is to find people that represent the heart and soul of SUP through yes, their participation, but also through their community outreach and attitude. Josette Lata is just that. She embodies all the characteristics of a Senior Paddler Leader, providing mentorship, enthusiasm and support of the sport and enthusiastic philanthropic support. She has been a force in promoting this sport for women of all ages and is truly deserving of some recognition for all she does. 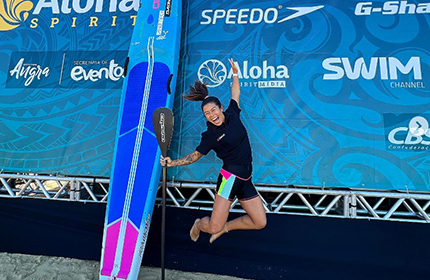 Aline Adisaka (Brazil) is an up-and-comer from South America and is hungry to make a name for herself. Aline is a multi-discipline athlete and enjoys both SUP surfing and SUP racing but her main focus has been on the surf. However, as of late Aline has been putting more time into racing and it’s clearly been paying off as she just came in 2nd and 3rd place at the Gorge Challenge in the Elite Course and Downwind race. Adisaka has traveled all over the world and recently has been spending a lot of time in Hawaii where she’s been fine-tuning her skillset and dipping her toes into big wave riding. She’s been on APP’s Top 10 females for the past couple of years aso it’s only a matter of time before she gets her big breakthrough performance and becomes a household name in SUP surfing and racing. Adisaka has the talent and sportsmanship that we look to highlight. 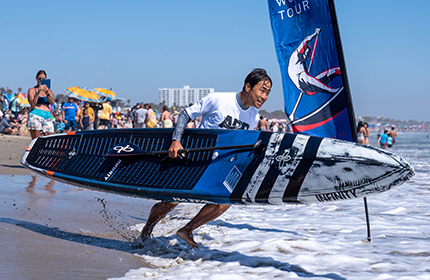 Shuri Araki (Okinawa, Japan) is just 16-years-old but he sure is making a name for himself in the global SUP race scene. Shuri, aka Shrimpy as he’s known by his peers, became the youngest-ever finisher of the coveted Molokai-2-Oahu race at just 13-years-old and then went on to become the youngest member of the APP World Tour at 15-years-old. Over the past couple of years, Shuri has been testing the international race scene and starting to climb the ranks and make a name for himself. When not paddling, you’ll be able to find Shuri helping his family organize SUP downwind races at home and fishing with his family. Shuri’s bright smile, positive attitude and talent go a long way and we’re excited to name him as our 2022 Grom of the Year. 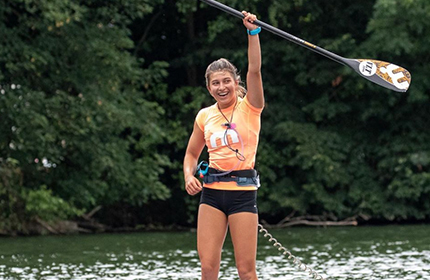 Italy’s Cecelia Pampinella is nearing the end of her ‘grom’ status and has already been making waves in Europe as a future star of the sport. Pampinella has only been paddling since 2018 but her talent shows way beyond her years. Pampinella has been on a tear over in Europe on the Euro tour and currently ranks #3 overall against some heavy hitters. With a goal of someday competing in the olympics it’s safe to say that Pampinella is well on her way to making that goal a reality once SUP becomes an olympic sport. We’re looking forward to watching Pampinella’s career blossom. 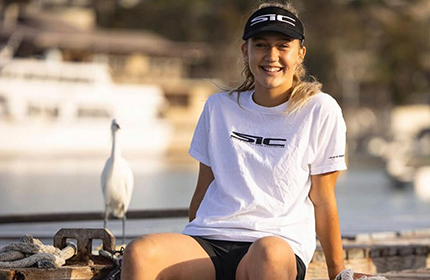 Soryn Preston was born and raised in Long Beach, California, where she currently resides. Soryn’s passion for stand up paddling came from her love of the beach and playing on her uncle’s SUP boards. Soryn shares her passion by encouraging young girls to do big things and by mentoring young athletes in water sports. She is coached by the renowned Mike Eisert of The Paddle Academy in Dana Point, CA. She also crosstrains at home with weights and conditioning. In her 6 years of competition in over 100 races, she has placed first or podiumed in big races like Pacific Paddle Games, Gorge Paddle Challenge, and Santa Cruz Paddle Fest and recently placed top 3 in the women’s sprint at the APP Santa Monica race. Watch out for this future SUPerstar!

Congratulations to all winners!