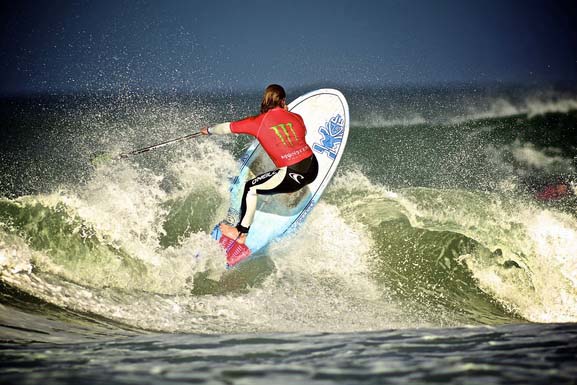 With the Causeway Coast Surf club hosting the last contest of the season, the luck of good conditions for competitions in 2014 continued and the renowned beach of East ‘the Beast’ strand on the beautiful North Coast of Portrush, Northern Ireland turned on for a classic contest of good vibes and fun waves. Finn Mullen took the win followed by a stoked Owen Waters in second and Tony Doherty in third who consistently picked off the set waves with his local knowledge. Fourth Place went to Irish National Racing Champion and Starboard rider Peter Kosinski who impressed with his freesurfing on his Starboard 7’7” Pro showing his skills aren’t just limited to raceboards. All eyes now fall to next year’s contest in Portrush, known already as one of the best on the circuit, organisers promise 2015 will be bigger and better for more info check out www.causewaycoastsurffestival.com