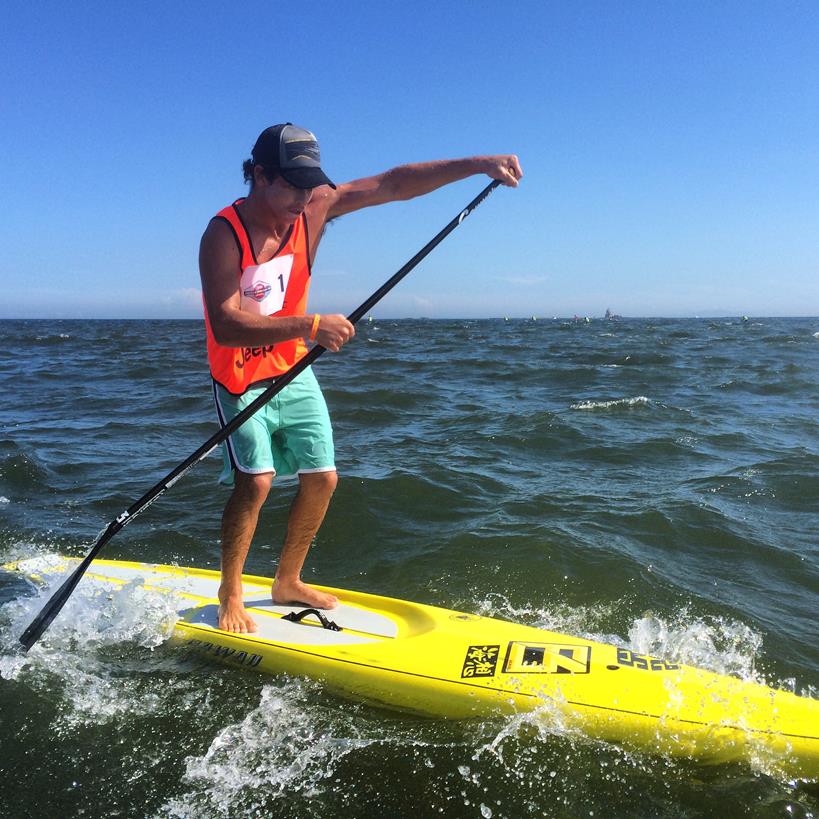 Mo Freitas (Focus SUP) made history today to become the first ever winner of the Shonan Chigasaki Pro presented by Noah Nic & Jeep. Following on from his impressive win yesterday in the Sprint finals, Mo continued to show his ability as an all-round paddler, coming second in the 10km Long Distance race.
With less wind than yesterday Mo made the most of the conditions and using his surfing background, rode the bumps well on the downwind sections of the course and showed his power and strength in the upwind legs to come through in second and take the overall win together with $5,000 cash.
At just 17 (he turned 17 last month) Mo showed ability well beyond his age, battling with Beau O’Brian (Starboard) through all three legs of the course to clinch second position and the behind the winner Paul Jackson. 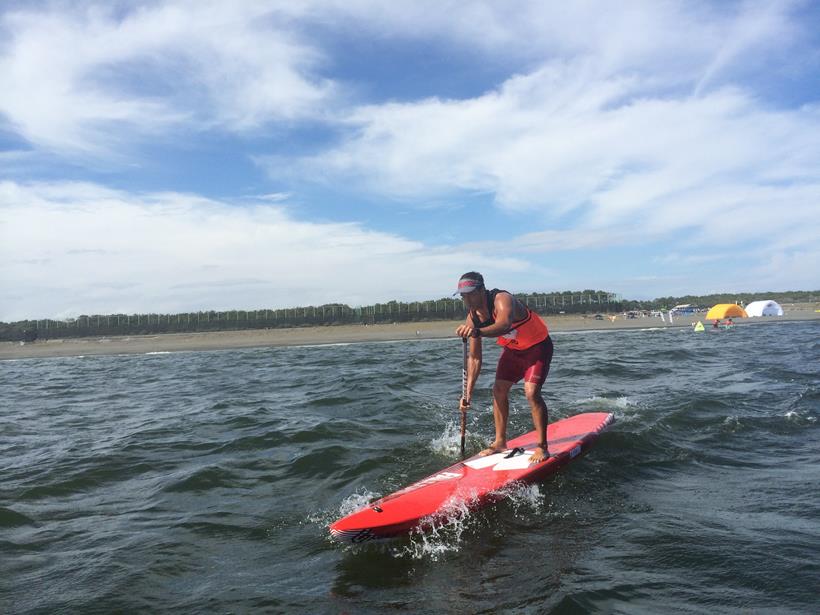 Paul Jackson (Fanatic) dominated the Long Distance race and made the most of the wind swell bumps into the beach on the downwind sections to take the win on Day 2 of the Shonan Chigasaki Pro.
Firing out of the blocks on the start line, Paul hit the first buoy out in front and powered through the downwind section of the first lap. Losing the lead, briefly on the second lap to Mo Frietas, Paul showed his experience to take the outside line and a better run in to  the shore break buoy and was able to regain his lead.
Having opened up about a 50m gap between him and the chasing pack of Mo and Beau, Paul put his head down through the final third of the course and was able to hold his lead and finish comfortably ahead.
A great performance from the Australian using his experience of downwind paddling to his advantage and prove just how much of a force he is. Laying down the gauntlet for the rest of the international fleet as we approach the business end of the Sup season. 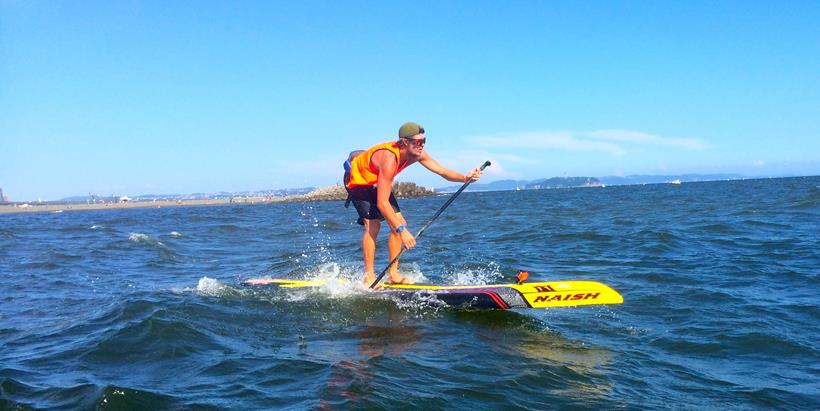 Toby Cracknell (Naish) added to his brilliant second place in the Sprints with a fourth placed finished in today’s Long Distance, giving him third overall.
After dueling with Mo and Beau for second place during the first lap, Toby dropped about 20m behind the chasing pack. However in an incredible burst of speed on the downwind legs on lap two, using his knowledge ocean paddling he was able to claw back the ground and draw level with the chasing pack, behind Paul Jackson. But Mo and Beau were able to step on the gas, Toby had to settle in behind them and finish in a respectable fourth place.
The young Australian entering his first race format of the year here in the World Challenger Series, put on a real gutsy fight in Japan to finish third overall here in Japan. 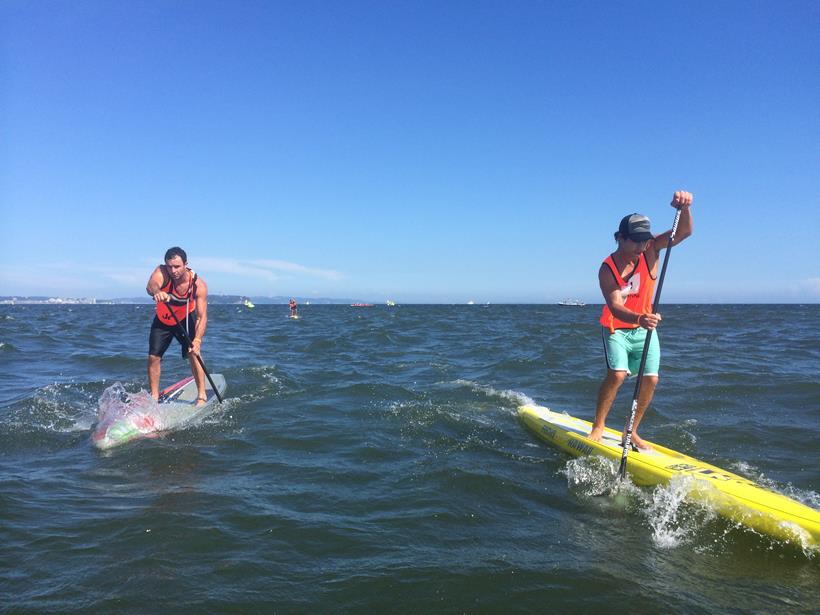 It was the Australian’s who dominated the Long Distance racing on Day 2 with Beau O’Brian (Starboard) finishing in third place.
The third place today, added to his third place in the Sprint Finals yesterday, gives him the overall third here at the Shonan Chigasaki Pro.
After fighting with Mo for second place from the first turn right up until the last lap Beau O’Brian proved once again to be one of the most competitive paddlers in the world. Showing fantastic skill to keep at the front of the pack, Beau knows exactly when to hit the accelerator and put pressure on those around him past. Pushing hard on the second lap to level with fellow Australian Paul Jackson, he and Hawaiian, Mo Freitas, had to battle it out for second place with Freitas just piping Beau to second place. 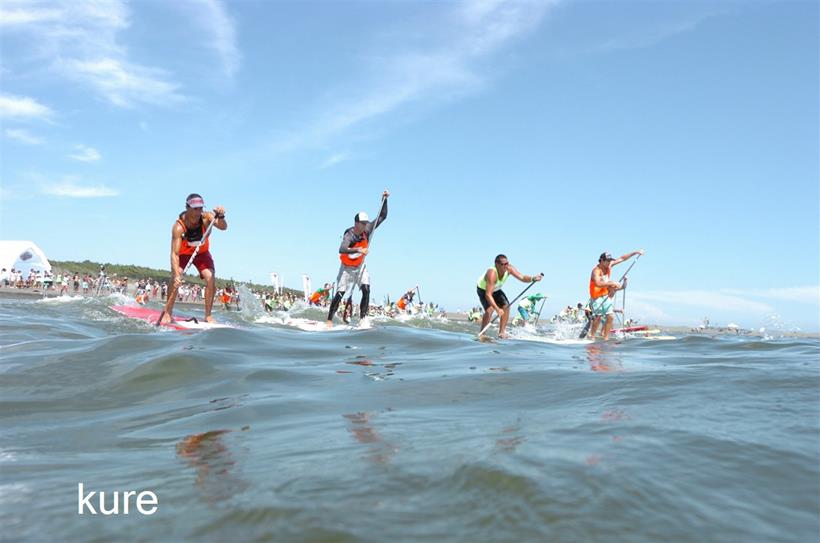 Chase Kosterlitz (Bic SUP) enjoyed some of the wind swell bumps on the downwind setions to finish in fifth position. Adding to his fifth place yesterday the American takes the overall fifth here in Japan. The tall American from Flordia looked to enjoy racing in Japan and made racing in tricky conditions look easy with his long stroke and high intensity paddling.
Chase enjoying the longer format of racing secured his fifth place in front of Bart De Zwart from Holland as America battled with Europe for the fifth position here at the Shonan Chigasaki Pro.
It was Chase who came out on ahead, as he showed some creative paddling to break away from Bart and secure fifth position. 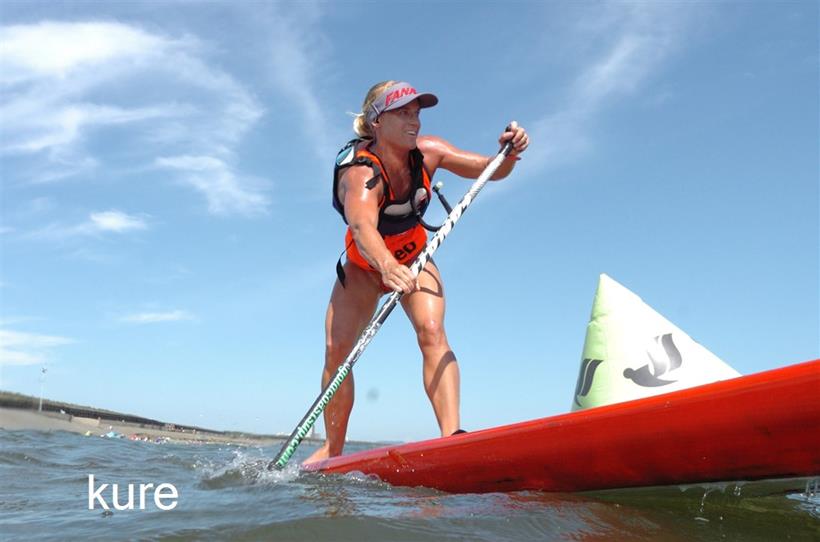 Angela Jackson (Fanatic) proved why she is one of the best female paddlers in the world with back to back wins in the Sprints and the Long Distance.
Showing real dominance, skill and endeavour, Angie, once again showed why she is one of the best females paddlers in the world. Charging through the upwind sections and cruising the bumps on the down sections, she made the course look easy.
Breaking away from the other girls early she never looked back from the first lap. Hitting the first turn in front she increased her lead throughout the course to finish comfortably in first place. 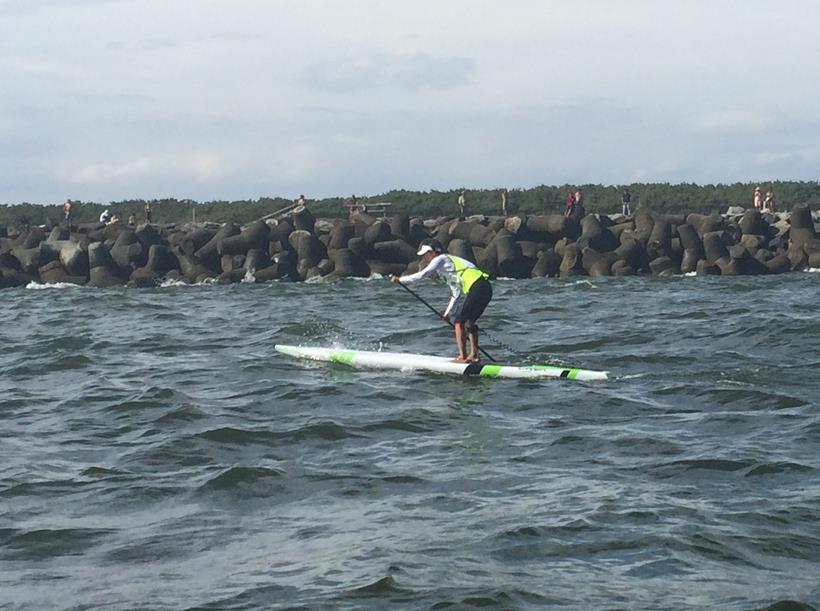 Takayo Yokoyama (Noah Nic) in her home town of Chigasaki secured the Long Distance race in second place, giving her the overall second position behind Angela. The local Japanese paddler was comfortable with the small side wind throughout the downwind sections of the course and was consistent in the upwind parts of the course.
Her second place finish head of Ashton Woods gave the crowd on the packed Chigasaki beach something to cheer a she sprinted acorss the line. 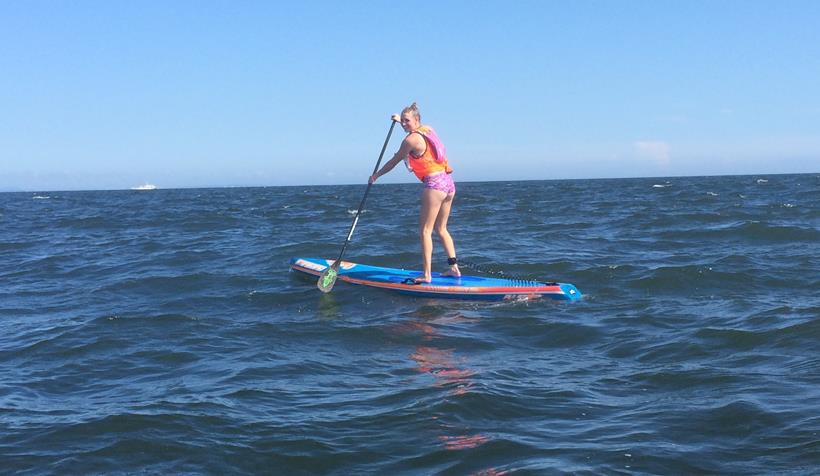 Finishing in overall third place was Ashton Woods (Starboard) from Australia. Showing real determination to finish the course the Australian will be proud of her hard work to cross the finish line and take the third place overall.
Ashton who usually competes in surf competitions prides herself in her ability to never give up and she really showed that here in Japan. 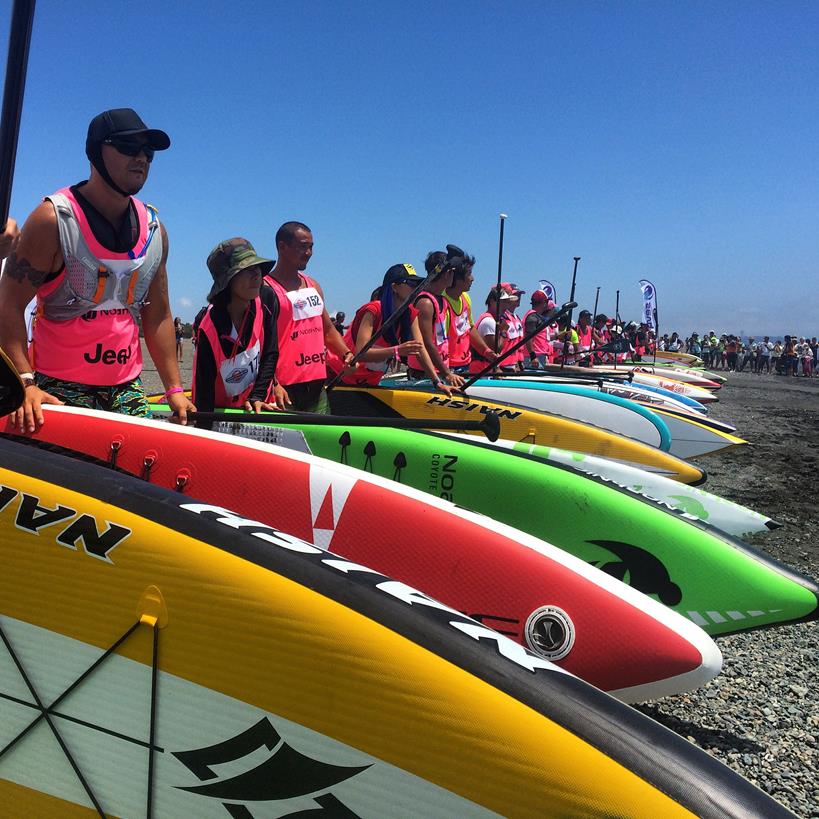 With well over 100 local athletes taking to the water on the beach here at Chigasaki in Japan, the Shonan Chigasaki Pro proved an unparelled platform for up and coming Japanese paddlers and the town itself, the ideal venue for both athletes and spectators.

From great action on the water to the wonderful culture that Japan has to offer, athletes and the growing audience here in Asia were treated to a superb piece of history. Make sure to stay tuned for highlight and recaps at watermanleague.com