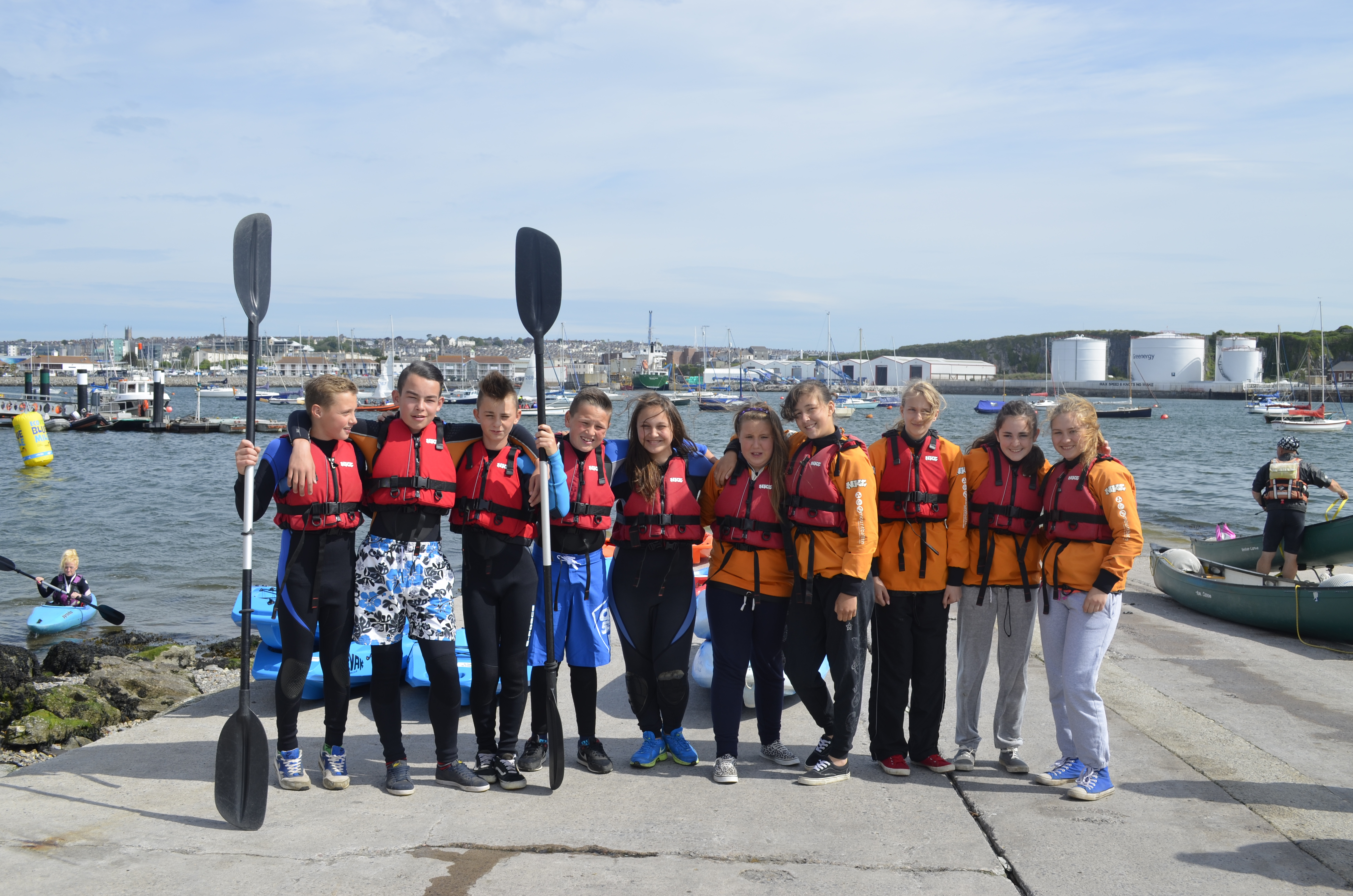 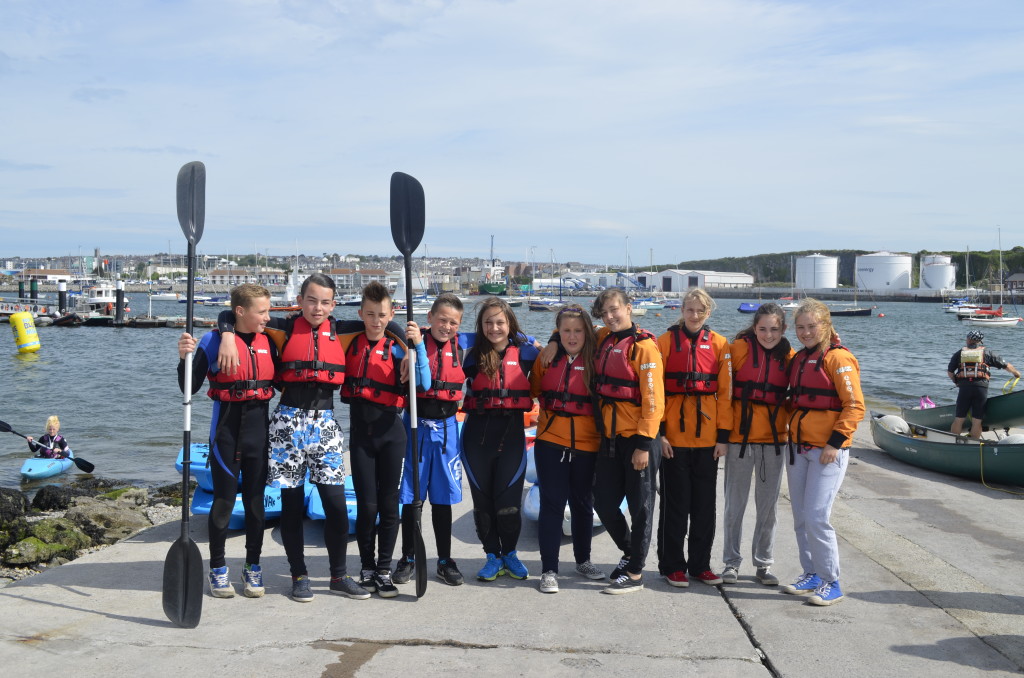 All across the UK, people have been swimming and paddling, while at schools, children have enjoyed special sea-themed lessons as part of Britain’s first ever Go Blue! weekend.

Almost 50 events were organised by schools, universities, waters sports clubs and individuals in a nationwide celebration of the sea. The 3 days, over the weekend of 6-8 June, coincided with World Oceans Day and was in support of the UK charity, the Marine Conservation Society (MCS).

Events were held from as far afield as Devon, South Wales, Pembrokeshire and Essex, to Birmingham, York, Merseyside, and Kintyre in Scotland.

The aim was to get as many people as possible active on, in or near the water and to raise awareness about marine conservation. Go Blue! is part of the Ecover Blue Mile 2014 programme and many of the events raised money for its partner charity, MCS.

The weekend got under way on Friday 6 June, when schools held special events to teach youngsters about the marine environment and some students also got the chance to go kayaking.

Here are just a few of the watery things that took place for Go Blue!

In Devon, students from Marine Academy Plymouth had a day of learning and fun at the city’s waterside Mountbatten Centre, where they had kayaking sessions on the water and hands-on marine biology lessons provided by the Marine Biological Association (MBA). The day went down well with the youngsters. Student Tony Roberts said: “This is such a cool way of learning! It’s great fun.”

At Bassetts Farm Primary School in Exmouth, professional writer and school volunteer Jo Earlam wrote a story especially for Go Blue! which the 7-8-year-olds read together. The story told the plastic plight of Tony the Turtle. Jo said: “The children loved it. They were totally engaged the whole way through and were asking lots of questions about Tony. What really struck a chord with them was that dropping waste here has an impact thousands of miles away. They also loved seeing a picture of their local beach in Exmouth.”

In Brixham, the town’s community-run Shoalstone Seawater Pool held a 50-mile swim challenge for MCS, with every length swum being added to the total. They reached 360 lengths and the challenge to complete 1,500 lengths continues.

In Pembrokeshire, there was a weekend of snorkelling safaris and surfing taster sessions organised by YHA Broad Haven, for people of all ages.

Just up the west Wales coast, the surf club at Aberystwyth University organised a 1-mile kayak paddle off the beach – and the nine paddlers struck lucky when they were joined by three dolphins, including a mum and a baby. Organiser, university student Laura Truelove, said: “Wow, it was amazing – we couldn’t have hoped for better!”

In Kintyre, there was a 4-mile coastal walk from Claonaig to Skipness, where the walkers were able to take in some stunning scenery and marine wildlife, and in Edgbaston, Birmingham, the Inland Stand-Up Paddleboarders held a SUP and canal clean-up day.

Other school events included sea-themed lessons and art at Legh Vale Primary in St Helens, where children designed posters and wrote ‘news reports’ on why the sea is important, while at Crownfield Infants in Romford, the children dressed up as sea creatures and made a huge collage. Lucy Peek from Crownfield Infants said: “It was fantastic!

“The whole school came dressed as Nemo or mermaids and the children made a huge collage using bits of plastic and bottle tops we’ve been collecting for weeks. The collage takes up a big wall and it shows all sorts of sea creatures and shells. The children paid 50p each for their non-uniform day and they had a great time.”

Marine and coastal ecologist and BBC Springwatch presenter, Maya Plass, led a team of 11 divers to collect rubbish from the sea in awful conditions off Torbay. Maya, an ambassador for the Ecover Blue Mile, said: “The visibility was appalling and it was raining so not ideal conditions. However, we managed to get a full bin-bag of rubbish from the sea bed, beach and harbour at Babbacombe.”

Head of fundraising at MCS, Andy Bool, said: “A big thank you to everyone who organised and took part in Go Blue! events this weekend. It’s incredible that so many people have joined in to raise vital funds to protect our amazing seas.”

Conrad Humphreys of the Ecover Blue Mile said Britain’s first Go Blue! had been a resounding success: “I’ve been amazed at the way this has taken off so quickly. Our aim is to get people out and about, enjoying the blue environment – and learning about it too. And Go Blue! has certainly achieved that. I feel as though Go Blue! has connected us all together in our love of the sea, which is just brilliant.”