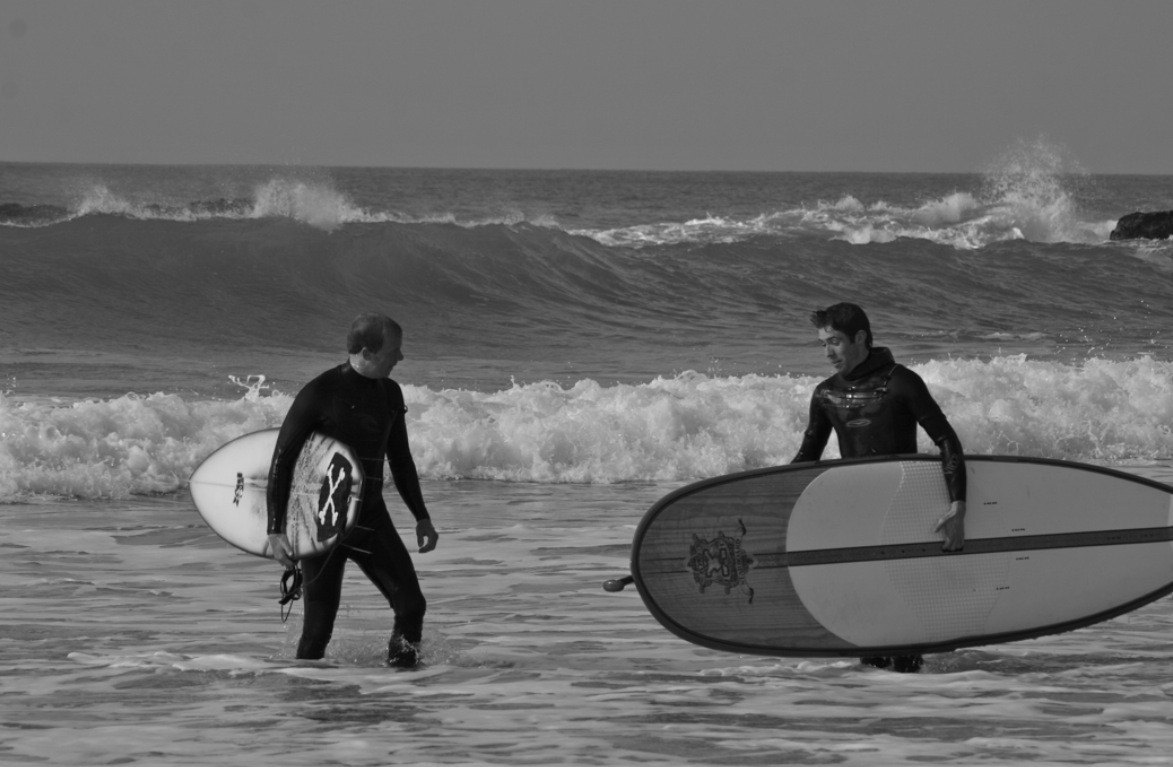 Schooled in the tubular beachbreaks of Cape Town Andy has approx 25 years surfing experience. Although grovelling in contest surf isn’t necessarily his forte; rumour and unconfirmed reports from the South Devon area suggest that he knows what he’s doing when it comes to paddlesurfing (although elderly dog walkers and grumpy shortboarders seldom make reliable witnesses!) Andy talks us through his experience of  discovering the joys of SUP surfing after previously surfing for many years…

Moving from surfing to paddlesurfing

It’s all just surfing… whether you have a paddle or not, in the end we’re all just enjoying that glide once the wave grabs hold of us and we’re off down the line! Whilst the racing scene currently seems to be overshadowing paddlesurfing, looking at any SUP magazine or blog shows that it’s still the surf side of things that captures people’s imaginations the best. Over the last 25 years I’ve surfed both longboards and shortboards; finally the paddlesurf bug has gotten hold of me and I’m not looking back. There have been plenty of days when I probably should have retreated to my paddle-free roots, yet the superior speed and glide is proving difficult to resist!
So many surfers just get frustrated because they’re bobbing around and not catching waves on their matchsticks. All too often it’s taken out on paddleboarders. “Why!?” you ask in equal frustration. Well, we’re catching more waves and are no longer just passengers on the ride, we’re starting to rip!  No surprise then that more and more surfers are looking up at me with longing in their eyes and quietly admitting to themselves “That looks like a lot more fun.”  So if you’ve spent some time on a matchstick and now want to put a paddle in your hand, here are some of my learning experiences in migrating from surfing to paddlesurfing.

“The board is bigger – An obvious statement, but consider the implications. You’re not going to be able to stand on that 6’1 x 18 at 30 litres on the flats, but please note a paddleboard is NOT a blown-up longboard!”

The board you’re on has some guts to it and you need to surf it accordingly. Paddlesurfing is more reminiscent of playing rugby than some light-footed dance (and I’ve got the bruises to prove it). Surfboards tend to be sensitive to the most minor changes in weight distribution and often require the most delicate of weight adjustments. In contrast, on a paddleboard you tend to stomp, lean, drive and push with all your might! Your first experience on a paddleboard will probably be to lean gingerly forward in the hope of turning your board which will remain stoically on course, whilst you end up face first in the whitewater. The earlier you learn to commit more bodyweight and muscle power to your turns the better, besides you have a new magic wand to help!
Having a paddle enables you to do many more manoeuvres than if you were armed only with a board, so learn to use it asap! I first got hooked on using my paddle, bottom turning my 10 footer in solid 4-6ft surf. It’s unreal how much you can lean on the blade when moving at speed. There was no way I could have got that board up the face without using a paddle, which allowed me to extend my body way out over the water to gain the leverage required to turn the big board at speed. I’m slowly learning to put the paddle to greater use; it comes into play in just about every move: Dig it into the face to add leverage to a forehand snap or as a brace on a cutback or tail-slide. However, coming from a prone surfing background it’s not always intuitive and sometimes I still don’t know which side is best, but the experimentation continues.
Soon you will learn to look at the surf in different light. Those crumbly mushy peaks that were previously ignored will become launch pads into the wave and those boring closeouts become untapped wide open faces to race down. Even paddling out becomes a fun new game, but that’s a whole other chapter. So, once you’ve had a ball in the surf you previously looked on in disgust, it’ll be game over and a whole different conversation down at the surf shop!  – Andy Pieterse

Have you tried SUP surfing yet? If not, why not… you might be pleasantly surprised! Don’t be afraid to pick up a paddle!

If you were previously a surfer but have now got the SUP surfing bug, what made you make the change…