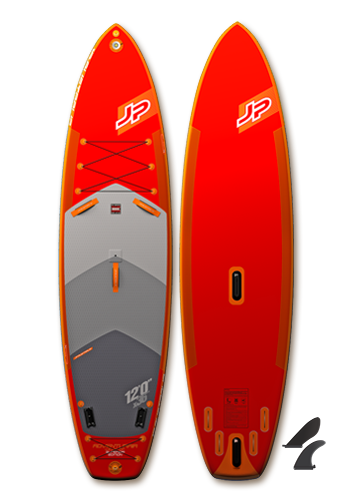 The Adventurair can do it all – windsurf, white water paddling, fishing and touring. The Scotty mounts for fishing rods, the mast plug for windsurfing, the wide array of bungee straps, D-rings and handles, Adventurair has it all! The quad setup with four 3” short soft fins is there for those shallow river pockets or white water action. You can add the middle fin for added traction and a center fin for better upwind performance while windsurfing.

The Tail Rail Edge enhances the performance of the boards by allowing a quick water release. This technology is featured on the SE and LE models.